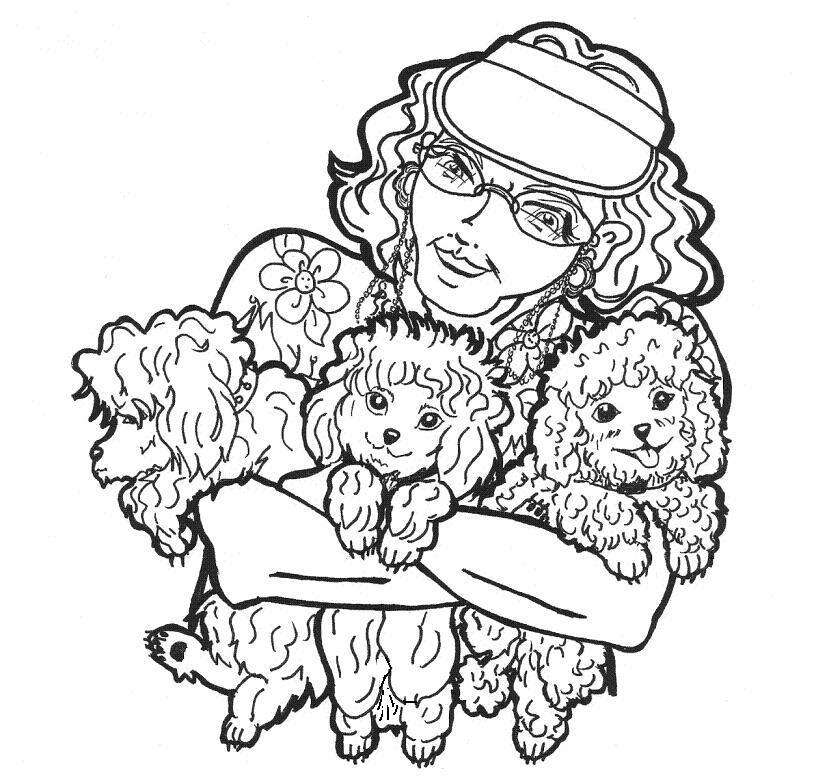 Yesterday Brianna was crying herself a river about Mom and Dad not letting her get a dog.

Seriously, she kept whining the same thing over and over again, “Me and Miss Penelope want a doggy friend!!!”

I thought she was going to curl up in the corner and start shaking and drooling like she was having a seizure or something. That’s how DERANGED she was acting!

That girl needs some serious professional help (not to mention a crash course in grammar!) I tried everything I could think to calm her down…not because I’m a nice sister or anything. Just because she was driving me bananas!!

I ALMOST offered to take her to the mall with me, Chloe, and Zoey…then I remembered I’d rather sew my eyes shut with a dull needle and dental floss than hang out with her for the whole afternoon in public.

OK, so I felt a LITTLE bad, which is why I stuck around for a while, and even sat through a little of iCarly with her. But nothing seemed to work!

The truth is I don’t really want a dog. If it was up to me, we’d get something much more unique and maybe even exotic. How cool would it be to have one of these for a pet:

OK, so I’ve read this is not actually legal, but it totally should be!! It would be Happy Feet 24/7 at my house! Penguins are just ridiculously cute!

They live half their life on land and half in the water…which means I’d have a perfect excuse to make my parents put in that under-ground pool I’ve been begging for. It’s a win-win all around, right?

It’s like a REALLY big cat that happens to have dagger-like claws and a taste for human flesh! I know this is SUPER dangerous, but I like to live on the edge. 🙂

I’m joking!! I wouldn’t want a full grown tiger. I’m kind of attached to my head and limbs. But maybe a baby one would be cool. Last Christmas my mom was all like, “Want a Snuggie to curl up with?” NO! I’d far prefer a Bengal cub!!

I know what you’re thinking: What about swine flu? NOT SCARED!! I hardly ever get sick…except this one time recently when I put sour milk in my cereal and hurled so much I’m pretty sure a part of my stomach came out. But that’s beside the point!

A pig would be a cool pet because it would be my own personal Babe. I’d hang out with him on my front yard with a “Guess his weight” sign, like my own little county fair. Then I’d charge $3 per guess. I’d make BANK!!

I think it’s pretty obvious why I want a pony. WHO DOESN’T?!? I think Brianna set her sights too low when she asked for a dog.

It’s like saying, “Mom, will you take me to the mall to go on the small horse ride outside of Sears?” when she COULD have asked, “Can we go to Disneyland?!”

I hate to sound like I’m all about the money, but just think of how much I could make taking my pet pony to birthday parties! Then I could buy tons of art supplies and MAYBE wear some clothes that AREN’T from department stores for a change.

Of course that means I’d have to listen to tons of crying kids saying stuff like “Me want birthday cake!!” But it would be totally worth it!

If you could have ANY KIND of pet in the world, what would YOU want?