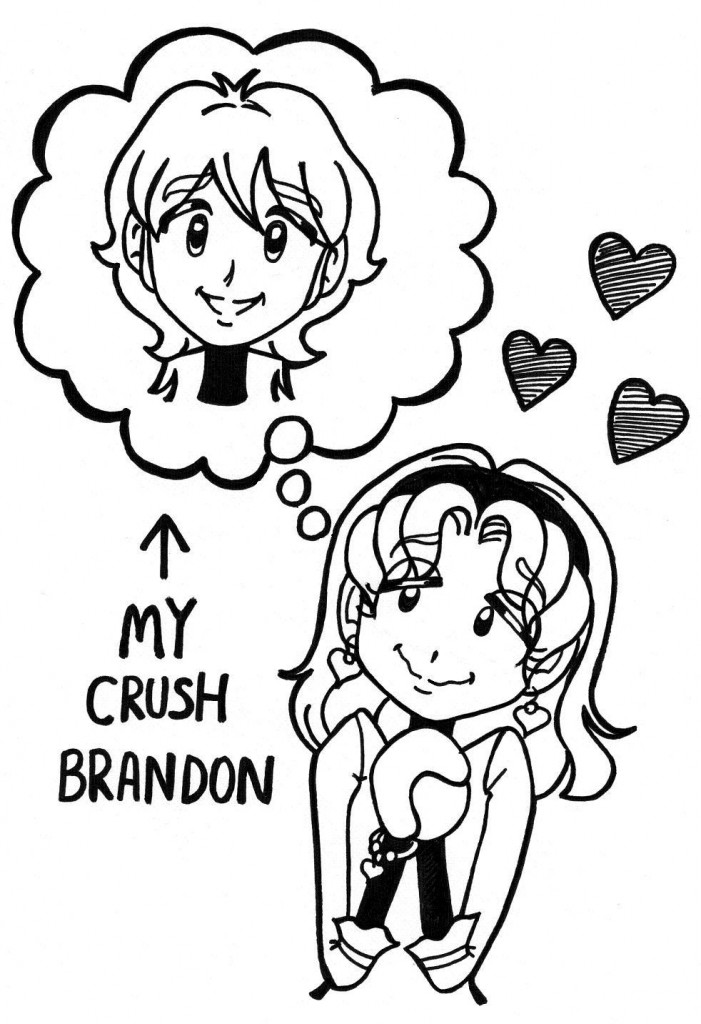 Have you ever noticed how people look a lot like their dogs?

It’s totally true!  My Paris-Hilton-with-a-perm neighbor could be her poodle’s identical twin.  I am SO not lying!

Then there’s my dad’s vertically challenged friend, Bruce (that’s a super polite way of saying he’s kind of short and stubby).  He has chubby cheeks and always has this scowl on his face.  The first time I met him I was convinced he looked like someone I knew.

It all made sense when I saw him holding his bulldog, Spike.  OMG!  It was like I was seeing double!!

I was  curious about this,  so I Googled, “Do people look like their dogs?”

I like to know random stuff like this so I can casually mention it over dinner and look super smart.  Kind of like in that movie Jerry Maguire where the kid was all like, “Did you know the human head weighs eight pounds?”

Anyway, psychology experts say people look a little like their dogs because they pick their pets based on their habits.

I bet you $100 that MacKenzie makes her dog wear miniature, cutesy versions of her LAME Fab-4-Ever fashions.  That would totally be cruelty to animals :-p!

Anywho, when I was reading about people’s dogs,  I started thinking about how other things you choose say a lot about you.   Like for example, hmmmm, I don’t know…how about…your CRUSH!

YEP!  That guy who gives you a severe case of RCS, also known as, ROLLER COASTER SYNDROME!

Just for kicks and because I have an hour to kill before America’s Next Top Model comes on (I  so LOVE Tyra!),  I made a little guide just for you.   Enjoy!!!

You’re the kind of girl who likes to talk about things…A LOT! You crush on emo boys because they’re all sensitive and stuff. Just beware the moody ones. Sometimes dark and brooding guys can be kind of a downer!

IF YOU LIKE TROUBLEMAKERS (you know, the kid who spends so much time in the principal’s office that he’s on a first-name basis with the receptionist—like, “Hey Flo, nice sweater vest today!”)

You don’t really like following the rules and your crush on boys who make their own. They seem so confident and…well, bad! And let’s face it: there’s something kind of exciting about a boy who’s totally unpredictable. It’s like, what will that crazy kid do next?!

A word of caution my rebel-loving friends: sometimes the bad boy is BAD BAD news!!

IF YOU LIKE PREPPY GUYS  (think collared shirts, polos, and a general feel of being ironed from head to toe)

You’re totally organized. You probably have color-coordinated folders for every subject, and maybe, just MAYBE, you aspire to fold sweaters at Abercrombie & Fitch. A preppy boy makes you weak in the khaki knees!!

IF YOU LIKE MUSICIAN TYPES  (OK so this one is fairly obvious, but in case you’ve just arrived on Earth, I’m talking about future Justin Biebers).

You’re totally into music, and you’re probably also super creative and passionate, just like your crush.

And let’s be honest: you also want the attention of walking down the hallway with the band boy.  Everyone’s always like, “Nice set for the talent show!” or “Saw you on YouTube!” or “Would you sign my forehead?!?”

IF YOU LIKE JOCK GUYS  (football, baseball, basketball, you name it—NOT the kind you play on the Wii!)

You very well may be reading this with pom-poms mere feet away. Cheerleaders are ALL ABOUT the jocks!! They’re not the only ones, though. Girls who crush on jocks usually fall into two categories: CCP or aspiring to be CCP.

So…how do you think I did?

What type of crush-itis are you suffering from;  Emo, Bad Boy, Preppy, Pop Star, or Jock?  Are there any boy types I need to add? Inquiring minds want to know!!    Post your comments below.

My next blog update will be on  Tuesday, June 28th.