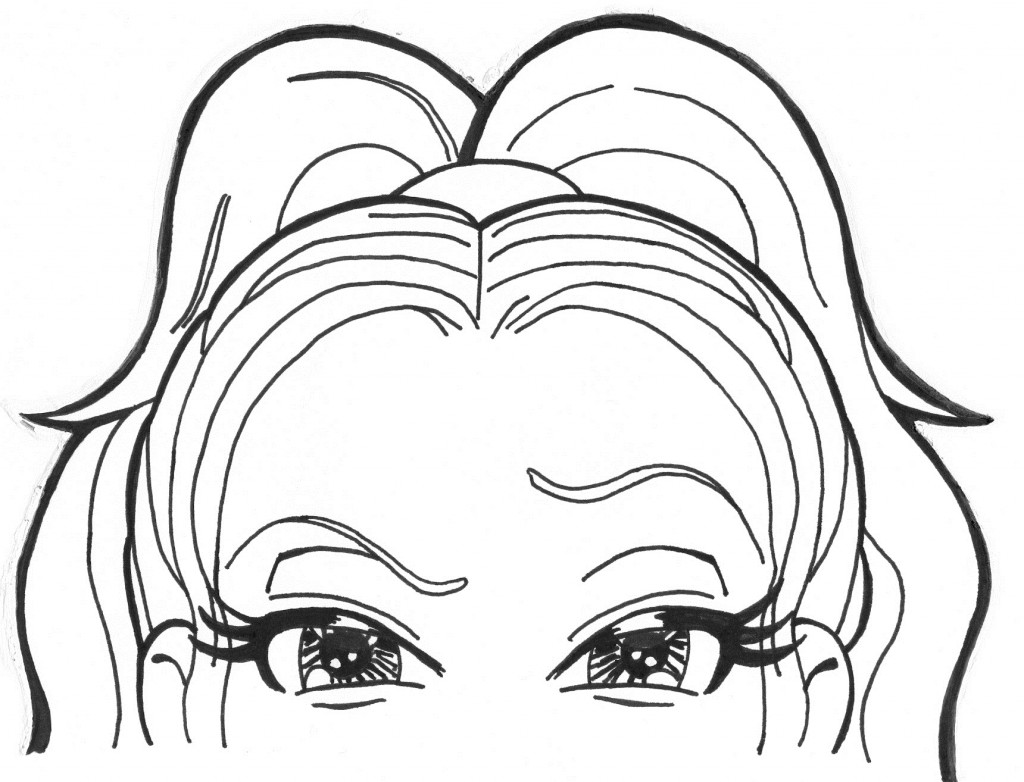 MacKenzie is SUCH a drama queen that she makes reality TV look about as boring as an episode of Barney! (Remember him? The big purple dinosaur? Yeah…me neither! Moving on…)

So the other day in school, she was all like, “Who smudged my locker mirror? I demand to know RIGHT NOW!” Like someone got a hold of her locker combination, opened it really stealth-like so no one would see, and then put a big old lip gloss smudge right on the middle. She’s SO delusional!

Let’s make a pact that we will NEVER go to the drama dark side like that! Not sure if you’re already a drama queen? Take my quiz and find out!

1. You walk into the cafeteria on pizza day and see that they’ve run out. That means you need to take the alternative option—a crusty cold cut sandwich. You:

a. Freak!! It’s SO not fair that all your friends got pizza and you didn’t. You’re seriously considering talking to the principal about this. Pizza is like AIR—it should never run out!

b. Grab a sandwich and then think about pizza so much that you start seeing it everywhere you look, kind of like in cartoons when a fat guy’s stranded on a desert island with his skinny friend who suddenly looks like a hotdog. You can’t help it—pizza deficiency can easily make a girl hallucinate!

2. Your BFF borrowed your favorite white shirt, and then spilled grape juice all over it. This means:

a. You’ll need a day to cool off before talking to her, and you will NEVER lend her a shirt again. Not unless she promises to wear a straight jacket underneath it so she can’t even hold drinks, let alone spill them!

b. You may have to throw it away. Man, that stinks! You’re kind of annoyed with your friend, but you’ll get over it…eventually.

c. You’ll get to try that new stain stuff your mom bought. Maybe you’ll record it to put on YouTube, like one of those stain commercials when you see a huge ridiculous spot magically disappear.

3. You’re walking by your crush when all of a sudden you sneeze really loudly and some green stuff comes shooting out of your nose. You just know:

a. He’s never going to talk to you again! He’ll always remember you as the weird girl who shoots projectile snot out of her nose, like some kind of disgusting face weapon. It’s the worst day ever!

c. You need to start carrying tissues around. You’re a little mortified, but it’s not the worst thing that’s ever happened. You read enough embarrassing stories in magazines to know it could have been WAY worse!

4. Your mom is late picking you up from school. You were hoping to go to the mall with your neighbor and her mom, but they likely already left. You:

a. Give her the silent treatment in the car. You were waiting practically FOREVER and it’s SO not cool!

b. Tear up a little. You really wanted to go with them! But you don’t want your mom to feel too bad. She probably has a good explanation.

c. Ask your mom to drive you there so you can meet up with your neighbor. Every problem has a solution!

5. You transfer to my school and meet MacKenzie, and she says something super snotty to you, like, “I thought our school was already at dork capacity!” You:

a. Start hyperventilating! This is the worst thing that could have possibly happened! You just moved, and you already have a CCP enemy!

b. Talk about her all day to anyone who will listen. You won’t cry or anything, but you’ll probably think about it a lot. It’s kind of a big deal!

c. Don’t say anything, and just find me to hang out with instead! You’re not going to flip out because one bully said something really mean to you. And you definitely won’t shout some rude comeback. That’s not your style.

You should consider auditioning for the school play because you are ALL about drama! It’s not totally your fault. Sometimes small stuff can seem like a really big deal! If I were Tyra, I’d say, “Girlfriend, you need to chill!” But I’m not, so I’ll just say this: even the worst stuff can be a lot less annoying when you take a deep breath and try to laugh at yourself a little. I do it all the time—because I know I’m SUCH a dork!

You’re kind of like a drama princess. You’re not full-on MacKenzie dramatic, but you sometimes get really worked up over small things that go wrong. Most people fall into this category, because it’s right in the middle. When I start losing my stuff over something silly, I turn to Chloe and Zoey instead. No matter what goes wrong, we still have awesome friends who are there for us!

You’re SO not dramatic that you’re kind of like the Dalai Lama. (He’s this totally famous monk who’s all chill all the time!) You don’t let too much bother you, and you’re really good about seeing the bright side of things. You should come to my city and school some of the CCPs! Seriously, school would be a lot more relaxed if everyone had an awesome attitude like you. 🙂