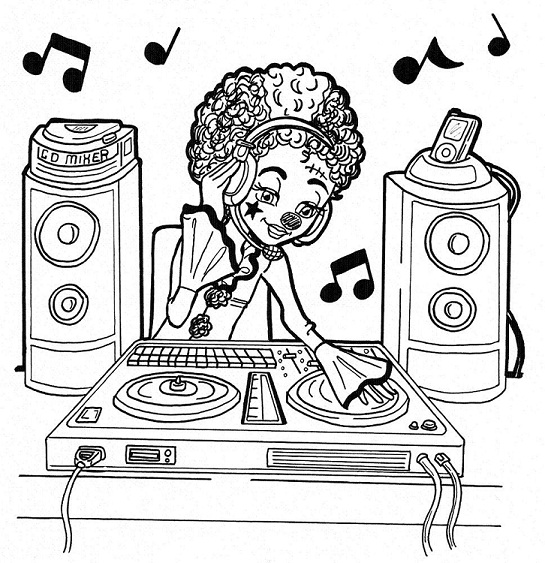 Squeeeee!!! That’s me BURSTING with excitement to tell you about the Halloween Dance from earlier in the week!

You already know I ended the night in a TOTAL candy coma, but what you DON’T know is that Brandon Roberts totally told me he’s madly in love with me at the dance!!

Okay, so that might be a slight exaggeration, but he DID put MacKenzie in her place AND slow dance with me five different times, which is pretty much the same thing!

In the beginning of the night, I was super nervous. I thought Brandon was going to ask me to the dance like a BAZILLION times at school, but every time it seemed like he was going to do it, he said something random instead.

And: “Nikki, I’d love it if you would…do a great job on your science test. Um, because I care about your grades. Good luck!”

And my favorite: “Nikki, if you’re not already going with anyone, would you…walk to the bus with me? It’s, uh, always better to walk with someone…you know, the buddy system!”

I considered asking HIM, since getting him to ask ME was kind of like pulling teeth—using a toy wrench.

But Chloe said it would be “so much more romantic if we just saw each other across the crowded room at the dance and then JUST KNEW we were meant to dance together…on Halloween and for the rest of our lives!”

That girl reads WAY too many romance novels!!

Maybe that’s why I ate my weight in candy before the dance. I was SUPER nervous about what would happen between me and Brandon!!

Luckily, I knew I’d have Chloe and Zoey to hang out with no matter what. I love those girls!!! Zoey went as a ballerina, and Chloe went as Taylor Swift (which is pretty much just a blond curly wig and a flowery sundress. Does that girl own anything else??)

As for me, I decided to go as a cute clown, with this big curly wig and a red thingy on my nose.

The night was off to a great start…until I got to the dance. I’ll give you 10 points if you can guess the first person I saw! (You can’t actually do anything with those points…they’re just a sign that you’re cool. :))

It was MACKENZIE! And she was totally blocking the door to the girl’s bathroom. She didn’t see me coming up behind her….which is why she kept repeating, “MAYBE I’ll dance with you Brandon” in different tones while looking at herself in her compact.

It was like she was trying to find just the right combination of surprise and DELUSIONAL confidence. Brandon would NEVER dance with her. Or would he? And where was he?

I was starting to FREAK OUT a little until I saw him by the punch bowl, wearing a pirate costume. He looked SO SUPER cute!! It was just like Chloe said! We saw each other, and we started walking toward each other like there was some kind of magnetic pull between us.

It was SUPER romantic and perfect until MacKenzie saw and stuck out her foot to trip me. Seriously, who does that???

It felt like slow motion when I fell to the floor. All I kept thinking was, “Why did I eat so much candy?? Brandon will never look at me the same after he sees me spewing chocolate chunks!”

Luckily, I didn’t hurl but my face turned as red as MacKenzie’s cheap lipstick. I seriously thought I was going to cry…until all of a sudden, I heard, “Not cool. Seriously not cool.”

Brandon was talking to MacKenzie! I bet she didn’t practice her reaction to that! 🙂

After that, he helped me get up, led me to the dance floor, and put his pirate hook behind my back.

It actually kind of hurt a little, but I didn’t mind at all. Brandon Roberts it TOTALLY in love with me!!!! 🙂

Btw, I’ll try to post every Tuesday and Thursday from now on. Have an awesome weekend everyone!!~