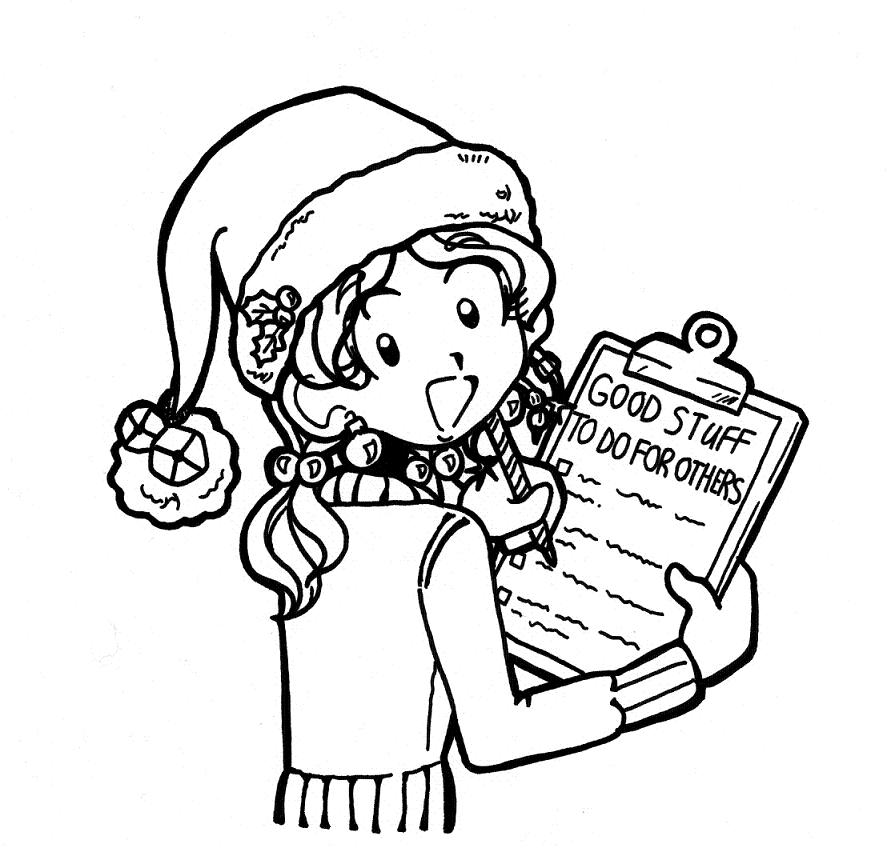 I’m SOOOO excited!!! The holidays are like the best time of the year. You might even say the most wonderful time….IF you were writing a Christmas song. 🙂

I seriously think people should have Christmas trees year-round. Everything is more fun when there are lights and candy canes close by!! Maybe I could make up some statistics about Christmas cheer improving grades to sell my mom and dad on that….

Anywho, I know I wrote a lot about gifts and stuff this month. Let’s face it: it’s really cool to get things you want!

But I also know that the holidays aren’t ALL about presents. It’s also about being good to other people. (Like Cher said in Clueless, “’Tis a far better thing doing stuff for other people….”)

So I decided to do some good deeds this week. You know, like random acts of kindness. Here’s what I’m thinking:

First, I’m going to do something nice for the teachers in my school. There’s this one teacher named Ms. Donaghue who has a cane. I feel bad for her because there are some super mean kids that make fun of her behind her back.

SO not cool! She’s HANDICAPPED people! So I decided to offer to do some really cool art on her cane. I could make it look like a candy cane for the holidays, or I could do flowers or whatever.

Then there’s this other teacher named Mr. Duncan who has pretty much no hair. I don’t think anyone’s ever told the dude that sunscreen is his friend, but that cue ball of his is SERIOUSLY burned, like year round!

So I’m going to get him a tiny stocking and put sunscreen in it. It’s a gift that keeps on giving….the kind that says, “Even though you give WAY too much homework, I care enough to help you prevent skin cancer!”

I’m also going to do something nice for poor kids. This one’s kind of easy. In the mall, they have this big box for toy donations. It would be SUPER awesome if they took used stuff, ‘cause Brianna has some loud annoying toys that I’m sure she wouldn’t miss!

But since they don’t, I’m going to take $5 to the Dollar Store and get a few little things. I won’t win any prizes for best gift or anything, but hey it’s the thought that counts!!

The last thing I’m going to do is bake cookies. And eat a ton of them.

NO, that’s not the act of kindness (though I think that I deserve some kindness too!!) I’m planning to invite Chloe and Zoey for a cookie making party, and then we can have one of our parents bring them to a shelter for homeless people.

I think that’s a super nice thing to do! Because everyone feels better when they’re eating melty chocolate chip cookies, right??

And of course I’m going to do some good deeds for Chloe and Zoey. They’re my BEST friends!! And they’re ALWAYS there for me. I love those girls!!

I was thinking of offering to do some cool nail art for them or something else creative so I can use my MAD art skills!

Then there’s Brandon. Though really I think he should do a good deed for ME and stop by again like he did on Thanksgiving. OMG that was so awesome!! Hopefully this time my grandmother won’t show up late and make me look like a TOTAL dork…

But I won’t hold my breath!!

What are YOU looking forward to the most about Christmas…or whatever holiday you celebrate??