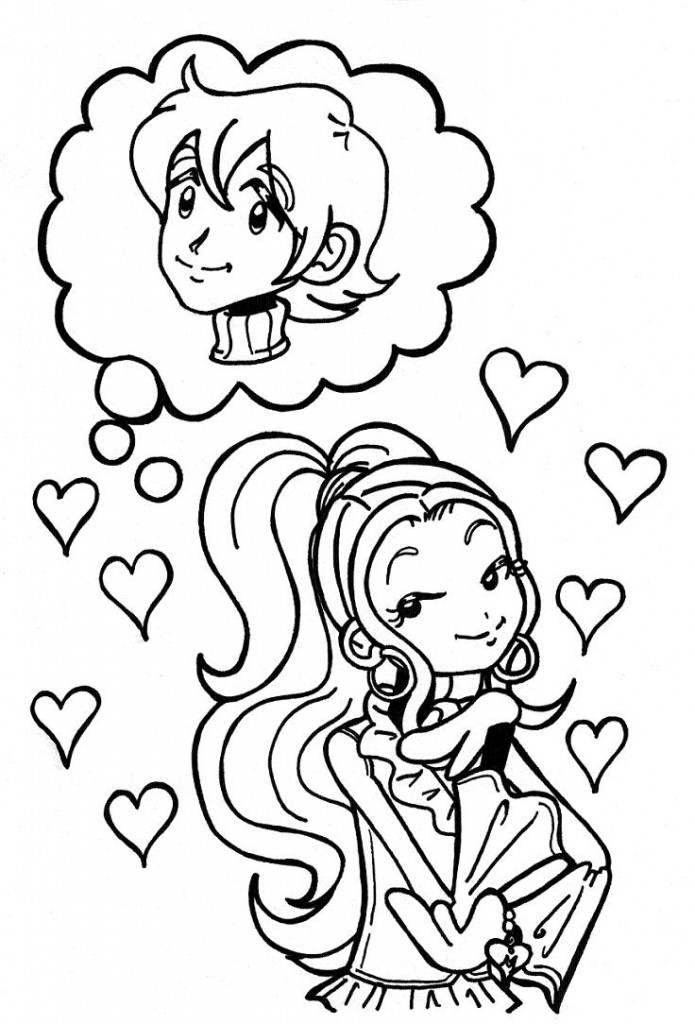 What is WRONG with that girl?? Sometimes I wonder if her mom dropped on her head when she was a baby, because MacKenzie is SO delusional!!

The other day, I was talking to Chloe and Zoey at my locker, and I was all like, “Do you think I should get Brandon something for Christmas?” (I still haven’t decided, and it’s SO close!)

MacKenzie overheard and she was like, “You should…because he’s probably going to get YOU something. His family is REALLY big into charity around the holidays!”

So I said, “Um, charity? Really? Is that how you got those cheap polyester hair extensions…at the Salvation Army??” except I said it in my head so no one heard it but me.

Then she said, “He’s probably going to get ME something, so you really shouldn’t bother!”

I didn’t have time to say a thing, because right after that, she started walking super fast toward Brandon. I FREAKED OUT! I had this vision in my head of her telling him in slow motion, “Nikki wants to marry you…”

(Yes, I think in slow motion sometimes. Everything is SO much more dramatic that way!)

Of course that would be a bold-faced lie. It’s not the 1800s… I have my OWN life to live before I let anyone put a ring on it! Though I’ll admit Nikki Roberts sounds kind of nice….

Luckily, Brandon ducked into a classroom right before she got to him. Ha!!!! I know that’s kind of mean. But SHE’S so cruel and nasty!!

If she wasn’t such a horrible human being, I would TOTALLY help her with her crushes. First, I’d give it to her straight, just like Tyra would. I’d be like, “Girlfriend, Brandon ‘aint interested, so you need to step!” (That’s called tough love. If I said it NOW, it would just be tough because I SO don’t love MacKenzie!!)

Then we’d sit around braiding each other’s hair and giggling while coming up with schemes to make her other crushes fall head over heels in love with her. And I’d even pass notes for her in class.

Seriously I would put myself on the line and risk detention to help her find true love. That’s how awesome a friend I would be if she weren’t the WORST person to ever walk the face of the earth!!

You’d think the embarrassment of being ditched by Brandon in the hallway would have been enough to chill her out. But NO! Later, at lunch, she walked by my table, smiled, and dropped a note on my tray.

I looked at Chloe and Zoey and said, “Um, did we wake up in some kind of parallel universe, because the only time MacKenzie ever smiles at me is in my dreams…right before her head explodes and buckets of lip gloss come shooting out!”

I opened the note and it said, “Isn’t it time we became friends? Go look in your locker!”

I want to be friends with MacKenzie about as much as I want a full body cast, but I was curious, so I went.

When I got to my locker, I saw Brandon walking toward me. For a second I wondered if she gave him a note, too, and set us up to run into each other so we could have a super romantic moment while everyone else was in lunch.

Then a minute too late, I remembered it was MacKenzie we were talking about, and she’s NEVER nice.

I say a minute too late because there was water all over the floor in front of my locker, so I slipped and fell like a HUGE dork.

Being mean is one thing, but setting people up to fall is just plain EVIL!! What if I broke my neck or something??

Luckily Brandon ran over and helped me up, so I guess her little plan backfired.

But while he was giving me a hand, she walked by and mouthed the words, “He’s mine.” Man, MacKenzie is SO DELUSIONAL!!