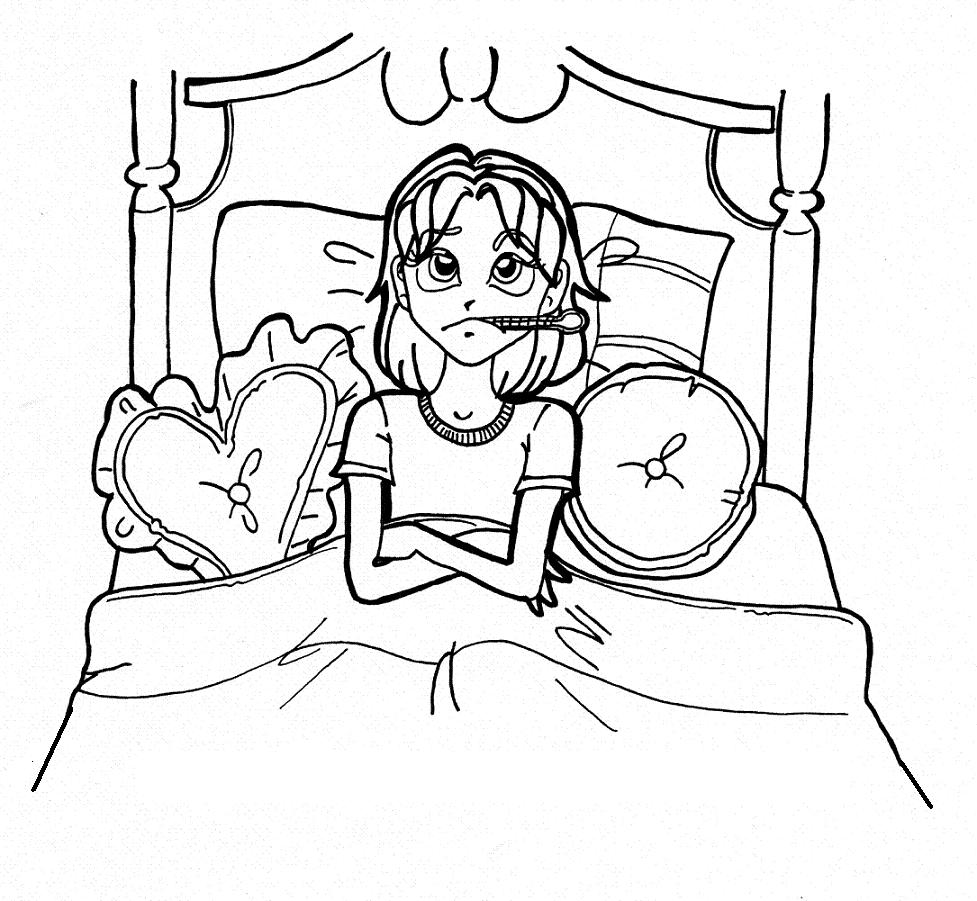 Yup, school got cancelled today because a boiler malfunctioned late last night and they needed someone to come fix it today because there wasn’t any heat…meaning no one had to go to school, and I’ve just sat around through most of it!

Why couldn’t the boiler have broken down later in the week? Don’t the Gods of school know I am SUPER SICK?!

This morning I threw up five times, but there was a silver lining there. In the process, I decided I need to add a little more split pea soup to my next batch of fake vomit, which will be totally helpful when school’s back in.

Other than that, today has been a total wash!

Brianna woke me up around 7:00 AM singing “Five little monkeys jumping on the bed!” (What’s wrong with that girl??)

I tried to swat her off my bed like a fly, but that didn’t work out so great since she’s roughly 70 pounds too big for swatting.

Since I wasn’t feeling all that great, I was even more annoyed than usual. So I rolled over to move away from her psychotic jumping and squealing. I guess when I shifted my weight on the mattress it threw her off balance, because she fell off and hit her head.

So then she started crying. First she made no sound at all, like when a baby has a big “O” face but takes a good five seconds to wind up for an ungodly, ear-piercing scream. That’s how I knew it would be bad with a capital B. And it was!

I felt bad to hear her cry, but come on…it’s right in the song! That’s what happens when those dang monkeys jump on the bed. They fall off and bump their heads. Did she not see that coming??

So my mom runs in, practically sleep walking since everyone with half a brain sleeps past 7:00 when you don’t have to get up to drive people to school.

Brianna couldn’t tell her what happened because she was too busy wailing and sniffling. I opened my mouth to explain, but instead of words coming out, a TON of vomit did.

My mom brought me some saltines at 11:30. Since I’m not a big fan of tasting my stomach as it catapults itself up my throat, I decided to pass on those.

My mom’s knocking on my door. BRB!

Back! OK, so it wasn’t my mom. Chloe and Zoey came by with board games and cards to cheer me up…even though they COULD have been at the mall or doing something equally fun. I love those girls!

I was psyched to do something that doesn’t involve my TV or computer. After staring at screens all day while cursing my EVIL stomach, I was starting to feel like a zombie!

I’m still super sick, but I’m not feeling as sad anymore. I know it sounds kinda cheesy, but I’m so grateful for my friends. 🙂