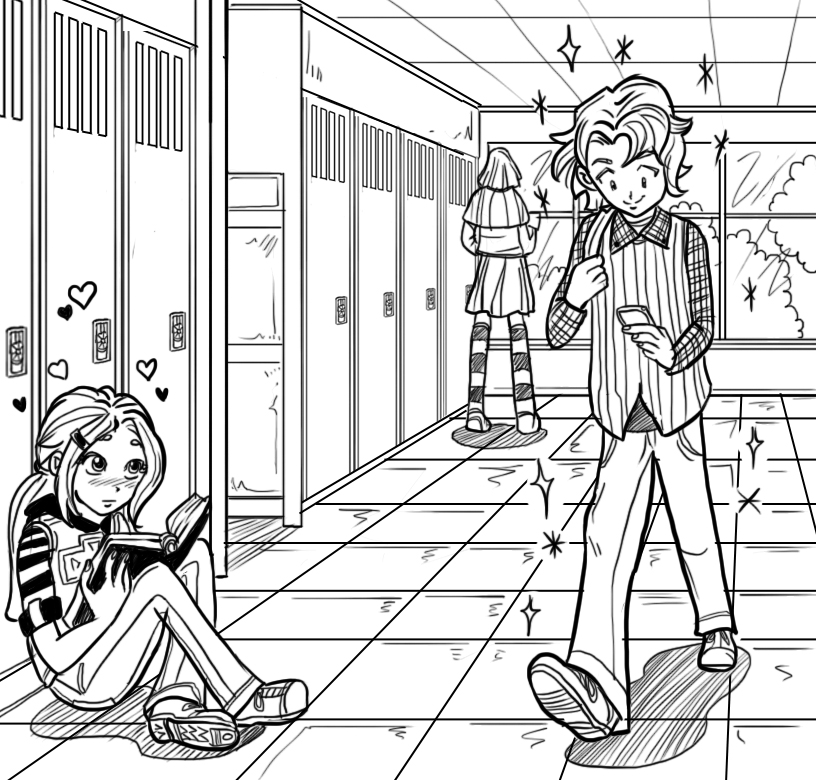 This question came in anonymously. It reads:

I’ve had a crush on this guy since 3rd grade. I’m in 7th grade and he’s in 8th and we barely, if ever, talk. How do I get him to really notice me? I’m super scared he will laugh at me…or worse!

Wow, you’ve had a crush on him for a LONG time! He must be pretty awesome. 🙂

I can understand why you’re nervous since it’s been practically FOREVER since you first decided you were into him. If you want to get him to notice you, the first thing you need to do is talk to him!

And I don’t mean being like, “Um, I think you dropped your pen!” or “Hey your shoe’s untied!” I mean REALLY talking…like a WHOLE conversation.

I know it can be scary, because you don’t know if he’ll be into you, too. So maybe it will help if you don’t think about it as getting your crush to like you.

Maybe you can think about just becoming friends with him.

I’m guessing if you’ve never really talked to him there’s a TON of stuff you don’t know about him. And there’s probably a lot he doesn’t know about you, too!

Maybe you could compliment him on something. Since I know Brandon’s into photography, I always tell him he takes awesome photos!

Another good idea is to start a conversation about something you’re both into so you can realize how much you have in common.

When I first found out about Brandon and the animal shelter, I told him how much I LOVE puppies and kittens…and it’s true. I do! (See, we’re totally meant to be!!)

But whatever you do, don’t PRETEND to like something he likes. That’s always a BIG mistake!!

Let’s say you pretend you’re all into football, but really you think a “bump and run” is something illegal you do while driving. (I googled it…it’s a football term!!)

He might start talking about football ALL the time. Not only will you be super bored, you won’t get a chance to talk about other stuff that you actually have in common.

Oh yeah, and don’t do ANY of the stuff MacKenzie does! She always brags about herself in front of Brandon, and she laughs at all of his jokes…even when they’re not funny, and sometimes when he’s not even making one!

(Like this one time he said, “Wow it looks cold outside. I sure wish I brought a jacket!” It was just an observation, but MacKenzie TOTALLY busted out her obnoxious hyena laugh!)

Lastly, try to be confident! I know it might be super hard if you have a real bad case of RCS (roller coaster syndrome).

Just remind yourself that you’re totally awesome. Unless he’s a HORRIBLE human being, he definitely won’t laugh at you. And if he IS a horrible human being, it’s probably good for you to find out so you can stop crushing on him!!

So that’s my advice: compliment him, talk about stuff you have in common, and try not to sweat it too much!

What do you guys think? Do you have any advice about getting a crush to notice you??