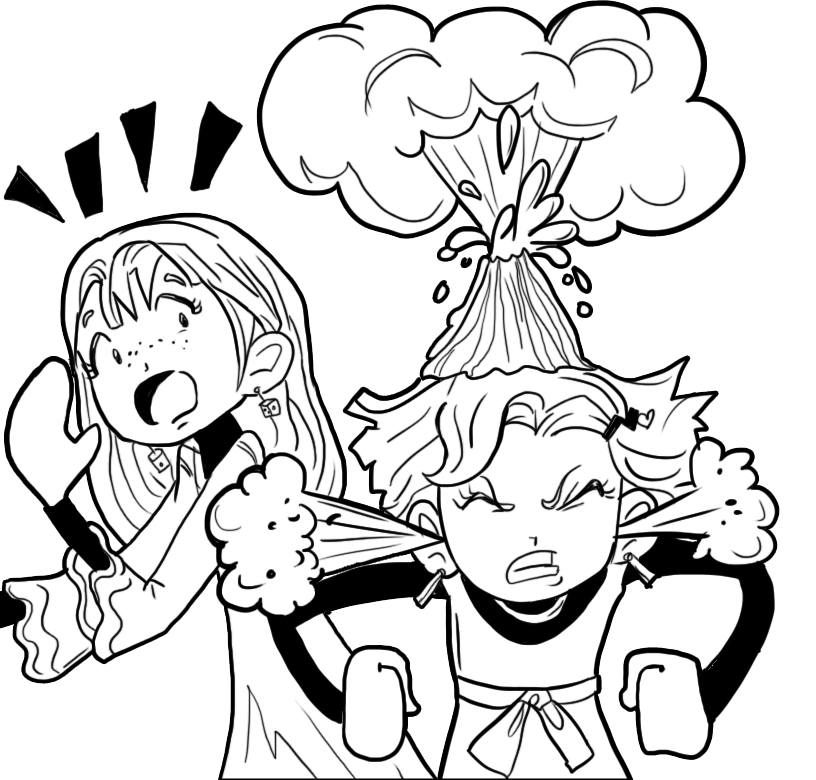 This question comes from ZiYue. She writes:

What should I do when this hot-tempered friend—who was once my BFF—flares up when the incident or whatever thing is only slightly important? My friends and I gave her more than five chances, and she just took it for granted. Should I trust her now?

My ZiYue! It sounds like your friend has some MAJOR anger issues, especially if she’s spazzing out over stuff that isn’t really a big deal.

I bet it’s super stressful to be her! I mean, clearly she lets a lot of little stuff bother her. She probably FREAKS OUT all the time, and not just with you guys.

I can picture her screaming at the mailman…like, “You’re five minutes late and I REALLY needed that coupon from Bed, Bath, and Beyond at EXACTLY 3:00. You RUINED my week!!”

I’m not telling you this to imply it’s okay that she’s so hot-tempered. I’m just saying it sounds like she has a serious problem with anger!

You mentioned you’ve given her a bunch of chances and you’re not sure if you should trust her.

I hate to say it, but if you’ve talked to her five times already and she hasn’t made a change, she’s probably more likely to grow wings and fly than learn to cool down!

Maybe you could try one more time by saying, “I’m sure it’s really stressful to get mad so much. I want to be your friend and listen if you have something on your mind, but I won’t be able to do that if you keep taking your anger out on me.”

You could also recommend that she talk to a teacher or other adult, if there’s something going on outside of school that’s making her like this.

Then if she does it again, she won’t be shocked when you stop hanging out with her.

So that’s my advice: Try to be supportive, give her some advice about getting help, and then save yourself from her wrath if she doesn’t learn to control it!

Do you guys have any advice for ZiYue?