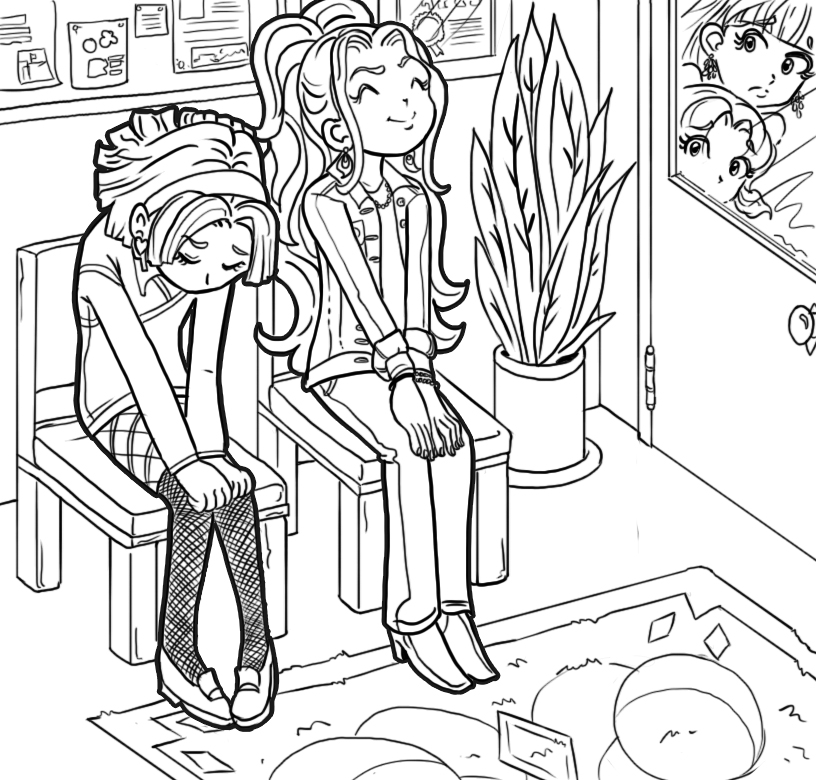 I totally feel like Ariel from The Little Mermaid right now, because I’m looking at a TON of random stuff, and it IS neat…but no, my collection is NOT complete! We have 18 more days of gift giving after today!

So far, everyone has done an awesome job with gifts!

On day two, Chloe gave Zoey and me these super cute holiday hair clips she made to look like glittery little Christmas trees.

On day three, Zoey gave Chloe and me record candy dishes. I thought that was SUPER creative! Her dad was going to throw away these old records, but instead he helped her melt them into these cool-looking bowls!

On day four, I gave Chloe and Zoey cookies in a jar…except this time I brought them to school and had my mom drive me!

Yesterday was day five, Chloe’s day again, and she gave us hot socks…another really cool idea! It’s pretty much just rice in a holiday sock, and then you can put it in the microwave to warm you up on super cold days.

Today was Zoey’s day again, and we were all pretty excited, since things have been going so well…but JUST GUESS who tried to ruin it for us? Duh, duh, duh (dramatic sound effect)…

This is how it all went down…

Zoey was late to lunch, where we usually do our gift stuff. The suspense was KILLING us, so we decided to pass the time by guessing what she might give us.

I went, “Ooh! Ooh! I know! Bookmarks with inspirational quotes on them!” That girl’s OBSESSED with self-help books, so that sounded right up her alley!

That cracked me up! I just pictured Zoey sitting on her bedroom floor, unraveling a roll, writing on every other square, and then rolling it back up.

I mean, none of us have jobs or boyfriends yet, but still, the girl has a life!

After about 10 minutes, we started thinking something might be up. We decided to go look in the janitor’s closet, in case Zoey thought we were meeting there.

On the way, we walked by the principal’s office, and saw her sitting down…next to MacKenzie!

I felt so bad for Zoey! Obviously MacKenzie got her into some kind of trouble.

Right then, the principal called them in, and we just stood there, feeling totally helpless.

Soon enough MacKenzie stormed out looking FURIOUS. Seriously, her face was SO red it looked like someone painted it!

When Zoey came out we ran over and asked if she was okay.

She said, “I’m okay…but I ALMOST lost your gifts for today!”

Then Chloe said, “LOST them? Or someone who’s PURE EVIL almost stole them?”

It was closer to the second one! I guess MacKenzie saw our fun gift exchanges over the last couple of days and got super jealous because she doesn’t do anything anywhere NEAR as cool with Jessica and the other CCPs.

So OF COURSE she tried to ruin it for us!

When she saw Zoey getting our gifts ready in little holiday bags, she actually had the nerve to tell their teacher Zoey had stolen them from her!

Since the teacher didn’t know who was lying, she sent them BOTH to the principal’s office without giving either of them a chance to explain.

When they got there, MacKenzie said, “She STOLE my property!!”

Then Zoey said, “If those are YOUR gifts, tell us what they are!”

Finally Zoey pulled the gifts out of their bags, put them right in MacKenzie’s face, and said, “So really…THESE are your gifts?!?”

They were bookmarks that read, “Chloe, Zoey, and Nikki BFFs!” (I was close with my bookmark guess!) They were SO obviously not MacKenzie’s!

Maybe if she were nicer people would make HER fun Christmas countdown gifts!

I’m just glad she didn’t get away with trying to ruin our fun. So far, this is the BEST Christmas season ever!