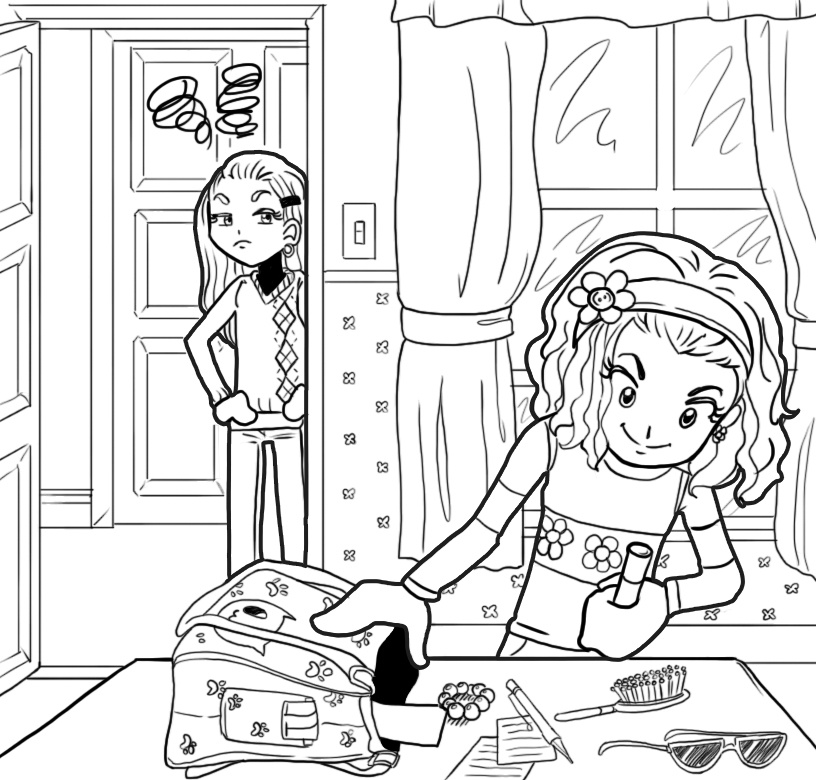 This question comes from Pam. She writes:

I have a sister who is always annoying me. When I do my homework, she always comes strolling in my room and tries to steal my lip gloss. I don’t like this, so I tell my mom, but she always finds a way to get me in trouble. What should I do?

Hi Pam! I can TOTALLY relate to your problem because Brianna is always all up in my personal business, and it drives me CRAZY!

I have three suggestions for you.

First thing: When she tries to annoy you, ignore her!! I’m sure you have awesome lip gloss, but that’s probably not why she barges in and takes it. I think she’s just trying to get you going!

Maybe she’s just super bored, so she wants to create some drama, but your bedroom’s NOT her stage! It will be a lot harder for her to get you in trouble if you don’t react to her at all.

Once she sees she’s not getting a rise out of you, she’ll probably stop doing it so much.

Second thing: I know this might sound crazy, since she’s being so awful, but when she’s NOT doing annoying stuff, pay more attention to her.

I don’t know if she’s younger or older than you, but Brianna’s usually WAY less annoying when I do that. I think she’s such a brat sometimes because she wants to hang out with me, but she thinks I don’t want to hang out with her.

Pick a time when your sister’s not doing anything obnoxious and do something nice for her. Maybe she’ll be so grateful that she’ll start being nicer to you.

If those two things don’t work, sit your parents down some time when she hasn’t done anything and tell them what’s going on.

This way, she won’t be there with a different story, so they won’t have to choose which one of you to believe.

Just tell it to them straight! Let them know she’s taking your stuff, bothering you when you’re doing your homework, and telling lies to get you in trouble.

Once they know what’s up, they’ll be less likely to believe her next time she starts making stuff up.

So that’s my advice: don’t let her get to you, try to get closer to her, and tell your mom and dad if that stuff doesn’t work!

What do you guys think? Do you have any advice for Pam?