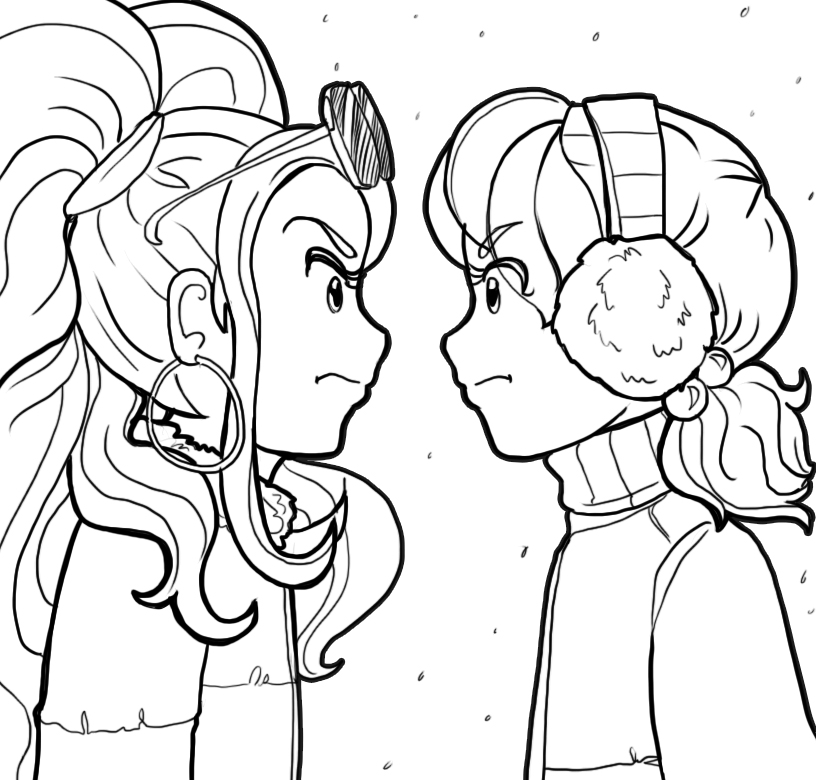 Remember last time I told you about MacKenzie trying to blackmail me over that STUPID adult diaper video?

I had to go, so I didn’t get to tell you what happened when I met up with her after school. Here’s how it all went down!

The second I saw her, I huffed, “What do you want MacKenzie??”

I knew she wanted something from me, and I REALLY didn’t want to drag this out all dramatic-like!

Then she started giggling like a mental patient and said, “Oh Nikki, that’s cute! Pretending you don’t know what I want!”

She was totally playing with me, and it was SO annoying!!

I THOUGHT I wanted to just get it over with, but I really didn’t like what she said next!

“Brandon’s birthday’s coming up. You’ll get an invite to his party, and you’ll SAY you’re going to go, but then you won’t show up. Got it?”

Can you believe that girl?! She didn’t just want me to miss Brandon’s birthday party…she wanted me to pretend I blew him off!

I don’t know why I was surprised…I mean, this is MacKenzie we’re talking about. She’s ALWAYS sinking to new lows!!

But I just don’t understand how she can ACTUALLY think Brandon will stop liking me and go for her.

Brandon and I are SUPER CLOSE friends, and MacKenzie’s a HORRIBLE human being. No stupid little stunt’s going to change either of those things!

At first I wanted to tell her she’s CRAZY if she thinks I’m going to skip Brandon’s party. Then I realized it’s still a while away, so I could always just SAY I’m going to do it to buy myself some time.

I was planning to go to Zoey’s house after school, since there’s not enough disinfectant in the world to make me feel safe at my germ-filled house. I figured I’d ask her and Chloe what they think I should do.

Chloe said, “NOTHING should keep you away from that party! You and Brandon are meant to be, and no silly little video is worth messing that up!”

I love how that girl is SUCH a lovesick romantic!!

Then Zoey said, “Chloe’s right! But I don’t think MacKenzie should get her way. She’s ALWAYS super mean and it’s just not right. I say we erase all traces of that video!”

So I asked, “What do you mean? It’s not like we can get access to her phone AND her computer!”

Turns out that was EXACTLY what Zoey meant…that we should somehow get into her house, get access to ALL her electronics, and then delete the video from all of them.

That sounded SO dangerous! I mean, we already got ourselves into a HUGE mess toilet-papering her house. Did we REALLY want to attempt breaking and entering??

We tried to think of some ways we could get into her house without sneaking in, and here’s our best idea:

I can have my mom arrange a play date with Brianna and Amanda (MacKenzie’s sister) on an afternoon when I know MacKenzie will be out.

If I go for the ride to drop her off, I can ask to use their bathroom, and then sneak into MacKenzie’s room while I’m there.

I’m not really sure I can do this!! But Zoey has a point…it’s just not right that MacKenzie’s always trying to manipulate me.

What do you guys think? Is it a good idea??