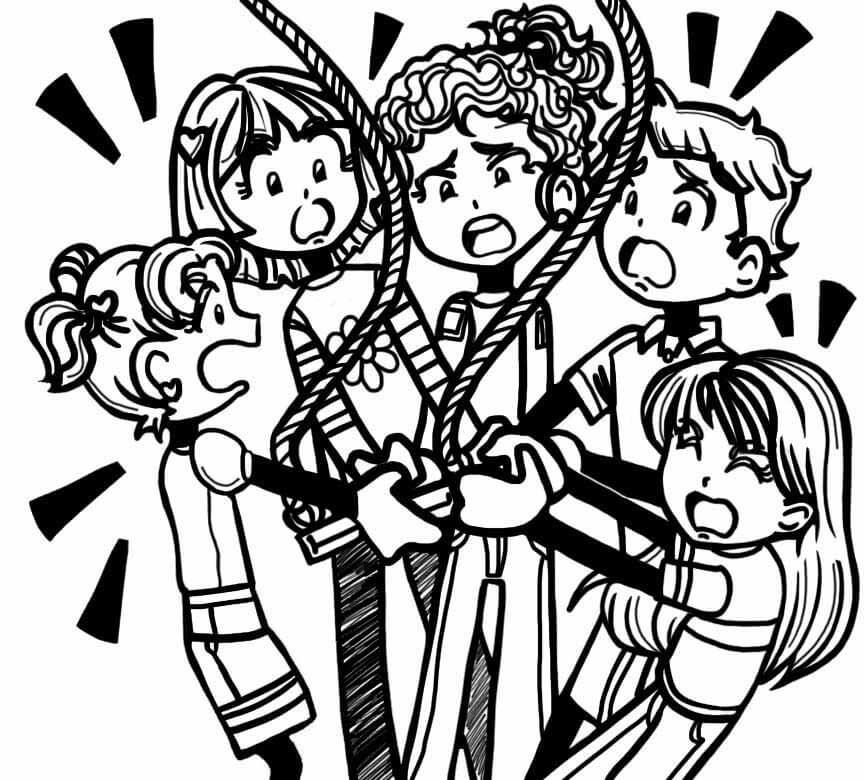 Brianna’s downstairs BAWLING her eyes out right now over something kind of dumb. No, I’m not the world’s most insensitive sister for sitting here blogging about it while she drenches our couch pillows in tears.

I tried my best to cheer her up! I told her she could play with my phone. I offered to let her wear ANYTHING in my closet (which, now that I think about it, isn’t all that nice since my clothes are kind of lame, but still…)

I even tried to turn my hand into Mr. Pendal, as if MY hand and HER hand were long-lost friends just DYING to reconnect and talk their little fist-heads off!

But NOTHING worked. And I can’t believe she’s this upset over something so RIDICULOUS!!!

It all started after school when Mom asked me, “Hey hun, want to come to the park with Brianna and me?”

And I thought, “Hmmm, let’s see…hang out with the house ALL to myself and watch Tyra videos on YouTube, or sit on a smelly bench at a crowded park while little kids throw sand at me. Tough call!”

But before I could say anything, Mom said, “Grab your coat! It’s park time!”

I remember being ALL ABOUT the park…when I was 5. Now I have no idea why I thought it was so fun.

I was sitting on the bench sketching in my diary when my mom said, “Look girls…two swings are open!”

It was TOTALLY nice of her to play swing lookout for us, but I just KNEW the second we got up to walk over, fifty kids would appear out of NOWHERE and bolt toward them at the same time.

Then there’d be dozens of dirty little hands grabbing at the chains…fruitlessly, of course! Inevitably, one kid would squish through all the bodies and plant their dirty little shorts on the seat, and that would be it!

Still, Brianna doesn’t have my superior reasoning skills, so she started running the second mom gave us the swing alert.

And from then on, it was like slow motion. I saw her swinging her arms and legs with her hair blowing in the wind. I saw her get ten feet away from the swing, and then eight, and then five.

It REALLY seemed like she was going to get one of them. Somehow, MIRACULOUSLY, no one else was running toward the swing set…until they were.

When she was just FIVE FEET away, about ten kids came out of nowhere. I mean, seriously, it seemed like they suddenly grew from the ground!

There was pushing, and screaming, and fighting.  And then, someone hopped on the swing.  And it wasn’t Brianna.  That’s when she totally lost it and started crying…hysterically!

All the little kids and their parents stopped and stared. It was SO embarrassing!

It was a full on nose-running, arms-flailing, feet-stomping temper tantrum. Eventually it got so bad that Mom said we had to go. And then Brianna got even louder. (I didn’t think that was possible, but oh yes, it was!)

You see, NONE of this would’ve happened if we just stayed at home watching Tyra!!

Mom tried to cheer Brianna up by offering to buy her some ice cream, but she STILL kept on bawling! It was probably because she knew some other kid was still on HER swing.

She’s downstairs right now crying, “I don’t EVER want to go to the park again!”

A part of me hopes that’s true…then I’ll never have to go again either! But I know that little rug rat LOVES the park, so I hope she gets over that soon!