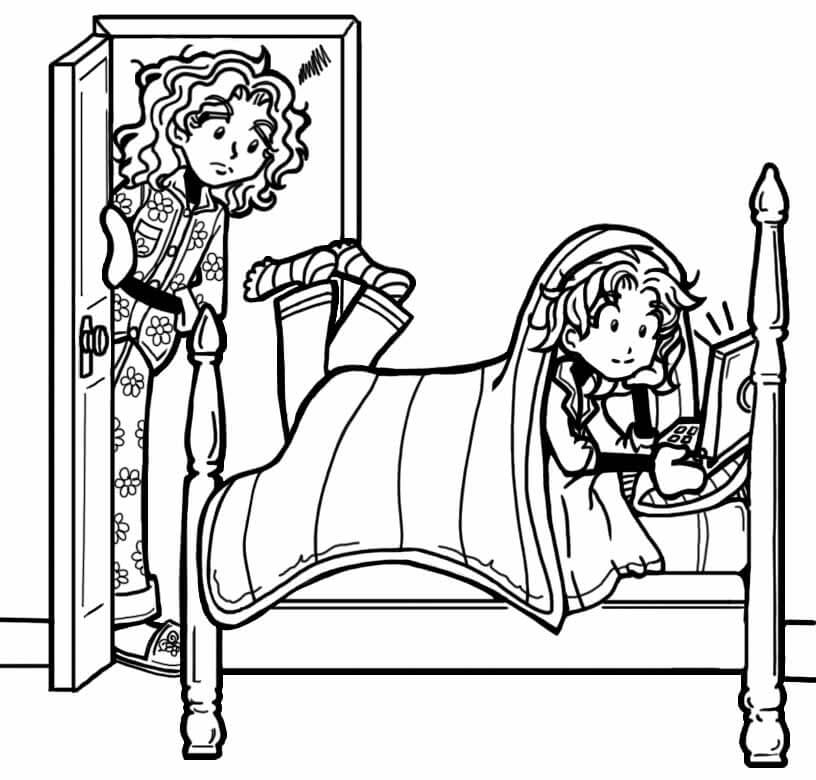 Why, you ask, do I have to speed-write this in less time than I usually spend thinking of a good title? (OK, so that’s an exaggeration…my titles aren’t THAT well thought out and amazing. But still, I like to put time into stuff!)

I have to write this RIDICULOUSLY fast because my mom and dad limited my computer time.

I’m talking about EXTREME limitations…just ONE hour online each day.

And since I already spent 45 minutes watching YouTube videos and chatting on Skype, I have practically no time to write this.

This feels like cruel and unusual punishment…and I didn’t even do anything wrong! (Well, not really…)

They actually said, “You know, Nikki, we’re doing this for your own good. You may even be happier because we made this decision!”

I wish they knew what a HUGE mistake they’re making. I’m a teenage girl…asking me to unplug and be happy about it is like turning off a lamp and expecting it to keep shining!

Why did they make this horrible decision, you ask?

OK, so it wasn’t TOTALLY out of left field. My parents decided to limit my Internet time because I got a low grade on a math test (what else is new!) and it just so happened that the night before, I stayed up super late hanging out on-line.

That night, I heard my mom get up to go to the bathroom around 1:30 AM. When I heard the faucet turn off, I assumed I’d hear her bedroom door close a couple seconds after.

But nope! Instead I saw her frizzy bed-head poke into my room, and then heard, “Do you have any idea what time it is? Did you forget that you have a math test tomorrow? Do I really need to tell you when to go to sleep??”

But instead I said, “Um, super late, I guess? OK, signing off now.”

Then an hour later, I heard my Dad walking to the kitchen to “get a glass of water.”

(I put that in quotes because that’s what he tells mom…but based on the decreasing number of oatmeal cookies and the fact that Brianna hates them, I think he’s telling tall tales!)

A minute later, I saw cookie pieces in his teeth when he popped his head into my room and said, “Nikki Maxwell…you don’t want us to take your computer away, do you? Did you not hear your mother when she said shut down the computer!”

Then I said, “No and…no? I didn’t not hear her? Or yes, I did hear her? That was a really confusing question Dad. Maybe you should rephrase it…”

The next morning at breakfast I got the “We’re so disappointed in you” talk, followed by the “School is important” talk.

Then after school when I told them I didn’t do so great on my math test, I got the “Your computer time is affecting your schoolwork, missy” talk.

One hour a day is practically nothing. I have to come up with some super smart scheme to make them realize this is a HUGE mistake.

Limiting the web is like limiting oxygen…not smart if they want me to have a life!