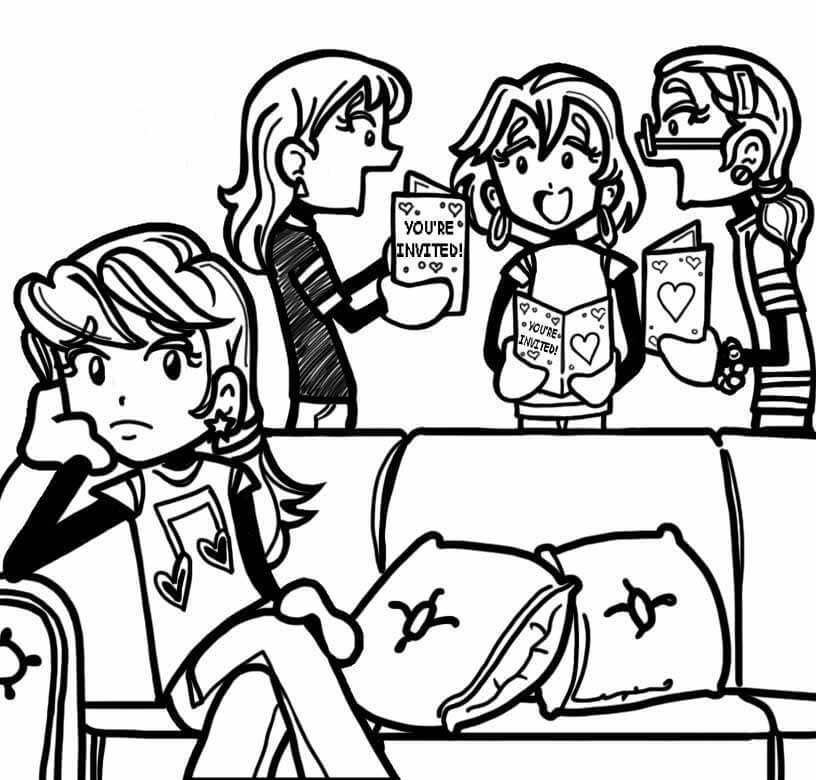 I’m 12 years old and in middle school. And as if that’s not bad enough, my friends have had parties over these past several months, and none of them have invited me.

I’m devastated! They never invite me over for anything. Should I even call them my friends?

Hey Jasmine! That totally stinks that they’ve had parties and haven’t invited you. I always feel left out when I don’t get invited to stuff…even when it’s something I wouldn’t want to go to anyways.

(I even felt left out when my dad hosted this bug barbecue at our house and told me it was JUST FOR exterminators. It sounded like the most BORING party ever and I STILL wanted to be included! Anyways…)

I can’t say for certain that you can’t call them your friends because there’s a lot I don’t know. But I DO know that it sounds super un-friendly-like to leave you out of their parties like that.

And then it’s even MORE suspicious that they NEVER invite you over…not even just to chill after school sometimes.

I mean, seriously, even the lunch lady’s invited me over, and we’re DEFINITELY not friends. (Something about, “My daughter would LOVE to see your artwork!”)

Maybe they talk to you in school because they like you, but because you’ve never hung out at night or on the weekends, they don’t feel like you’re THAT kind of friend yet.

If you invite them over sometime, they might think of you differently and start asking you to come over to their houses, too.

If you ALREADY invite them to stuff but they just don’t do it back, well, that’s a whole different story!

As Zoey once told me quoting someone named Maya Angelou, “Never make someone a priority when all you are to them is an option!”

If you treat THEM like good friends and they don’t treat you the same, then it might be time to find some new friends who realize just how AWESOME it is to have you around!

What do you guys think? Do you have any advice for Jasmine?