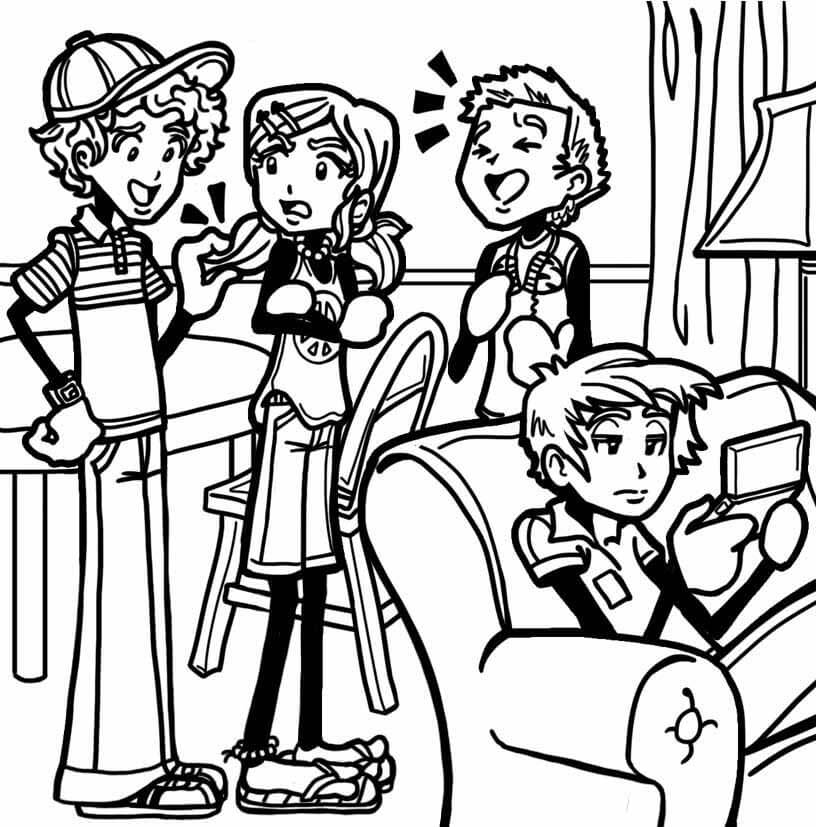 This question comes from Shyla, who writes:

My brother has some very annoying friends. If I try to be nice they are even meaner the next time I see them. And all that my brother does is sit back and watch. When I ask him to back me up, he’s always on his friends’ side. What should I do?

Hi Shyla! Let me just start by saying your brother is SO not cool for doing this to you!

I’m not saying your brother’s a bad person or anything, but he’s definitely not being a good brother right now.

Of course, he’s not the ONLY one to blame here. His friends are being totally rude too!

I don’t know how old you are and how old THEY are, but it’s possible his friends think you’re cute and they’re trying to flirt with you.

I know…it makes no sense!! But hear me out.

In second grade there was this boy who made me cry EVERY day!!

One time he threw sand RIGHT in my eye at the park. This other time he hit me in the head with his thermos. And this other time he put gum on my seat and then, after I sat on it, called me “Sticky Nikki” all day!

I thought he was the BIGGEST jerk in the whole world. (Well, the tiniest jerk…he was less than four feet tall!)

Then at the end of the school year, a piece of paper fell out of his desk and I saw it had “I <3 Nikki Maxwell” written OVER AND OVER…and I mean a ton!

I HIGHLY DOUBT our teacher told him to do that as punishment for being super nasty to me.

The kid had it BAD…and by “it” I mean a MASSIVE crush on me!

So maybe that’s why your brother’s friends are being jerks. Maybe they like you!

That doesn’t make it cool that they’re being so annoying, but that’s a different way to look at it!

It sounds like your brother’s going to side with them pretty much no matter what, so the way I see it, you have three options:

-Go in another room when they’re hanging out together.

-Stick around but ignore them instead of taking their nasty comments personally. (And you could even tell yourself, “Wow…they are SO obviously flirting with me!!”)

I know, that last one is kind of a tattletale thing to do. But hey…it’s your house too! And if they’re REALLY bothering you, THEY should have to leave, NOT you!

What do you guys think? Do you have any advice for Shyla?