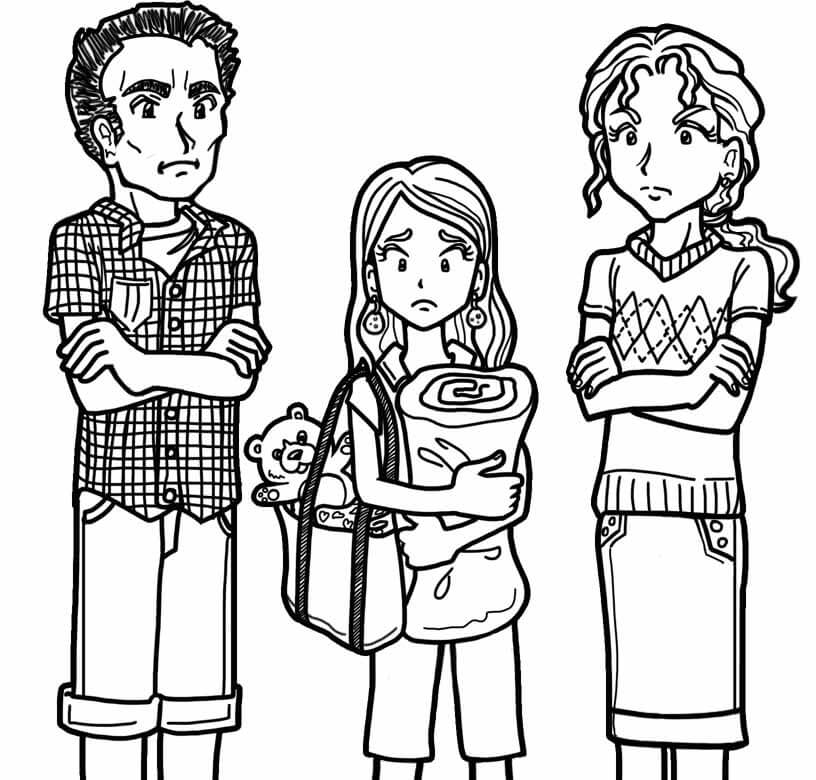 This question comes from Marien, who writes:

My parents are way overprotective. There’s going to be a really cool sleepover but they won’t let me go, even though they’ve met the parents. They keep thinking something bad will happen. What should I do?

Hi Marien! Let me just start by saying I feel your pain!!

My mom actually made me do a “half over” once. And by that I mean, she dropped me off with a sleeping bag and my PJs, but then she picked me up three hours later because she didn’t know the parents really well.

I thought it was SO lame! No one even got into their pajamas until after I left.

When my mom brought up the idea, I wanted to say, “Sure, I’ll go for HALF the sleepover. Then how about YOU go for half your pedicure next week? No really, just do the right foot! Who cares if all the other moms do both? If they jumped off a bridge, would YOU?!?”

But I didn’t say that, because I had a feeling I wouldn’t get to go at all if I did!

I REALLY wished my mom were as cool as the sleepover mom, who let all the kids go in the hot tub outside after midnight…ALONE!

When I heard about it the next day in school, I was SO bummed that I left before that!

But then I heard the rest of it: all of the girls accidentally got locked out of the house, because the cool mom had her own friends over and they were down in the basement watching a movie. One of the girls even got sick!

So what’s the moral of this story? Sometimes, crazy stuff goes down at the really cool sleepovers!!

I bet your parents have been to a couple like that or heard some stories, and that’s why they’re afraid!

Maybe you can convince them to let YOU do a half-over. I know, it’s kind of lame and embarrassing, but if they drop you off and check the situation out, they might feel comfortable letting you stay the whole night next time.

AND if you try to find a compromise instead of fighting them, they might think you’re super mature, which will go a long way the next time you want to do something they’re nervous about!

If they don’t agree to the half-over idea either, ask them if YOU can have a really cool sleepover. It will be pretty hard for them to keep you away from THAT one!

What do you guys think? Do you have any advice for Marien?