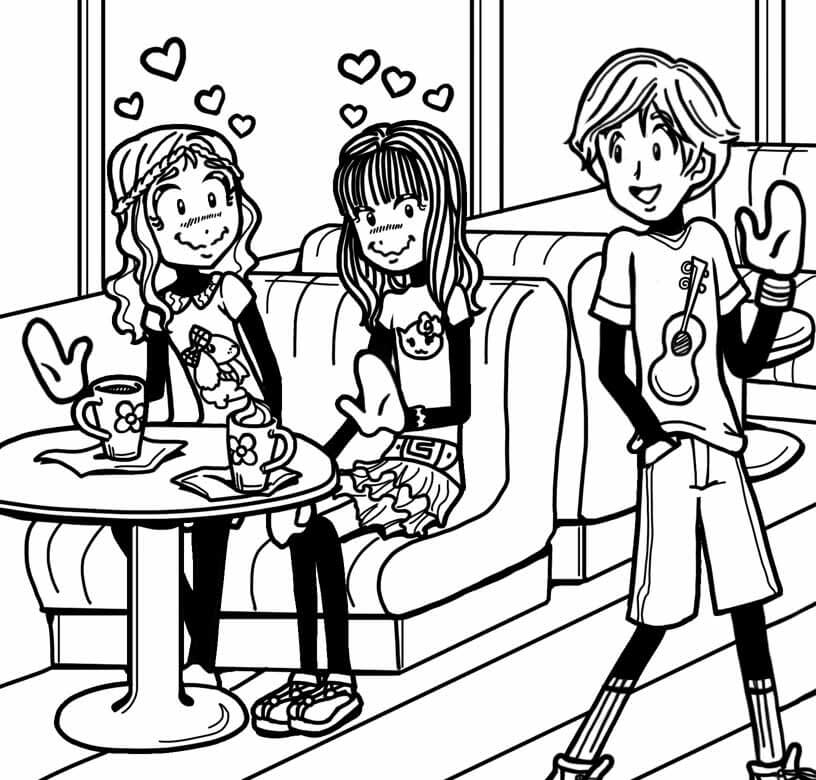 This question came in anonymously, from “Lovesick Friend,” who writes:

My iPod made a little beep sound when I was teaching my best friend Mylie how to paint with water-colored pencils. It was from my secret crush.

Mylie got real mad when I mentioned his name. She took my iPod and threatened to tell everybody. I begged her not to. She said she wouldn’t if I stopped crushing on him because that’s her crush too!

She told me to text him an “I’m-Not-Your-Friend-Anymore” message. But I couldn’t do that. It would break his heart. So, now I am looking on Facebook, paranoid that my secret’s going to be the next latest gossip! What do I do? Please help!

Hi Lovesick Friend! I was SO psyched for you when I read about your secret crush messaging you…and then totally bummed to read about what Mylie said!

It sounds like she’s dealing with a MAJOR case of crush blindness. That’s when you’re SO into a guy that you lose sight of everything else that’s super important…like friendship!

I mean, threatening to expose your secret is pretty low.

And then trying to force you to send that lame message…I wouldn’t even do that to MacKenzie, and I like her about as much as I like cleaning my toilet with a toothbrush!

Since she IS your best friend, and she’s probably feeling pretty sensitive and insecure right now, I think you should be honest with her, but do it a lot more nicely than she did to you.

You could tell her you didn’t know she had a crush on him too before you started being friends with him…but even if you DID know, you have a right to be friends with him, too.

You could also remind her that if she really likes him, she wouldn’t want him to be hurt…which he WOULD be if you sent some dramatic “I-can’t-be-your-friend-anymore” text.

Then lastly, you can tell her the obvious…that her threatening you and making demands hurts YOU, and best friends just don’t do that to each other!

It might be kind of hard for her to really see your point here (that whole crush blindness thing!). But hopefully, when she has time to think about it, she’ll realize your friendship is more important than any crush.

What do you guys think? Do you have any advice for Lovesick Friend?