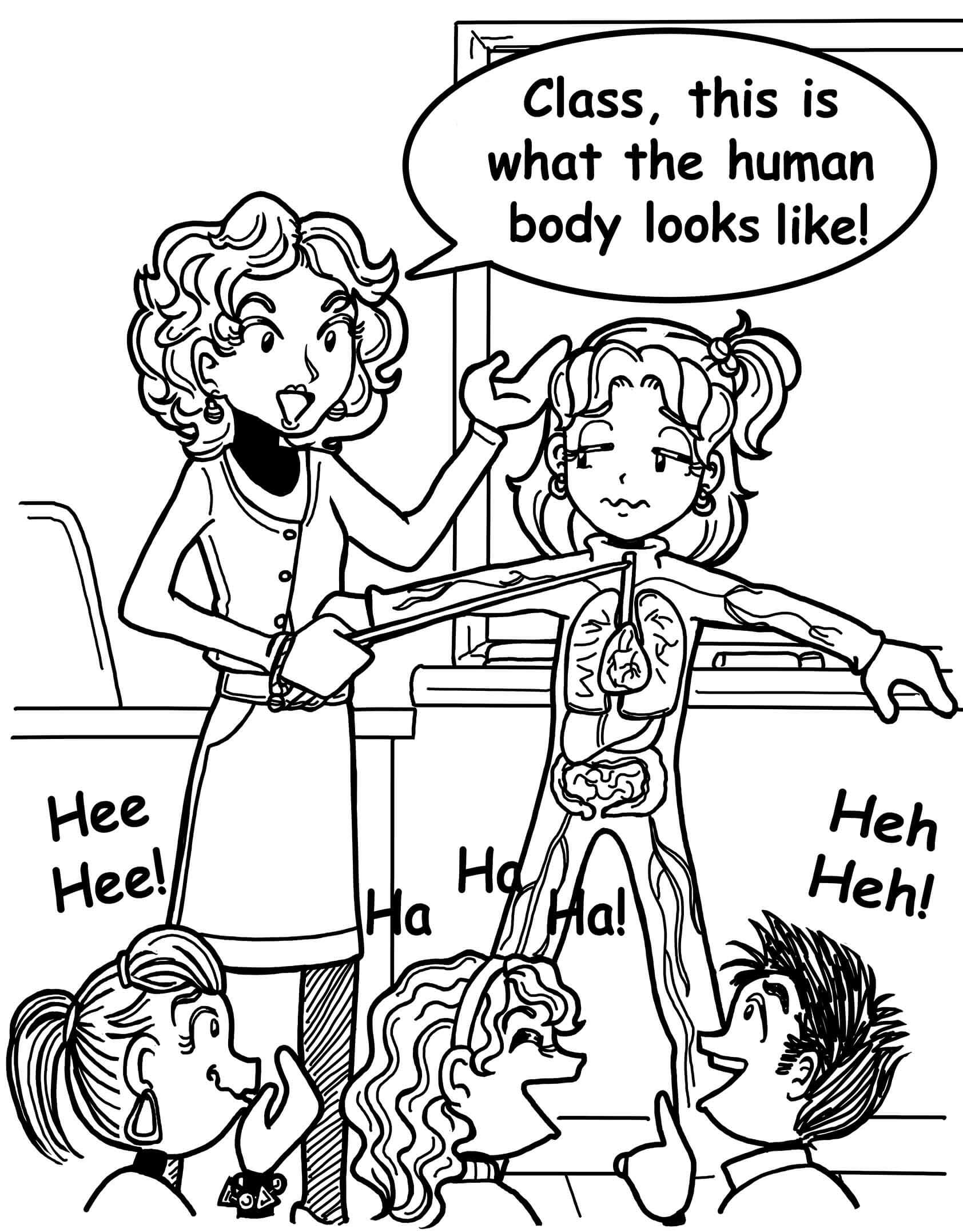 Remember that embarrassing “I think biology is all kinds of awesome” note that I ended up having to read in front of my WHOLE CLASS last week? And remember how my teacher said I’d be her “special assistant” the following day?

You won’t believe how that went down!

After I smiled awkwardly at my teacher and tossed the note in the trashcan, I ran out the door to follow Brandon so I could explain what had really happened.

I mean, there are worse things in the world than your crush thinking you’re SO into biology that you write long, geeky notes about it, but still, I wanted to give him the REAL message!

Once I caught up with him, he jokingly said, “Now I know what to get you for your birthday…biology flash cards, because education is cool!”

I got SO RED that my face looked like a huge glob of ketchup with eyes! Then I said, “Yeah, about that…”

Right as I was about to explain the coded message about hanging out after school, he said, “Got to run…I’m getting dismissed for a doctor’s appointment. See you later!”

I was disappointed because I was REALLY looking forward to spending more time with him, but also, I was hoping he’d help me come up with an excuse to avoid playing teacher’s assistant.

I asked Chloe and Zoey for advice, but neither was all that helpful.

Chloe said, “You should do it! It could be an AWESOME opportunity to impress Brandon!”

Apparently, she forgot Brandon ISN’T Bill Nye the Science Guy and is in NO WAY impressed by a passion for biology!

Zoey said, “You should just tell your teacher the truth. ‘Honesty is the first chapter in the book of wisdom.’ Thomas Jefferson.”

Another suggestion I filed under, “Well-meaning but totally unhelpful advice from friends!”

I considered making a batch of fake vomit, but we were out of pretty much every ingredient.

Since I had to go to school, and biology was my first class, I had to come up with something at the last minute. I was FREAKING OUT!

Right after I sat down, I took out my notebook and started jotting something down super fast.

Brandon looked at me with this totally cute smirk and whispered, “Writing a note, huh? Haven’t you learned anything?”

Awww! He was SO flirting with me!

Right then my teacher walked in and said, “Good morning, class! I’m excited to have a special assistant today…Miss Maxwell!”

After I stumbled to the front of the room, I handed her the note I’d written. It said:

“I am all kinds of bummed! I REALLY wanted to help with the lesson today…but I have laryngitis!”

She read it and then said, “That’s okay…you won’t need your voice!”

Then she pulled out this weird looking one-piece costume that looked like a human body with no skin, and said, “Today we’re going to review the human anatomy…all you need to do is put this on over your clothes. I’ll point things out and do all the talking!

OMG, I was HORRIFIED! It would be like that crazy stress dream when you come to school naked…except way worse, since there was no flesh!

I REALLY didn’t want to stand in front of the whole class wearing it, but I didn’t know how to get out of it.

I had to stand with my arms and legs out for almost twenty minutes, and it was INSANELY awkward and embarrassing!!

I couldn’t hear A THING my teacher said, even though I was standing right next to her, because the class laughed at me pretty much the whole time!

After she told me I could take the costume off and go to my desk, I handed it to her and she whispered, “Maybe want to hang after school?”

I thought that was TOTALLY inappropriate and weird, since she’s in her forties and doesn’t seem like the hang-around-talking-about-crushes type.

Then I remembered…the code! She must have grabbed the note from the trashcan and figured the whole thing out. And the human anatomy costume thing was payback!

After class, I explained the whole thing to Brandon, and told him…I have DEFINITELY learned my lesson. No more passing notes for me…it’s not worth the HUMILIATION!