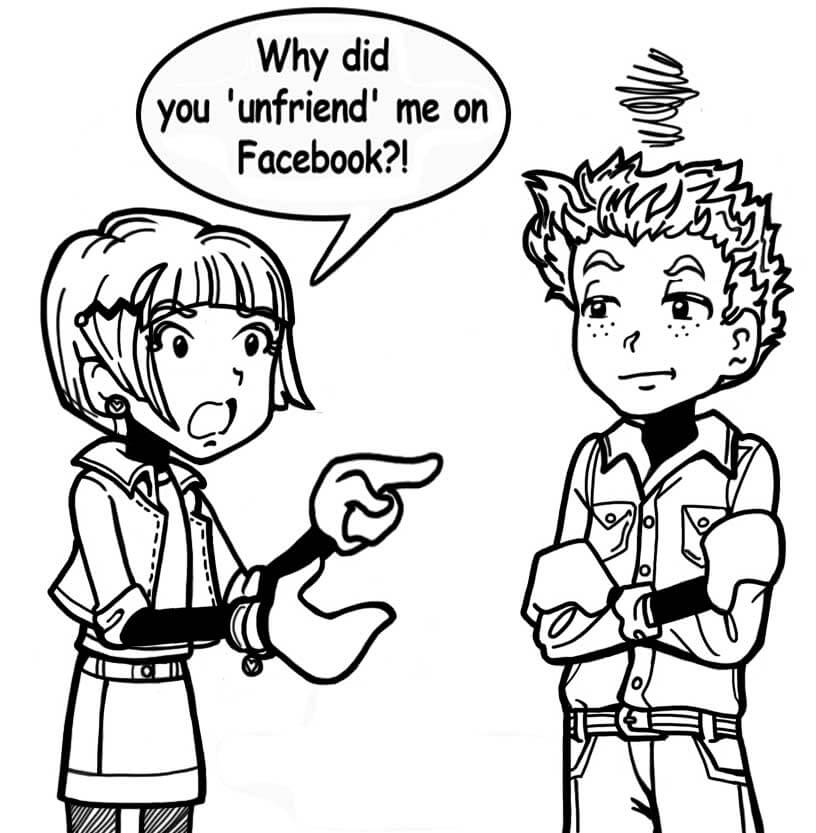 I have this huge crush on someone in my class. One night, on Facebook, he wrote something with one word misspelled. I teased him and said that he got the word wrong. Then he got angry with me, and we had a HUGE argument.

The next day at school he wouldn’t even talk to me. And I hated it. That night, I chatted with him on Facebook and told him I was sorry. He said “okay,” but the next day, he said he didn’t accept my apology. I got angry with him and we started fighting again.

I feel guilty. I want to be friends with him, but every time I approach him, my legs turn to jelly. What should I do?

Hi Hannah! As a total diary-writing dork, I ABSOLUTELY get why you pointed out the spelling mistake. I do stuff like that all the time. (I’m like a human spell check!)

It stinks that he’s being so dramatic about this. It’s not like you handed him a deodorant and said, “This will help with that cat pee smell coming from under your arms!”

I mean, I get why he felt embarrassed at first. No one likes making mistakes or feeling dumb! But you apologized, so now it’s over!

Unless what you ACTUALLY said was, “I’m sorry for pointing out that you’re stupid! Truce?” there’s no good reason why he shouldn’t let it go and move on!

Here’s what I would do if I were you. I’d try one more time to smooth things over with a cute, funny Facebook message, something like:

“I hate that where fighting over a word. Your such a good freind. Can we make up?” 🙂

Maybe after reading this he’ll be able to laugh at the whole situation so you guys can go back to the way things were!

If not, maybe it would be best to stop talking to him for a bit so he has some time to think the whole thing through.

I’m sure he’ll get over it when he realizes he misses chatting with you. And if he doesn’t, this misspelled word may be a blessing in disguise…because you deserve friends who would NEVER ditch you over something as silly as that!

What do you guys think? Do you have any advice for Hannah?