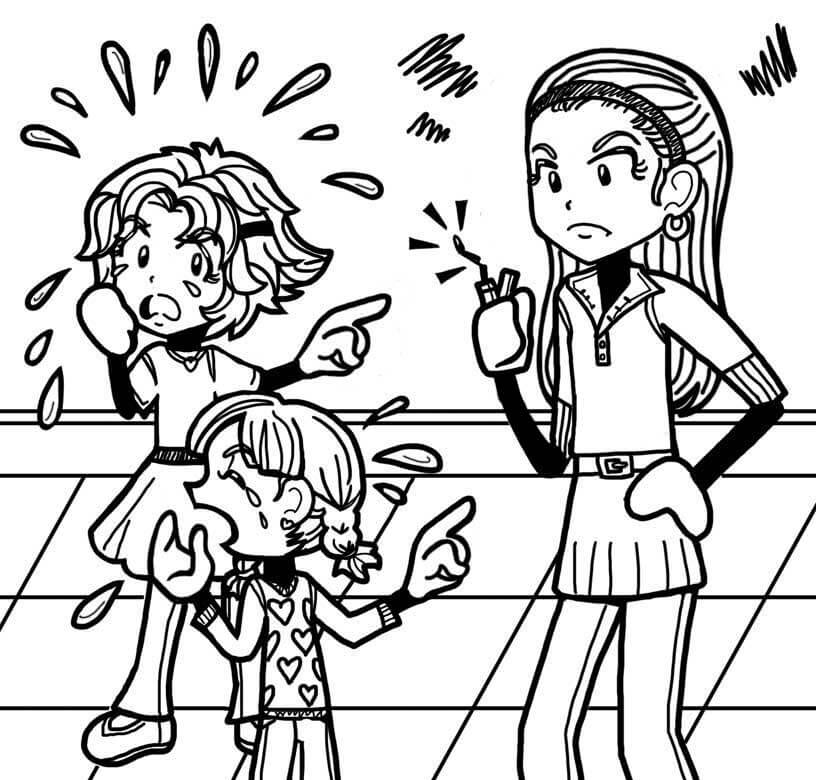 I have two annoying cousins, an eight year old and a four year old. They always break my stuff, and they always bother me. One time, when my sister and I were eating breakfast downstairs, I forgot to put my favorite lip gloss in my make-up kit.

When I went back into my room, I saw it broken in half. My closet was open and my cousin was playing with my powder on the floor. I was so angry I got red and screamed at them, and then they ran downstairs.

When I followed them, I saw them crying. They told their parents and mine that I had hurt them. I tried to tell them that they ruined my stuff and were lying, but they didn’t believe me. Instead, they told me to get in my room and think about what I had done. What should I do?

Hi Danie! I’m sure this is TOTALLY frustrating, but have no fear…an annoying little kid expert is here!

I can’t even count how many times Brianna has touched stuff I told her was off limits, broken other things, and lied about me to my parents.

Sometimes I wonder if she’s possessed or something, because one minute, she’s all syrupy sweet, and then BAM! Instant brat!

In my six years of dealing with my tiny terror sister, I’ve learned three great tactics for dealing with incidents like this.

1. Hold onto the evidence! So your cousins broke your lip gloss AND were playing with powder on your floor.

Moms are WIRED to care WAY too much about home stuff, like floors and rugs…so even if she didn’t care about your broken lip gloss, that powder pic could have gone a long way to support your cause!

2. Catch them in the act! Instead of using your phone to take pictures of the cousin crime scene after the fact, you could set up a video camera in your room (or have a web cam on when they’re over).

This way, when they’re all “Danie hit us!” you can say, “Actually, if you refer to Exhibit B, you’ll see extensive video footage proving BEYOND DOUBT that I did no such thing!”

Once your cousins are caught lying, they’ll be like the boys who cried wolf when they try to pull it again!

3. Plead your case! If you can’t use technology in any way, then use the only tool you have…the power of persuasion!

Find a time when your cousins aren’t over to sit your parents down and set them straight.

Remind them of your amazing track record of NOT hurting people physically. If it’s totally out of character for you to do that kind of thing, odds are they’ll believe you when they’re not all caught up in the drama of your cousins’ tears.

You can also ask them what THEY would do if someone went into their room…uninvited…and broke their stuff. This way, they’ll have no choice but to put themselves in your shoes and realize how much it stinks!

What do you guys think? Do you have any advice for Danie?