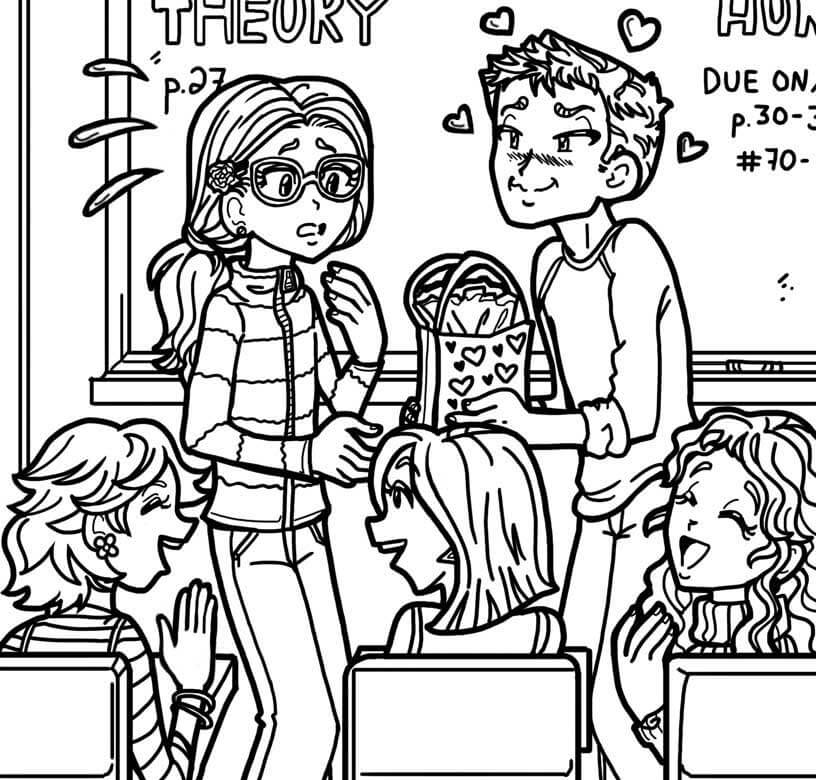 This question comes from Lea, who writes:

There is this boy who expressed his feelings for me in front of our whole class. I was super embarrassed about it and decided to tell him I don’t like him, but when I went to talk to him he gave me a gift. Now everyone is pairing us up together, even though I like someone else. How can I say no to him without breaking his heart?

Hi Lea! This sounds like kind of a tricky situation. On the one hand, you’re not into this boy at all. On the other hand, he’s SO super sweet that he actually bought you a gift!

In coming up with advice, I tried to think about how I would feel if EVERYONE was telling me that Brandon and I would make an awesome couple, and I bought him a gift, but he wasn’t into it at all.

Find a time when you can talk to him alone…some time when he won’t have to see other kids right afterwards. This way, if he’s upset, no one else will see!

(Not saying he’s going to cry or anything, but you never know…and why add a lifetime of teasing to the bruised ego he’s going to have after you two talk?)

Maybe you can ask him to talk to you after school, before you both go home.

I think you’re really awesome because ______________ (insert genuine compliment…nothing lame like “You always raise your hand first in history!”)

About all the stuff other kids have been saying: I know everyone thinks we should be paired up because we’re both so awesome, but I actually have a crush on someone else.

And if you want to tell everyone else we BOTH decided to be friends, that’s cool with me.”

That’s what I would do, and that’s what I’d HOPE someone else would do if I were gift boy…well, gift girl!

What do you guys think? Do you have any advice for Lea?