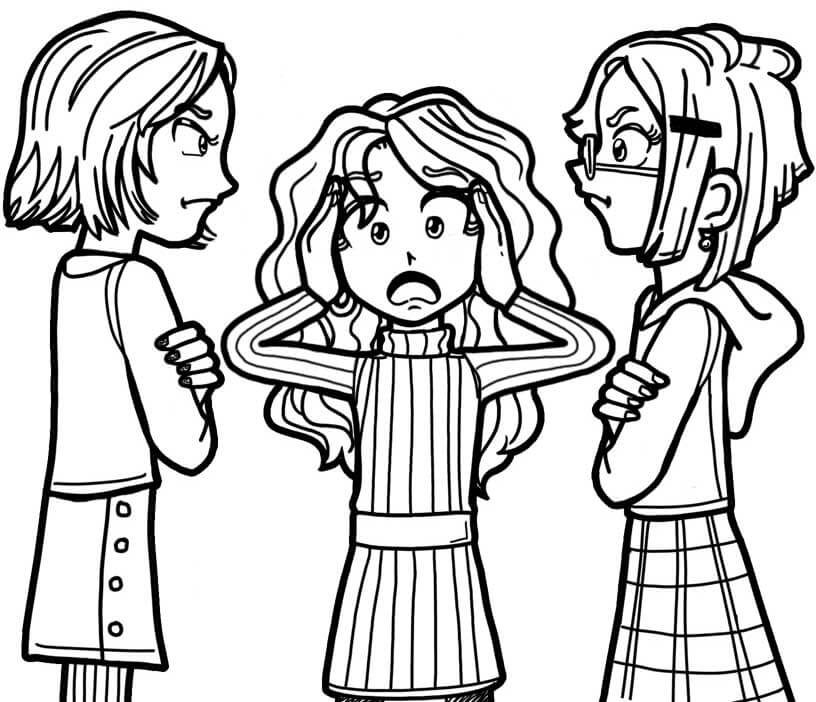 Today’s question comes from Rachel, who writes:My two BFFs, Aimee and Flora, act really awkward around each other. Whenever I hang out with them one at a time, Aimee goes off with this girl named Kaya, who is WAY too loud and gabby for my personality.

I’ve lost friends before by being possessive, and I don’t want it to happen again. But whenever I hang out with Aimee, Kaya says, “Aimee is MY best friend!” and then she gives me an evil stare.

My only other option is to hang out with Flora, which is really fun, but I don’t want to lose Aimee. What should I do?

Hi Rachel! I totally feel for you, because it sounds like you’re dealing with a TON of intense friendship drama. I got exhausted just reading about it!

Let me just say that your BFFs are lucky to have you because you sound like an AWESOME friend to have, especially since you learn from your past friendships.

Kaya, on the other hand, didn’t get the memo that it’s SO not cool to be possessive. She might as well just pee in a big circle around Aimee, like a dog marking its territory…that’s how RIDICULOUS she’s being!

I know it would be awesome if Aimee and Flora became BFFs too, so the three of you could always hang out together and you wouldn’t have to worry about Kaya butting in and being all mean and jealous.

I mean, it COULD be that Aimee and Flora are weird around each other because they both want to be your main BFF…but maybe they just don’t click.

If I were you, I’d sit them down separately and say something like, “You’re one of my favorite people in the whole world, and I’d love it if you got to know my other favorite person. You’re both so awesome that I think for sure you’d love each other if you spent some time together!”

Then if they say yes, invite them over together to do something fun one day after school. Just be prepared…they could really hit it off, and then YOU could feel like Kaya!

If that doesn’t work out, then you really have no choice but to hang out with them separately. Don’t worry, though. If they’re REALLY your friends, you won’t lose either of them to some loud, gabby girl.

It would take A LOT more than an evil stare to break apart a true friendship!

What do you guys think? Do you have any advice for Rachel?