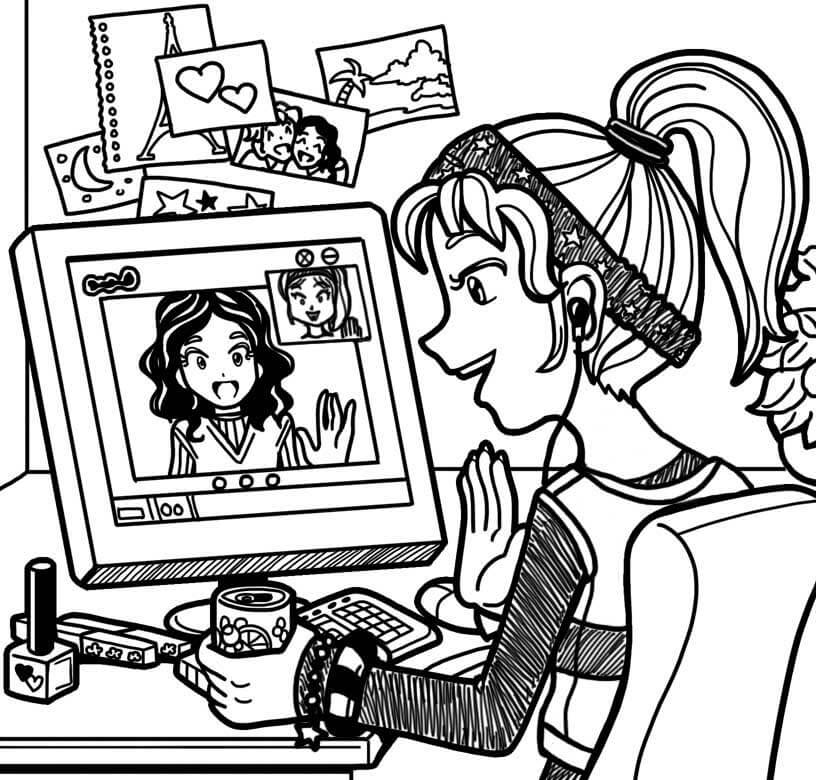 I moved to a different country during the summer and I like my new school, but ever since I left my other school it seems like there has been more drama. Also, I feel like I’m sort of drifting away from one of my best friends, and because of the time difference I can only talk to her on the weekends.

I have lost two friends before because they moved away and I don’t want to lose another (especially since we’re close). Help please!

Hi Saron! If I were giving you this advice in person, I think I’d need to start it with some kind of secret handshake…because we’re both in the same club now, fellow new girl!

It sounds like it’s even MORE intense for you, though, since you didn’t just leave your city or state, but the whole country.

When I moved and asked my mom about this very thing, she grabbed my hand and started skipping in a circle while singing, “Make new friends, but keep the old. One is silver and the other’s gold!”

Since I was embarrassed after that, I won’t do the same to you. (And also because they haven’t come out with a computer that lets you grab someone’s hand through the screen!)

Still, there’s some pretty good advice in there. Leaving doesn’t mean you have to lose your old friend…just that the relationship is going to be a little different now.

One way to keep it an important friendship is to make sure the time you spend catching up really counts. So even if you guys talk less frequently then you’d like, you can make it super fun and memorable.

For example, you could plan a “Skype sleepover.” You both wear your PJs, you play Truth or Dare over the computer, and pretend you’re really hanging out in the same room.

Or you could plan to have a Facetime pizza party. So you both eat pizza at the same time and catch up.

I know, it’s nowhere near as cool as ACTUALLY chilling together, but at least it keeps things interesting!

And then there’s the other part of my mom’s lame song: make new friends!

You might think you couldn’t possibly make new friends you like as much as your old ones, but there may be a Chloe and Zoey out there just waiting for their Nikki. (That’s you!)

You could find them by joining a club, playing a sport, or volunteering in the library. (It worked for me!)

What do you guys think? Do you have any advice for Saron?