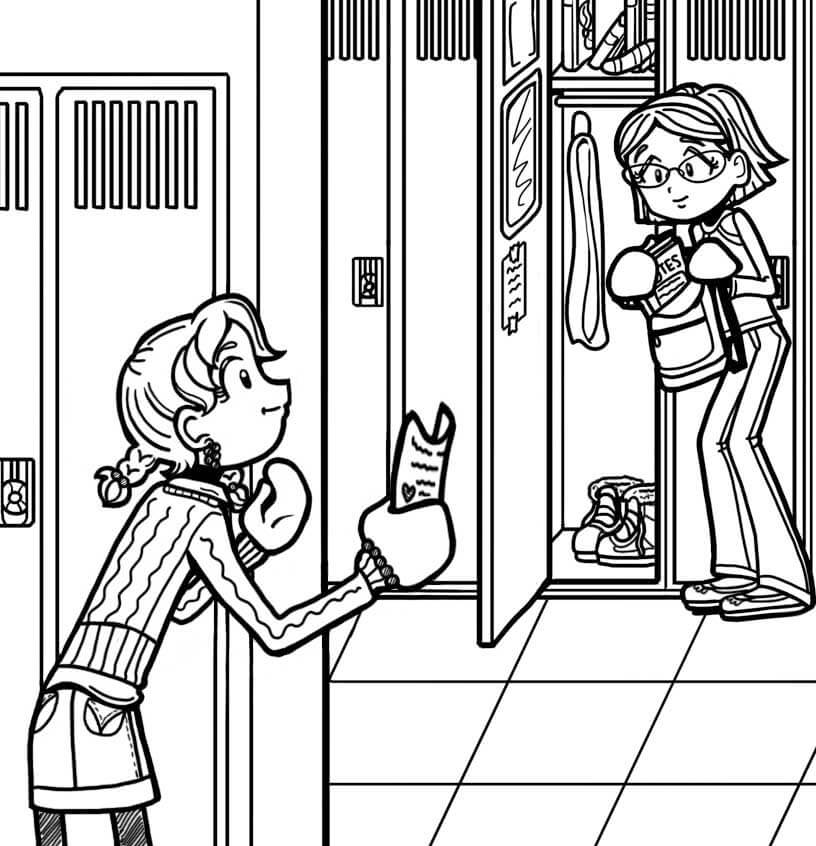 Why is it that the WORST human beings often have the BEST luck with guys? And why do those same wretched, nasty, close-to-pure evil people save the MEANEST names for the NICEST girls?

I think you all know who I’m talking about…MacKenzie!

Yesterday morning I was standing at my locker with Marcy, talking about Harry Styles. I said something like, “If it weren’t for you-know-who, I’d DEFINITELY make him my Valentine!”

(“You know who” was my incredibly clever code for “Brandon.” And no, I’m not TOTALLY delusional. I know it would take A LOT more than a disappearing crush for Harry Styles to pick me up with a stuffed bear and a rose. Still, a girl can dream! Back to my story…)

Marcy started blushing and said, “Me too! I’d LOVE to make Harry Styles my Valentine!”

Just in time to completely ruin our One Direction fantasy, we heard MacKenzie cackling, “Oh, that’s funny! You think Harry Styles would want YOU?”

Marcy just stood there with her mouth open, like she was hoping some super clever comeback would crawl up her throat and jump right into MacKenzie’s face. But nope! Didn’t happen!

So I said, “Oh, THAT’S your way? I thought your way was over there near the garbage can, where all the other trash is!”

But I said it in my head so no one heard but me!

Before I got a chance to say any actual words, I felt a horrible piercing pain in my ears as MacKenzie squealed, “Awww! I got a note from a secret admirer! Looks like there’s A LOT of competition to be my Valentine this year!”

Then she turned to us and said, “Too bad you dorks don’t have that problem…and you never will! Toodles!” And then she sashayed away.

I was just about to say something snarky about MacKenzie when I noticed Marcy had tears in her eyes.

So I said, “Don’t let her to get to you, Marcy! You’re SO much better than her!”

But she said, “It’s not just that. It’s also this Valentine thing. Why don’t I have a secret admirer? And why am I such a dork?”

After that, I knew EXACTLY what I had to do: write Marcy a really nice note and leave it in her locker, signed from a secret admirer! Hey, I know I’m a friend of hers, but I DO secretly admire her, and here’s why: she’s smart, she’s funny, and she’s super sweet. I’m really glad to be her friend!

Do you guys think this is a good idea? And what do you think I should include in the note?

The main thing I want her to know is that’s she’s totally awesome! And you guys are awesome for always helping me with stuff like this! 🙂