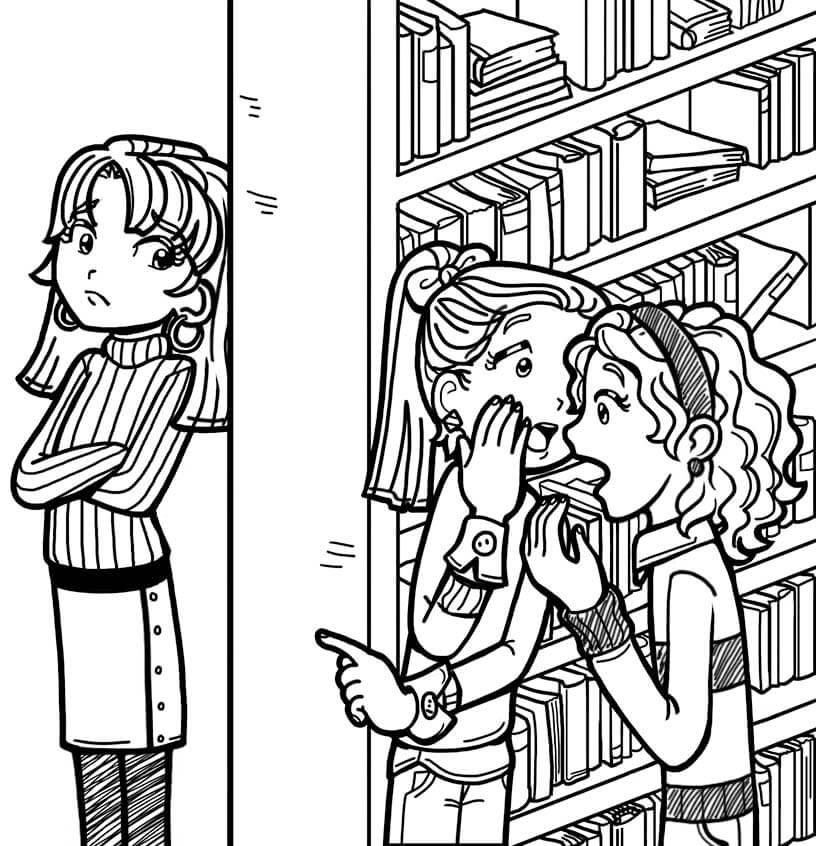 There’s this girl in my class named Stacey. She told everyone that I said she’s stupid and boring and that she plays out-of-date games. Everyone believes her and keeps asking me why I said those things to her. Nobody believes me when I say I didn’t.

She’s always lying about me and it makes me feel really bad. What should I do?

Hi Elsa! Let me start by advising you not to sit too close to Stacey. If you do, you may get burned…because she’s a pants-on-fire liar!

Since I don’t know this girl, I can’t be sure WHY she’s turned you into the bully of this completely delusional world she’s created.

But I DO know that she wants everyone else to think you’re MacKenzie Hollister-mean.

It could be that she’s mad at you for something else and she’s trying to get back at you by making everyone think you’re a nasty, no good name caller.

Or maybe, if you have a lot of friends and you’re well liked, she’s jealous, so she’s trying to create drama.

Or maybe she’s just a pathological liar drama queen and she makes up stuff about EVERYBODY, including the lunch lady, her mom, and her family dog.

The only way to know what’s up is to ask her!

HOW you ask her is super important because you want to make sure she doesn’t feel attacked. (So it’s probably not a good idea to corner her in the bathroom and say, “Girlfriend, why you running that big ole mouth of yours?!”)

If you approach her in a friendly way, maybe it will remind her that you’re a super sweet girl who would never say all that mean stuff.

You could say something like, “Hey Stacey. I know you’ve been telling people I said you’re stupid and boring. I was wondering if someone else told you that, since I know I never said those things.”

This way, you’re not coming right out and calling her a liar, and it gives her a chance to tell you why she’s been saying this stuff.

Then you could say, “I don’t think you’re stupid and boring at all, and I wouldn’t want to make you feel bad. It makes ME feel bad when people ask me about this, so really I hope we can clear this up so neither of us has to feel bad anymore!”

If she WAS mad at you for something, this might open up a can of worms. But at least then you’ll be able to talk it all through and work it all out!

Hopefully, she’ll say, “So sorry, Elsa! Clearly I was mistaken, and I feel SO bad about it that I fully intend to make it up to you by carrying your backpack home from school every day for the rest of the year!”

(Okay, so it’s unlikely she’d say that last part…but even just the first part would be cool!)

And hopefully, if she says she’s sorry and was mistaken, it won’t be another one of her lies!

What do you guys think? Do you have any advice for Elsa?