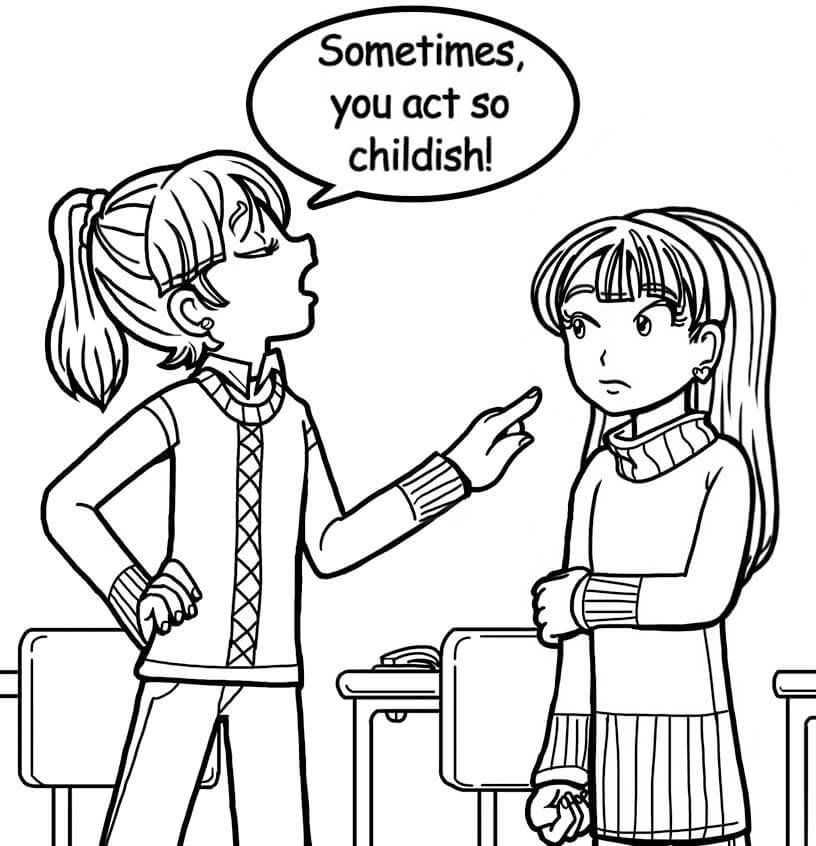 A friend of mine, who’s in the grade above me, acts older than me, and I wish she’d stop!

She gets everything she wants and is extremely picky. We have things in common and love a lot of the same things, but I know she thinks she can overrule me. I’m not one of her little sisters. What can I do or say to change this without hurting her feelings?

Hi Lauren! I think it’s pretty awesome that you don’t want to hurt your friend’s feelings, even though she’s been acting so bossy.

That tells me you’re a super valuable friend! It sounds like maybe she needs a reminder of what it means to be one.

(I’m guessing she lost her “Good Friend Handbook,” but was too busy to notice because she was acting like the queen of the world!)

Since you have a lot in common, I say you find a time when you’re doing something you both love. It will be a lot easier to bring this up when you’re both laughing and having a good time!

If she says something condescending and big-sister-ish, like, “Don’t touch my paintbrushes! Kids your age should draw with crayons!” you might be tempted to call her out and speak your mind right then.

But she’ll probably just get defensive if you put her on the spot. So instead, bring it up BEFORE anything happens, or some time a little later, and try to be sensitive about it.

You could say, “I bet it’s tough having younger sisters who are always trying to take your stuff and be just like you. I hope that, even though you’re a little older than me, you think of me like an equal. So how about you look at me as the same age, and I promise I’ll NEVER steal your diary or attempt to be your clone. Deal?”

If it seems like she has no idea what you’re talking about, then you could bring up an example. (Hint to avoid hurting her feelings: don’t use the words “not the boss of me” and “queen of the world.” That little joke stays between you and me!)

If she completely brushes you off with something along the lines of, “Sure, we’re equals. Now go get me a grape soda!” then this may mean that she has NO CLUE what “equal” means. (Probably because she lost that handbook!)

In that case, you have two choices: accept that she’s probably stuck in big-sister mode and try not to let it get to you, or start spending your time with other friends who look up to you too much to talk down to you!

What do you guys think? Do you have any advice for Lauren?