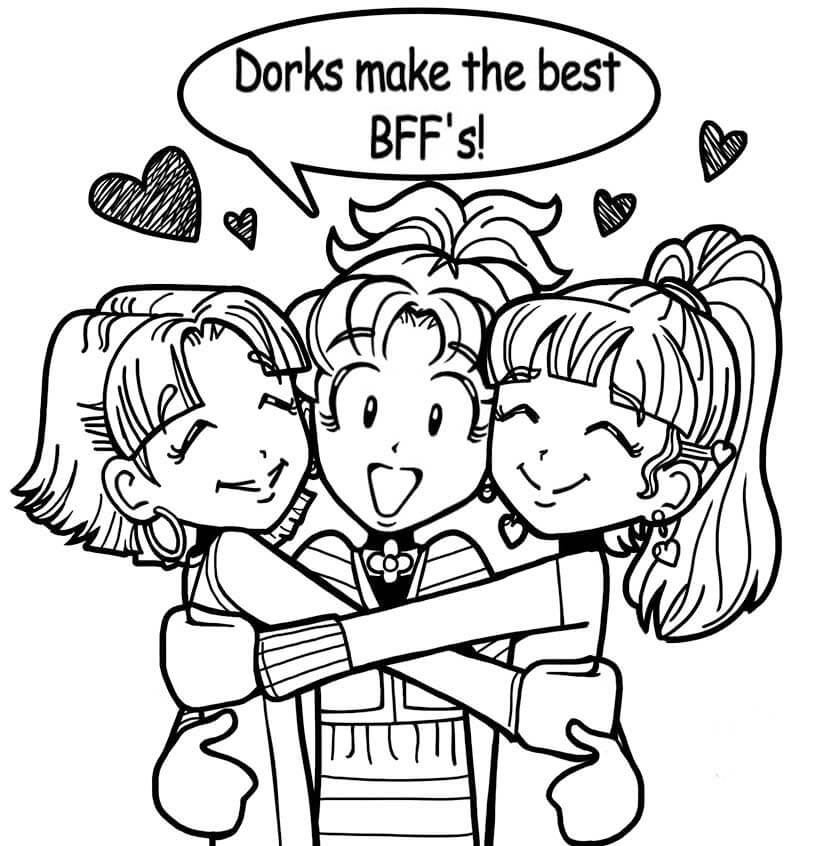 Since Zoey’s been having a little trouble with her new TV show, I decided to come up with a really cute list that I could read on the air next time…because people LOVE lists!

I think it’s because we’re all online 24/7, and the web could easily be named LISTVILLE.

Seriously, whatever your problem, you can find a list of ways to deal with it!

OK, so I can’t say for certain those lists exist, but you get my point. Lists of ways to do things rock! And you know what’s even better? A list of REASONS you rock!

So I decided to make a list of four reasons dorks make the best friends, so other dorks, like me, will know they’re absolutely awesome!

Here’s what I came up with:

1. A dork will never be too cool to sit with you after you trip, fart really loud in class, or say something super embarrassing in front of everybody.

REALLY! A dork wouldn’t make it worse by being all like, “I’m SO much cooler than you because I have perfect balance and I NEVER pass gas because even my intestines are far more awesome than yours!”

Nope! A dork would totally have your back!

If a friend tripped on a banana peel and it seemed like everyone was laughing and pointing in slow motion, like in a really bad movie, you know what I’d do?

I’d be all like, “Nothing to see here! Please disperse!” like I was a cop telling people to haul out instead of gawking at a really bad car accident. And why? Because dorks make awesome friends!

2. Dorks aren’t afraid to be silly.

Think about the snobbiest CCP girl in your school. I know…it hurts. Just for a second, I promise!

When’s the last time you saw her balancing a cherry on her nose while patting her head and rubbing her belly? I did it for a whole five minutes, beating an entire table of laughing dorks in the lunchroom. Dorks don’t care if they look dumb, and that makes them awesome friends!

A dork will NEVER trip you, trap you in your locker, or insult your clothes in front of your whole class with some nasty comment, like “My grandma called. She wants her shirt back!”

Dorks are nice to EVERYONE, even nasty people who act like they own the world!

Case in point: this popular girl in my school walked into gym class yelling at some new girl for sitting on HER spot on the bleachers, but the whole time she actually had a big strand of toilet paper hanging from her skirt!

Even though she’s SUPER mean, I whispered, “Girlfriend, over here!” But of course she ignored me because she’s afraid she’ll catch dorkiness if she gets too close. After that, I just MIGHT have laughed so hard that I snorted. But, hey I tried to warn her!

(I’m sure you guessed it…the popular girl’s MacKenzie, but I won’t say her name on the air. And why? It’s that whole nice thing again!)

4. Dorks will rule the world someday.

Let’s face it: your dorkiest friend will probably invent the new Facebook. And in the meantime, she’ll figure out how to make her own iPad for long nights of the NEW GGGing…giggling, gossiping, and GAMING!

And why? Because dorks are super smart and AWESOME…and they make the best friends!!

What do you guys think? Should I read this on Zoey’s show? And do you have anything to add to the list??