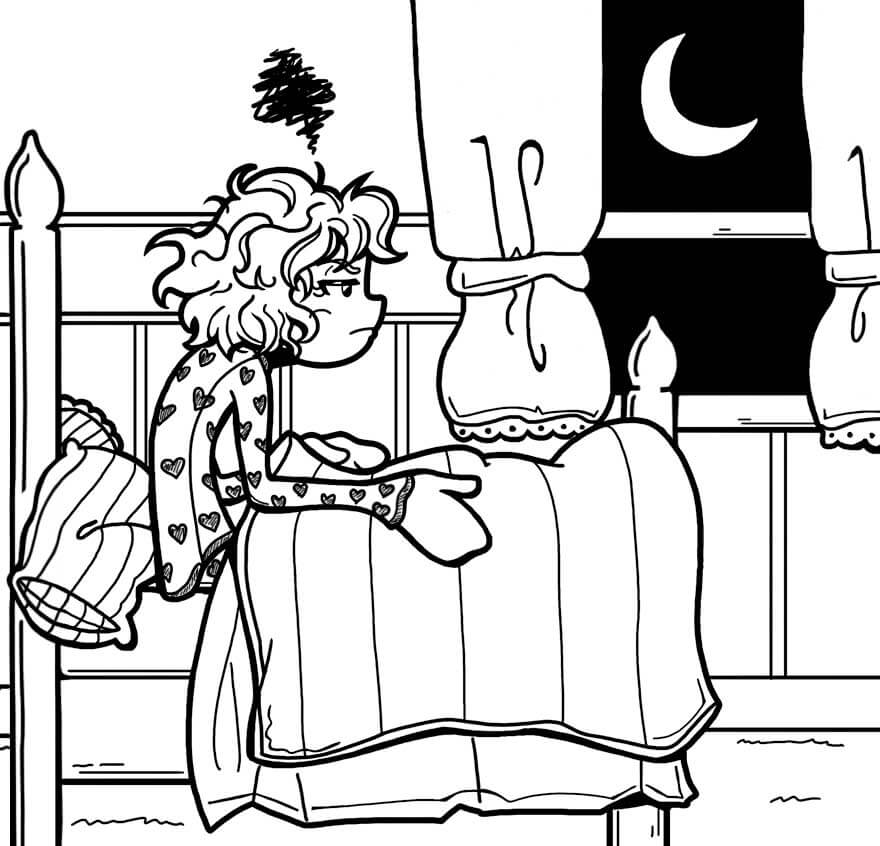 I only slept about three hours last night, and unlike the many other nights when I stayed up Skype chatting with Chloe and Zoey, this time, it wasn’t my fault!

It was because of this stupid noise in my bedroom, and for hours, I had NO idea where it was coming from!

I couldn’t really tell what the noise was…just that it was ongoing, and super annoying.

When I first heard it, I hopped out of bed and ran to check my iPod, thinking maybe it was on and there was a TINY bit of a sound coming out of the headphones that were still connected. Nope, that wasn’t it!

Next, I checked my phone, thinking maybe Brandon had called me and I accidentally answered without realizing it, so he was there, shouting, “Nikki! It’s me, calling to say goodnight. Nikki, pick up your phone!”

That made no sense, though, because it was after midnight, so he would have been hanging there for hours, waiting and hoping I’d grab my phone and say, “Oh, hi! Didn’t know you were there!”

(That would have been totally cool, though, if he called to say goodnight AND waited on the line for me!)

After that, I got back under the covers, thinking maybe there wasn’t really a sound and I was just imagining the whole thing. But after about 20 minutes, I realized I WASN’T crazy. There was some sound coming from somewhere!

So I hopped out of bed and went to my window to see if there was some noise coming from outside. Nope! It was like the perfect Christmas carol…a totally silent night!

After that, I opened my door to see if the noise was coming from outside my room. It was like a library in the hallway…totally, eerily quiet!

Once again, I got back in bed, thinking, “I can’t keep playing noise detective. I have a test tomorrow, and I have to get some sleep!”

I managed to fall asleep for about an hour, but then I got up to use bathroom, and after that, I couldn’t fall back to sleep because of that STUPID sound!

So I got up to check my laptop, even though it was off and closed.

I don’t know why I even bothered. Clearly, there was no way the noise could have been coming from there. It’s not like there’s a tiny, loud family that lives in the tight space between my screen and my keyboard when I close it at night. But I was getting desperate!

I even opened my closet door super fast, to see if maybe, just maybe, Monsters, Inc. was real, and there was some massive blue beast right on the other side of the door, making noise to slowly drive me mad.

OK, I didn’t REALLY think there was a monster in my closet. I was just tired and starting to hallucinate!

After about an hour more of tossing and turning, I grabbed my pillow and blanket, planning to go to the living room to sleep on the couch.

And there it was, at the bottom of my bed: Brianna’s talking doll, apparently broken and on repeat, looking super creepy, like something right out of a horror movie.

I have NO IDEA how or when she lost a doll underneath my covers, at the bottom of my bed. But I DO know these two things: she’s so not getting it back, and I am RIDICULOUSLY exhausted!!