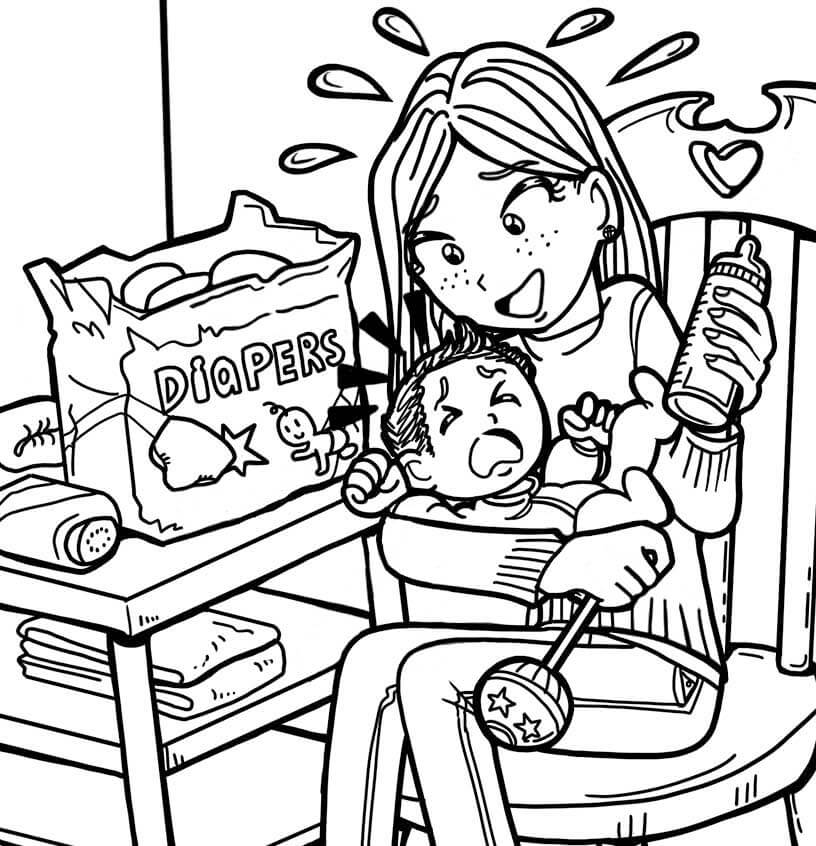 I have six siblings, and I’m the oldest. I’m in 7th grade.

I don’t have that many responsibilities at home since all my brothers and sisters are old enough to take care of themselves. But just yesterday my mom told us she’s having another baby and everyone is going to have to start helping out more.

I already have too much on my plate with basketball, art club, and school. How will I make time to help? What should I do?

Hi Mickey Anne! I would like to start by presenting you with the “Big Sister of the Year” award.

Even having just ONE little sibling is tough! I can’t imagine what it’s like to have six little people looking up to you and wanting stuff from you. And somehow, you still make time for basketball and art club. That’s pretty impressive!

I definitely get why you’re kind of freaked out about having another sibling. You probably thought you could FINALLY focus on yourself, now that all the other ones are old enough to do their own thing.

The good news is that there are six other kids to help out. That’s A LOT of people pitching in. I highly doubt you’re going to be on around-the-clock diaper duty, or that you’ll have to do your homework standing up at the counter while simultaneously washing the baby in the sink.

(You’ve seen Snow White, right? There’s a reason why the seven dwarfs whistle while they work…they’re not stressed out because there’s a TON of them to get stuff done, just like you guys!)

Your mom probably gets that you’re busy, and she probably won’t expect you to be Super Nanny just because you’re the oldest.

I bet she told you guys that stuff about helping out just because she doesn’t want to end up standing alone in the kitchen, with a baby on her hip and a sink full of dishes, while the seven of you run around the house screaming, with muddy shoes and leaky juice boxes.

(That’s probably a huge exaggeration since you’re not all four and obnoxious, but you know what I mean!)

If you’re really worried about what’s going to happen, you could sit your mom down and say, “I want to help when the baby comes, but I’m a little nervous because I have so many things going on. What specifically do you think I could help with?”

This way, you’ll know exactly what she expects, and she’ll know what you can handle without feeling totally overwhelmed.

I bet it will be a lot easier than you think, and maybe even a little fun. Who knows…nine months from now you could be fighting with your siblings over who gets to dress the baby!

What do you guys think? Do you have any advice for Mickey Anne?