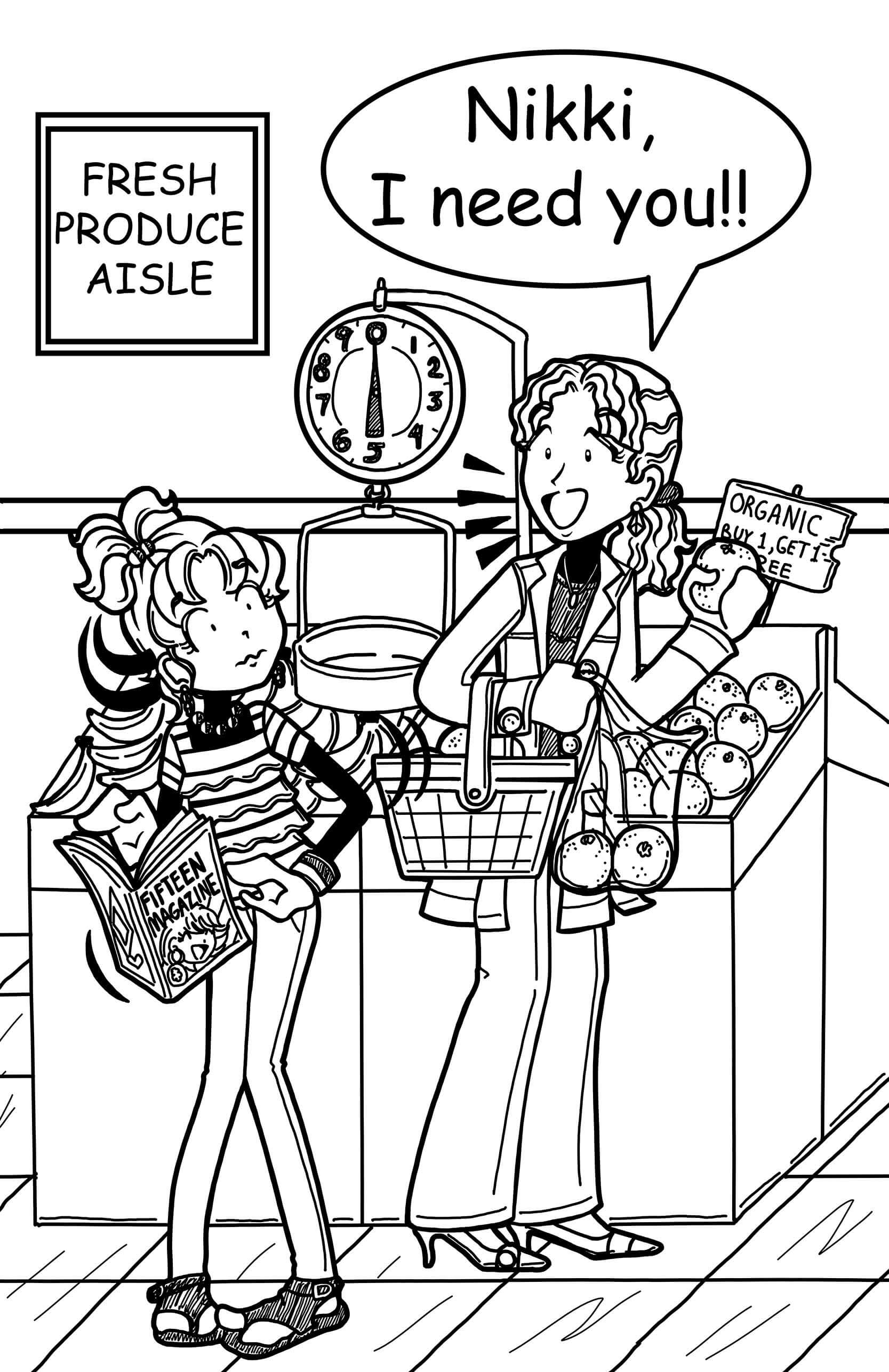 My mom is so embarrassing, and not even just to me. She embarrasses herself ALL the time!

If I were my mom, I would be totally MORTIFIED over what happened in the grocery store last night!

She was standing in the fruit section, squeezing oranges (maybe practicing for making juice later…I have no idea!). She yelled out, “Nikki, I need you!” And then the most hysterical thing happened!