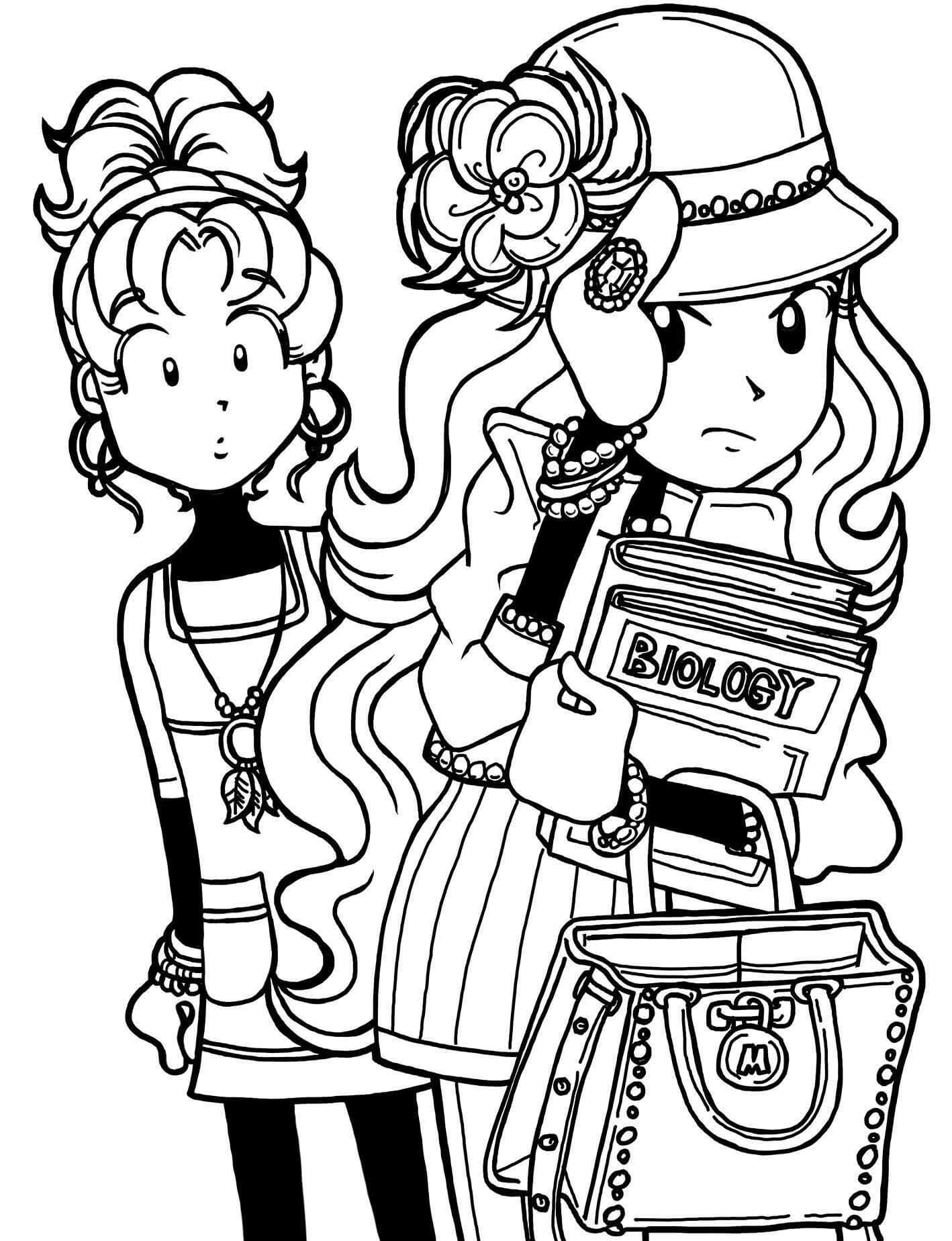 I never thought I would say or write this, but I feel kind of bad for MacKenzie!

No, it’s not because she’s a horrible human being who lacks any redeeming qualities and will likely develop a mouth disease later in life due to her out of control addiction to lip gloss.

It’s because of what happened to her this weekend.

Usually, I don’t know anything that goes on in her life because she only talks to me to say something nasty, like, “Nice sweater, dork! Did you steal that from a blind refugee?” or “Were you born on a highway, dork? That’s where most accidents happen!”

But yesterday was a whole different story!

In the morning, she was standing right next to me at her locker, looking into the tiny mirror inside it. She was wearing this hat that I actually thought was kind of cute, so I stared at it for a little bit, picturing how it would look on me.

I thought FOR SURE she was going to notice and totally spaz at me for staring, but instead she looked up with these sad looking eyes and said, “Oh, hi, Nikki.”

I was kind of caught off guard, and I wondered if maybe she was only PRETENDING to be nice and normal so she could blindside me with some horrible one-liner.

After that, I expected to hear, “They’re looking for you in first grade English, dork!” But instead, she looked down at her feet, hunched her shoulders, and walked away.

It was like aliens snatched her body from her bed that morning and replaced her with a much shyer, kind of insecure clone!

By the afternoon, I’d forgotten all about this super weird interaction, so when I saw she was last in line for lunch, I seriously considered letting someone else get in line before me.

Getting behind her in line is kind of like driving way too close behind a truck hauling sewage. It’s dangerous and it TOTALLY stinks!

But my stomach was growling so loud that I could barely hear myself worry, so I got behind her and tried not to draw attention to myself.

Within a minute, she turned around, and I thought for sure she was going to say something mean, like, “I’m surprised you’re in the lunch line, dork, considering you have NO TASTE!”

But instead she looked at me, looked down at her feet, said, “Hi, Nikki,” and then turned around.

There it was…my name again!

This was starting to get really weird! That’s when it occurred to me that she was still wearing that hat…and she never wears a hat all day in school.

I was seriously considering complimenting it, just to see what she’d do, when some boy ran over, said, “Nice hat!” pulled it off her, and ran away!

MacKenzie shrieked, and that’s when I saw it: a big, missing chunk of hair on the back of her head!

After that, tears filled her eyes and she told me what had happened.

Her little sister, Amanda, got mad at her and cut the piece off when she was asleep!

Brianna can be kind of obnoxious and bratty sometimes, but she’d NEVER do something THAT cruel!

I know, it’s possible that MacKenzie did something totally mean to Amanda. She’s mean to pretty much everyone except Brandon (because she’s delusional and thinks he’ll be her boyfriend someday).

But still, I felt pretty bad for her. Maybe if she WAS mean to Amanda, this will teach her to be a nicer person.

Do you think maybe it will?