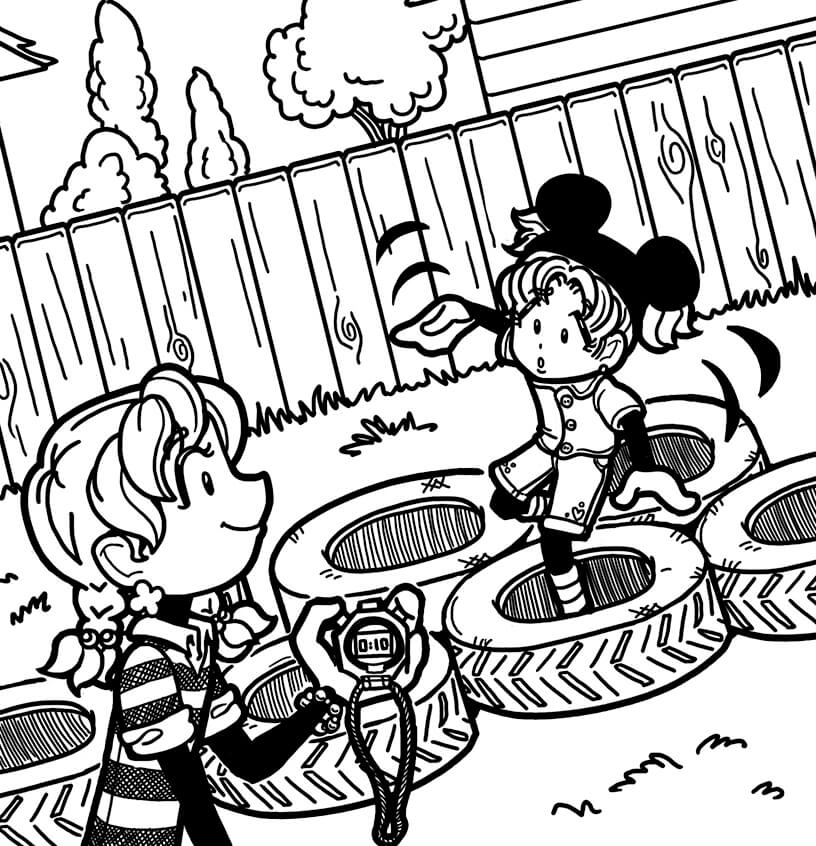 It’s decided: I HAVE to go to Disney World this summer!!

Every year since I could speak, I’ve asked my parents to plan a summer trip. In fact, I’m pretty sure my first word was “Mickey.” (Or maybe it was “binky.” But still, I was THINKING “Mickey!”)

No matter what I do to convince my parents to take me to the most magical place on Earth, they come up with some totally lame excuse about why we can’t go, and it’s always something having to do with Brianna.

When Brianna was a baby, they told me the witches would be too scary for her.

When she was a toddler, they told me the walking would be too much for her.

Last year, they told me the long lines would be too overwhelming for her.

To me, it’s a no-brainer: we should just go WITHOUT her! But I’m pretty sure if we did that, Brianna would literally explode from having the world’s longest, most intense tantrum EVER!

So really, I need to convince my parents that Brianna is mature enough to handle a Disney trip, no matter how many scary witches, extended walks, or long lines we face.

But that might be tough to do since Brianna is SUPER immature, a massive baby when it comes to stuff that’s inconvenient, and, let’s face it, sometimes a total brat!

I’m thinking what I need to do is put Brianna through a Disney boot camp!

When regular guys want to be soldiers, they go through boot camp to get strong and ready for war.

Maybe I can make Brianna Disney-strong so there’s NO WAY my parents can say no!

Here’s what my Disney boot camp training will include:

-One MARATHON scary movie session, to make sure Brianna isn’t a wimp around witches.

-Waiting for the ice cream truck on the street corner an hour before it arrives (at least 10 times), to make sure Brianna can handle the lines.

I should probably add other stuff to help Brianna deal with:

-Someone bumping into her, making her ice cream scoop fall off of her cone

-Rides closing down, right when we’re at the front of the line, when we’ve already waited for HOURS

-The ear-piercing sound of crying babies

-The stench of smelly diapers in those crowded bathrooms

-The DOZENS of times my dad will complain, “I could have replaced ALL of my pest control equipment with the money I spent on these dang tickets!”

When I read all of this stuff, it seems like maybe a trip to Disney World isn’t that great after all!

Who am I kidding…I LOVE Disney World! And I’m definitely going to see Mickey this year, no matter what it takes!

Do you have any ideas for training Brianna to deal with all of this annoying stuff?