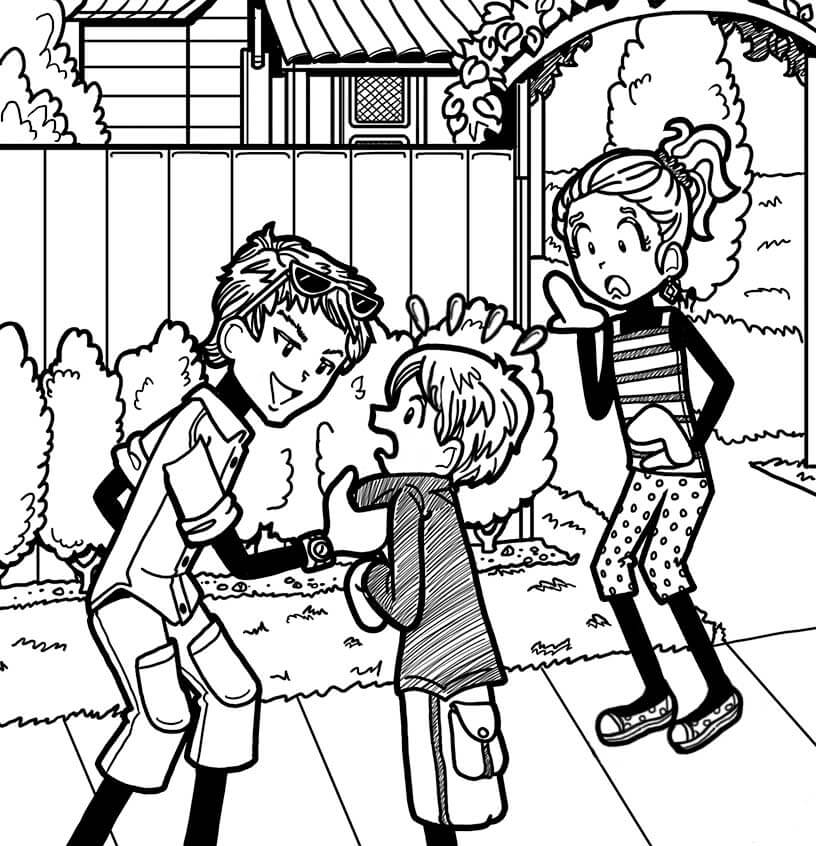 My friend is always bullying a certain helpless classmate, but I can’t work up the courage to tell him to stop, mostly because he’s my crush. Could you please help me?

Hi Tara! This sounds like a super stressful situation. It’s tough enough to tell a friend when s/he is being uncool. It’s way harder when it’s a friend AND your crush!

I think it’s great that you realize what he’s doing isn’t right. Some people get crush-blind when they fall for a guy.

I knew this girl in 7th grade who was SO into this boy named Erik that she actually stuck up for him when he kicked a dog. And it wasn’t just ANY dog. It was a Seeing Eye dog…for a nun!

I know it must be tough to imagine saying something to him, since you care for him a great deal. But I’m guessing you like him because he has a lot of great qualities and he’s generally a good person.

If that’s true, then odds are, he wouldn’t intentionally hurt someone like this. Maybe he doesn’t even realize how mean he’s being, and he’d appreciate an outside perspective!

You could say something like, “Hey, I’m not sure if you realized it, but you were a little hard on Melvin today.” (Melvin sounds like a helpless boy name…)

Then you could follow that with something like, “I thought maybe you considered it joking around, since you’re always so funny!” (This way, you’re reminding him that you like him, which will make him less likely to get defensive.)

And then you could end with, “Anyways, I just wanted you to know that he might be kind of hurt, since I know you’d never want to make anyone feel bad!”

Best-case scenario: He’ll say, “Wow, really? I didn’t even realize I was a little harsh. My bad! I’ll be more considerate going forward!”

Worst-case scenario: He’ll say, “Melvin’s a TOTAL loser, and so are you for sticking up for him! I’m out, loser lover!!”

I know the second one sounds kind of mortifying, but if that happens, is he REALLY worth crushing on?

If he’s got a cold, Mackenzie-like heart, then maybe it’s best that you find out now before you, too, develop a nasty case of crush-blindness!

Who knows, he might react somewhere in the middle and say, “I thought teasing him was funny, but you’re right. It wasn’t nice.”

The important thing is that he realizes it’s a mistake and shows you it’s one he’s not going to make again…for your sake AND for Melvin’s!

What do you guys think? Do you have any advice for Tara?