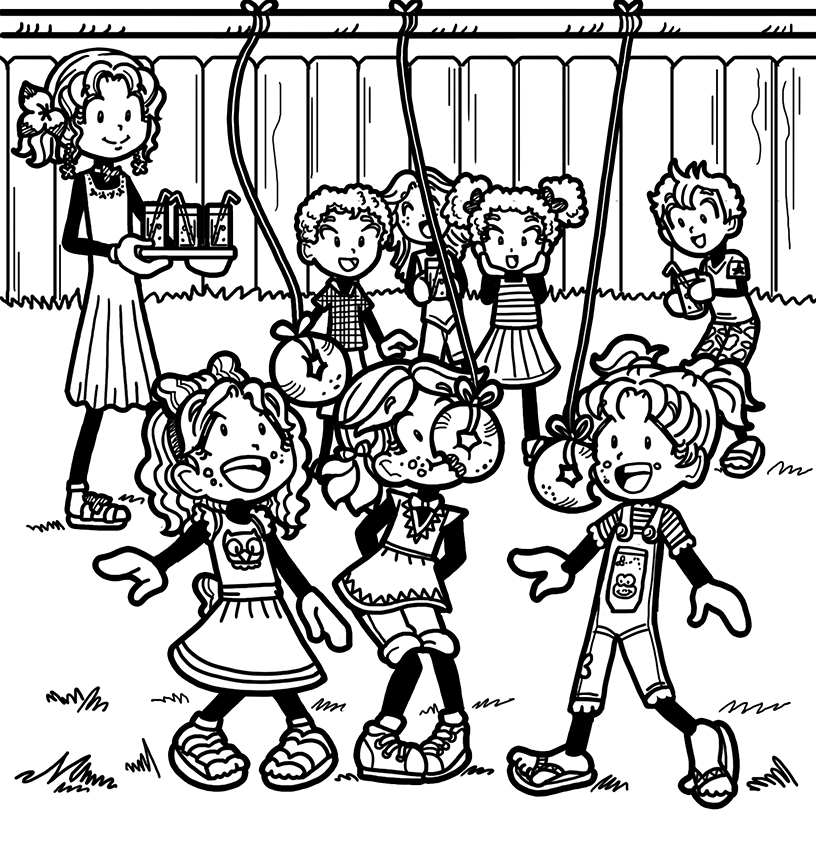 OMG, this weekend was SO much fun!!

As you may remember from my Facebook post last week, I went to the carnival with Chloe and Zoey on Saturday night, and it was all kinds of AWESOME!!

What’s that? You wanted to hear all about our carnival experience, and now you’re bummed out? OK, here’s a haiku about the night!

Carnival food is the bomb.

Did I mention games?

By now you may be wondering why I’m clearly obsessing about the games. It’s because we got a totally great idea after playing them!

People LOVE carnival games, and they spend a ton of money for a tiny chance of winning a lame stuffed animal that looks sadly under-stuffed, like a really old, super thin pillow.

So we thought that maybe we could make a carnival in my yard the following day and charge neighborhood kids money to play OUR games!

It was a brilliant plan because I still needed to earn more money to replace the TV Brianna broke when I was babysitting her.

Since kids only come to a carnival if there are rides, we came up with a few creative ideas:

The Terrifying Trampoline is basically just a trampoline, but we put on scary masks and shout things at you while you jump, so it’s like a bouncy haunted house!

The Dizzy Sprinkler involves a wheelbarrow and a sprinkler. You sit in the wheelbarrow and we push you through the sprinkler, in circles, until you feel so dizzy that you fall over right after standing up.

And the Silly Surprise Swing is just a swing. It’s silly because there’s no real gimmick, just you sitting on a swing waiting for something cool to happen. But surprise! Nothing does!

OK, so our rides were kind of lame. But they looked really good on the sign in front of my house, and they helped us attract a nice bunch of customers for the games!

We found a ton of ideas for games online, including:

(This is just like regular limbo, except you use a stream of water from a hose instead of a stick. You have to put your thumb over the opening to make the water come out straight.)

(We put a bunch of empty plastic bottles on a box, and then kids had to try to shoot them off with a water gun.)

(We stuck a stick in the ground and then had kids throw cheap plastic bracelets at it.)

But the most awesome game of all was “Donuts on a String.” We tied a rope between two trees. Then we tied individual strings to a bunch of donuts and tied them to this rope.

Kids had to eat a whole donut without using their hands, and whoever ate one first won.

I just knew Brianna would win this game, since she’s been eating donuts like a gross little troll pretty much all her life! And since she won, I didn’t have to give away a prize (because she accepted “color with me later tonight” as a decent alternative to a dollar store stuffed animal).

Since we had to buy the materials and the prizes, we ended up breaking even on the whole thing. But that’s okay. Even if I’m no closer to watching Sponge Bob SquarePants in the living room again, I’m PSYCHED because it was so much fun!

What would YOU do if you made a carnival in your yard? What rides and games would you make?