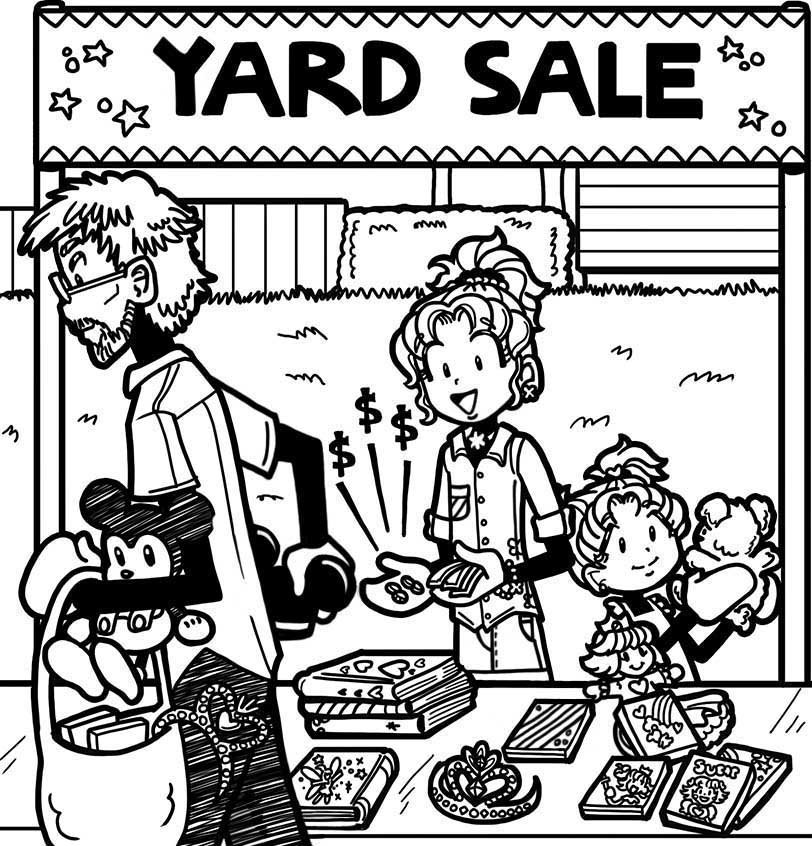 Remember how Brianna broke our TV while I was babysitting her last week?

And remember how I was SUPER nervous that my parents were going to totally flip out?

They did! I’ve never seen my dad so mad. A scary little vein popped out on his forehead the whole time he was lecturing me.  I seriously thought it might burst, which would make him even angrier.

Then I would have wrecked the TV AND his face!

I know what you might be thinking: “YOU didn’t wreck the TV, Brianna did!”

That’s exactly what I thought! But I had a feeling telling my parents that wouldn’t go over so well, since I was supposed to be watching her.

I wanted to say, “Really, YOU guys wrecked the TV because you trusted me to watch Brianna, when you know I stink at that. Don’t worry…I forgive you guys! Just replace the TV, and we’re good!”

But since I didn’t want to spend the rest of the summer grounded and stuck in my room, like Elsa, I said, “I take full responsibility for what happened, and boy, did I learn my lesson! I’ll NEVER take my eyes off Brianna while babysitting her again!”

Parents LOVE when you take full responsibility! And the words “learned my lesson” are ever so slightly manipulative.

It’s like saying, “See! This was actually a really valuable teaching tool for me, and therefore, totally worth all the frustration and annoyance, since you’re a parent, and your job is to teach me, and I just provided a perfect opportunity for that!”

Still, I ended up grounded for a weekend…not too bad when you consider what happened!

The bad part was the TV. They told me I have to replace it, as if I broke a glass or a light bulb, or something else I could actually replace with the $15.74 I have under my mattress.

Since the idea of spending Saturday and Sunday cooped up in my room makes me feel like jumping out of my skin, I came up with a really clever idea: I could use the weekend for a yard sale to raise money to buy a TV!

I pitched it to my parents like this: “I totally get why you guys grounded me. Boy, do I ever! But wouldn’t it be an awesome TEACHING TOOL if you let me raise money through a yard sale on those days instead?”

They didn’t buy it at first, but then I added, “And Brianna can help out. This way, I get a chance to watch her again, and do it right!”

The yard sale was kind of uneventful. The only person who came by in the first hour was Mrs. Wallabanger, and she spent 45 minutes trying on my old clothes without buying a single thing. (Super weird AND embarrassing!)

Then in the next hour, we got lucky. A guy came by and bought every Disney-related item I had on my table, which added up to $75.

He SAID it was all for his daughter, but as soon as he got into his car, he put on my Mickey Mouse Ears, so I had a feeling that was a big fat lie!

That means I raised more than half! While that’s a lot of money, I have a feeling the TV salesman won’t believe that my library card is actually a credit card, so I have to raise over $100 more. Any ideas??