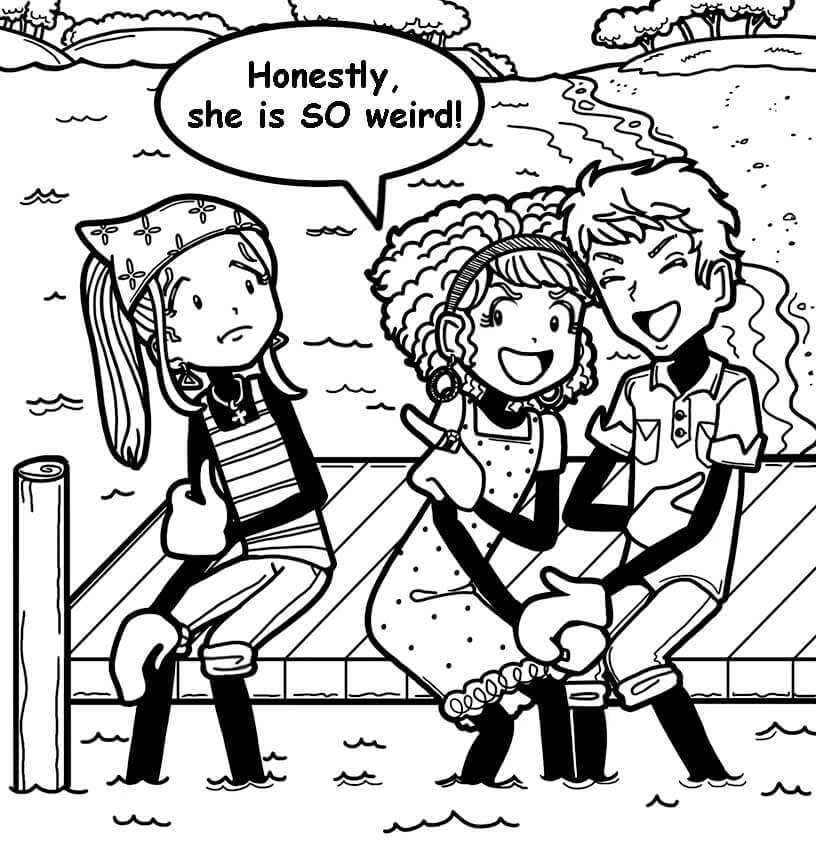 I have a major problem! My friend is the nicest, funniest girl ever…except around her boyfriend. She always makes fun of me around him and calls my crush ugly.

Then she gets mad when I don’t want to hang out with her and her boyfriend. She’s been like this around every boyfriend she’s ever had. What should I do?

Hi Daylynn! It sounds like your friend is dealing with a nasty case of cool-confusion. It’s when you’re trying SO hard to look cool that you forget what “cool” means.

It DEFINITELY doesn’t mean putting other people down! I’ve seen this happen to some of the nicest girls.

They start out super sweet. They fall for a guy. They want DESPERATELY to impress him. And BAM! Cool-confusion hits, and all of a sudden they turn nasty.

I mean, it KIND OF makes sense that someone could get confused in this way. A lot of CCPs are mean, so you COULD conclude that meanness=coolness.

That DEFINITELY doesn’t mean it’s okay. But maybe your friend doesn’t realize just how confused she is. She could think she’s just teasing you and it’s no big deal. That’s why you have to set her straight!

If I were you, I’d sit her down, some time when it’s just the two of you, and say something like this:

“I appreciate that you want me around, even when you’re hanging out with your boyfriend, but sometimes you say things in front of him that hurt my feelings. Do you realize that it often seems like you’re making fun of me?”

This way, you’re giving her the benefit of the doubt and a chance to explain herself, like any good friend would do!

Hopefully, your “good friend-ness” will rub off on her, and she’ll say something like, “I’m SO embarrassed! I didn’t realize I made you feel bad. Can you tell me which stuff bothered you so I can be sure not to say it ever again?”

I’m not going to lie to you, though: fire-pants is sometimes a side effect of cool-confusion…and by that, I mean people who act mean to impress other people often lie about it! (Get it? Like, “liar, liar, pants on fire!” OK, back to my advice…)

If she DOES act all innocent and say something like, “I don’t know what you’re talking about!” or “OMG, you’re WAY too sensitive!” that might mean that you need to give her a little space to realize she can’t treat you that way.

And I don’t mean bailing on hanging with her and her boyfriend…I mean backing away from hanging out with her altogether.

When she no longer has you around, she might realize what “cool” REALLY means: being an awesome friend, like you! And she may decide to finally be one, too!

What do you guys think? Do you have any advice for Daylynn?