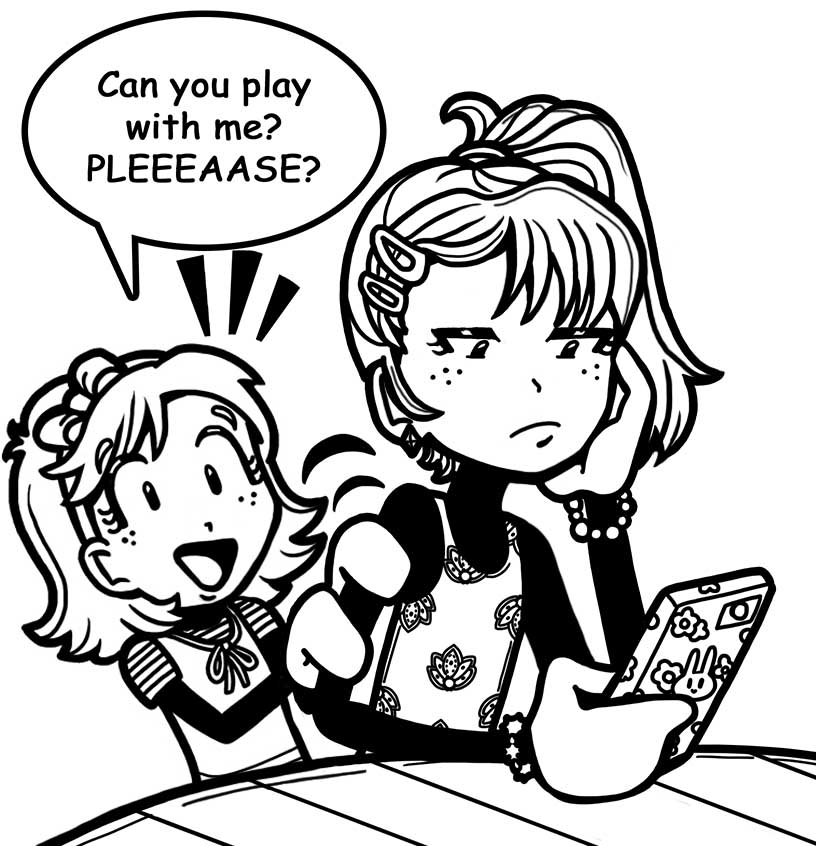 My annoying little sister won’t stop asking me to play with her. I’m way too old for dolls, pretend, and making gross foods. I need my space! Help!!

Hi there, Anonymous and Annoyed! As someone who ALSO has a little sister, I feel your pain! If I had a dime for every time Brianna asked me to play some silly game with her, I could buy not just the latest iPhone, but Apple itself!

I know, you’re probably like, “What, girlfriend? That makes no sense!”

Allow me to explain. It sounds like your little sister really wants your attention, and she probably gets the sense that you’d rather pluck your eyebrows out one by one than hang out with her.

So, because she wants your approval, she asks you to play with her all the time.

Then she’ll know you’re not blowing her off. In fact, she’ll think it’s SO important to you that you scheduled it into your day!

I know, a half-hour may seem like a lot of time to devote to dolls and pretending. But let’s face it: you’re probably spending WAY more time listening to her whine!

What do you guys think? Do you have any advice for our new friend, Anonymous and Annoyed?