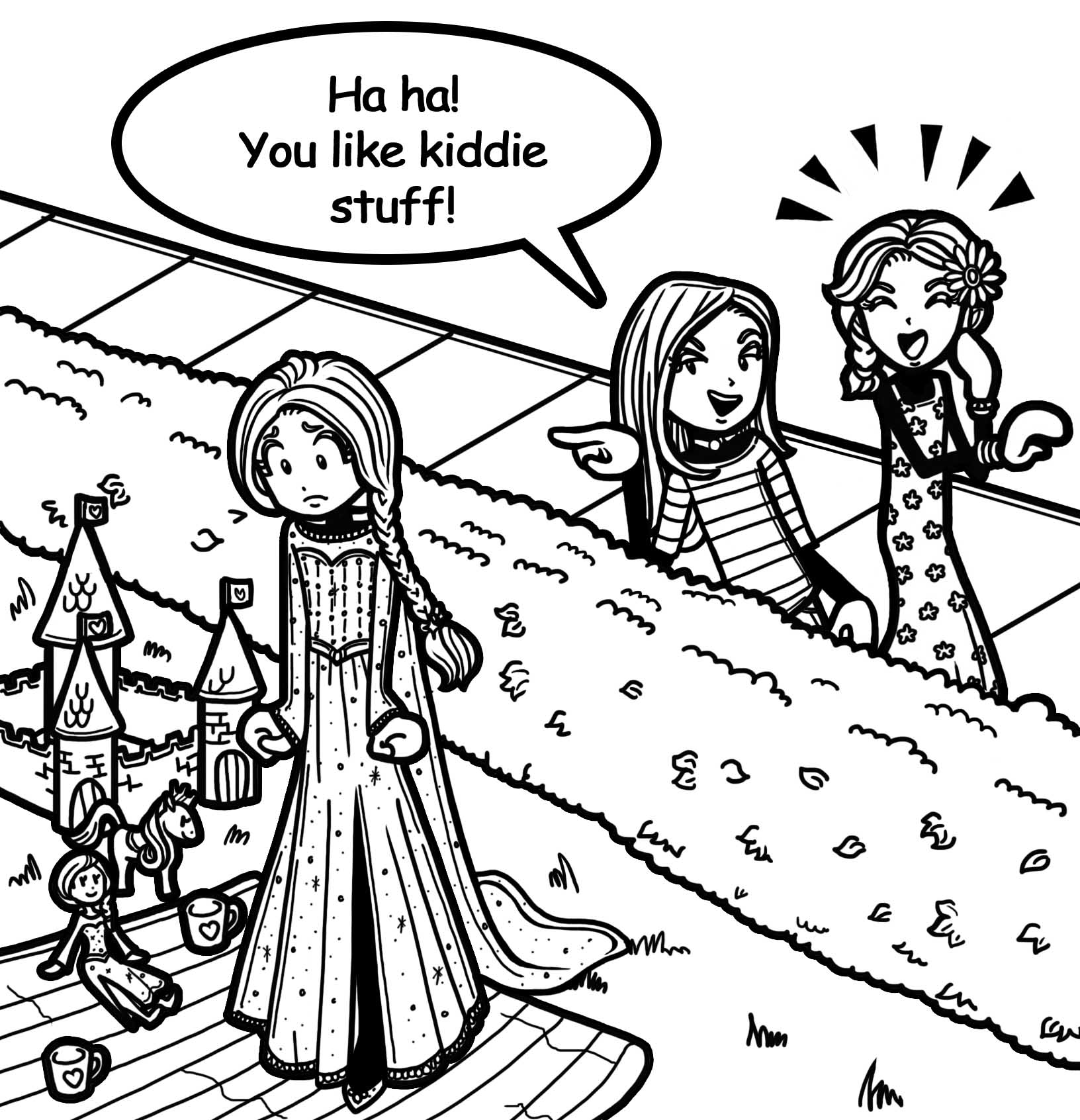 I really love kid stuff, like Disney’s Frozen, and I don’t want anyone to know I have the dresses.

I think it’s awesome, but everyone laughed when my phone accidentally played “Let It Go.” I was so embarrassed! What should I do?

Hi Larissa! Let me just start by saying I love Frozen, too! Pretty much everyone I know loves that movie.

And here’s a little fun fact for you: Frozen is the fifth highest grossing movie of ALL TIME. That means there are only four other movies that have made more money EVER. I’m not just talking about cartoon movies. I’m talking about ALL movies!!

You know why that is? Because NO ONE can let it go! Old people, kids, parents…everyone loves it, and I know lots of people who even went to see it twice.

So, there’s a really good chance that those friends who laughed at your phone are secretly Olaf fans who can’t get “Fixer Upper” out of their head.

And they’re probably just laughing at you because they’re embarrassed for liking a Disney flick so much.

Now that we’ve established that it’s not weird at all to be all about Elsa and Anna, I’ll address the other part of your question: whether you should stop liking “kid stuff.”

There are probably a lot of people out there who like Frozen who won’t go out to buy the dresses because they might think that’s too “kid-like.”

But why, exactly, is that kid-like? People wear costumes in plays and movies all the time. People of all ages do it on Halloween every year. And we kind of wear costumes when we play sports. (A uniform looks a whole lot like a costume!)

Aren’t all those things super fun? And isn’t it normal to like fun?

You could say that EVERYTHING I love is kid stuff.

Art? It’s pretty much all we did in kindergarten. Singing? You don’t see too many adults busting out a song while they wait in line at the bank. Volunteering at the animal shelter? ALL kids love playing with puppies and kitties!

And all the stuff I don’t like? BORING, not-so-kid-like stuff, like math. (What am I? An accountant?)

My point is: try not to worry about what’s kid stuff and what’s not, and what movies you should and shouldn’t like.

You like what you like, and as long as you’re having fun, there’s nothing wrong with that!

Trust me, there will come a day when you, me, and all those kids who laughed at your phone will be those adults waiting in line at the bank.

I hope, when it’s me, I bust out in song. But just in case I get too stuffy then, I’m gonna rock as much kid stuff as I can now!

What do you guys think? Do you have any advice for Larissa?