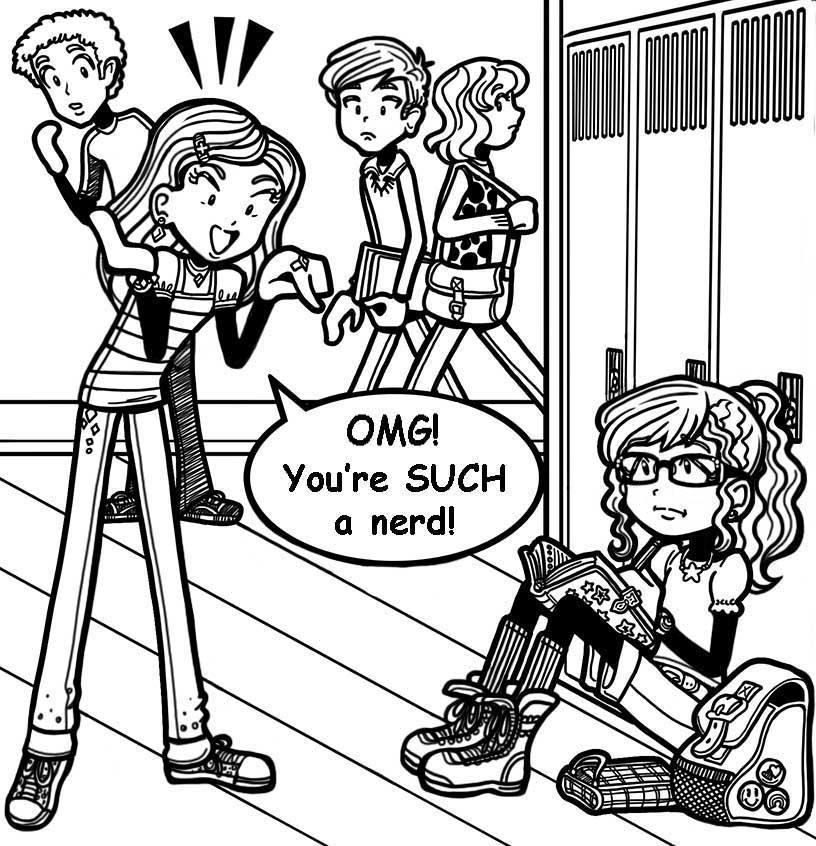 My best friend, who I’ve known for four years, acts like she thinks she’s better than me.

Whenever I do or say something cool, she always has to do or say it better. And if I do a tiny thing wrong, she’ll say, “I can’t believe you just did that,” and she’ll make a big scene about it in front of everybody.

She’s better than me at everything except for schoolwork, but because I’m good at that, she just calls me a nerd. I’ve tried to talk to her about it but she always says, “I don’t mean it that way.” What should I do?

Hi Nerd Friend! This sounds like a super stressful situation, since this is your best friend we’re talking about here, and she tries to one-up you 24/7 and make you look bad to make herself look better.

Even though you wrote that she’s better than you at just about everything, it sounds like maybe she’s kind of insecure.

I’m guessing that she calls you a nerd because it’s easier than saying, “You’re really smart, and I’m jealous and embarrassed because I don’t feel like I am.”

She might even feel dumb around you, and she might assume that YOU think you’re better than her because you’re good at schoolwork.

Since you can only know this for sure if she tells you, your best approach here is get really clear about what’s cool and not cool if she wants to be your friend.

You could say something like, “Even if you don’t mean to make me feel bad, it hurts my feelings when you call me a nerd and point out my mistakes in front of other people. Can you please stop doing these things?”

If she keeps doing them anyways – and I know this might hurt a little – then she’s not really your BEST friend. I mean, “best” means “the most desirable,” and no one desires to be treated like something you step on and can’t get off your shoe!

So, if that happens, you may want to consider spending time with other people…the kind who worry less about looking better than you and more about being a better friend!

What do you guys think? Do you have any advice for Nerd Friend?