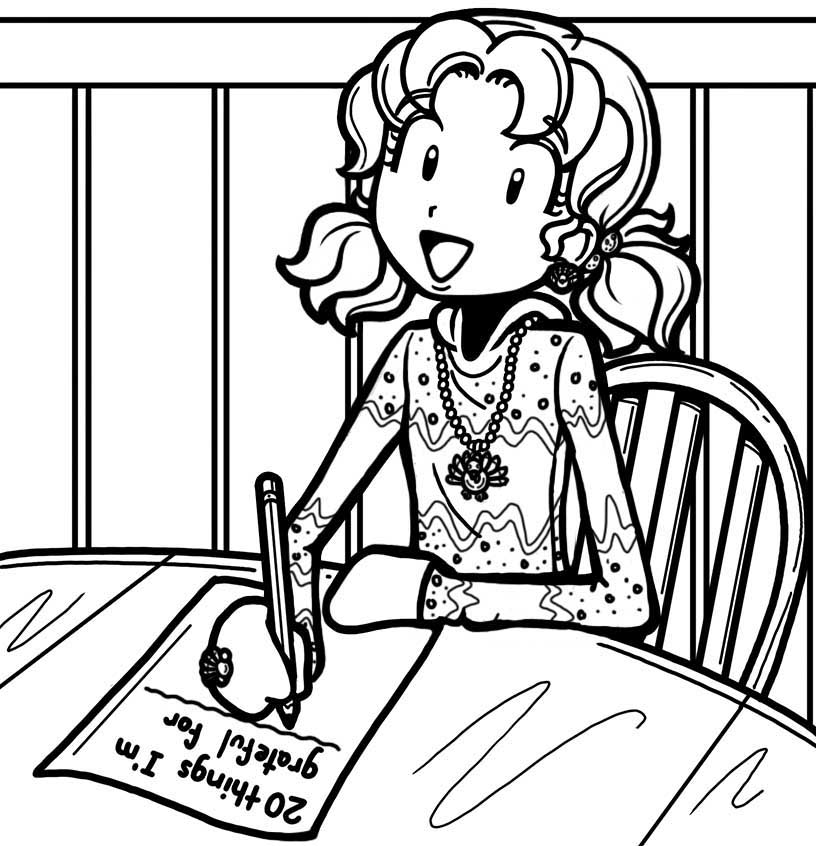 I can’t wait to eat a HUGE plate full of turkey, stuffing, mashed potatoes, and gravy. And I’m all about the pies! Pecan, pumpkin, apple, I love ‘em all and can’t get enough!

But I’m most excited about reading my gratitude list.

My mom makes us write them every year, and I usually write the same old stuff. But this year, I decided to come up with some different, kind of weird things to make it a lot more fun and interesting. Here’s what I came up with…

1. My big toes (because it would be awfully hard to walk without them!)

3. Toilet paper (because regular paper would be uncomfortable and wouldn’t fit on the toilet paper holder thingie!)

4. Bugs (because my dad wouldn’t have a job without them, and I’d never have met Brandon, Chloe, Zoey, and all my other friends!)

5. Steve Jobs’ brain (because if he didn’t have that, he wouldn’t have made Apple stuff, like iPhones, iPods, and iPads!)

6. Pepperoni (because without it, my pizza would be naked…and nowhere near as tasty!)

7. Miss Penelope (because without that wacky little hand puppet, Brianna would want to play with ME 24/7!)

8. Janitors (because without them, there’d be no janitor’s closet for Chloe, Zoey, and me to meet in, and oh, what a sad world that would be!)

9. Red stop lights (because without them, I’d be at school even earlier, and I’m already there long enough!)

10. Tuition bills (because if it weren’t for mine, I wouldn’t have formed my band and entered the talent show…and that was so much fun!)

12. Fur (because without it, all the animals at Fuzzy Friends would look a lot creepier and a lot less cute!)

13. Oatmeal, sour cream, and split pea soup (because my fake vomit would look OBVIOUSLY fake without them!)

15. Coffee (because my mom says she’d be a monster in the morning without it, and I DEFINITELY don’t want to see that!)

16. All the boys who have dumped Taylor Swift (because without them, she wouldn’t write such awesome songs!)

17. My taste buds (because without them, I’d have no idea just how amazing so many things taste!)

18. Scissors (because without them, I’d look like Rapunzel…and it would be REALLY hard to walk!)

19. The fact that baby teeth fall out (because if they didn’t, I’d have WAY too many teeth in my mouth, and that would look totally freaky!)

20. All of your parents (because without them, you guys wouldn’t be here, and you’re all totally awesome!)

That’s it! What do you think? And what are YOU thankful for this year?