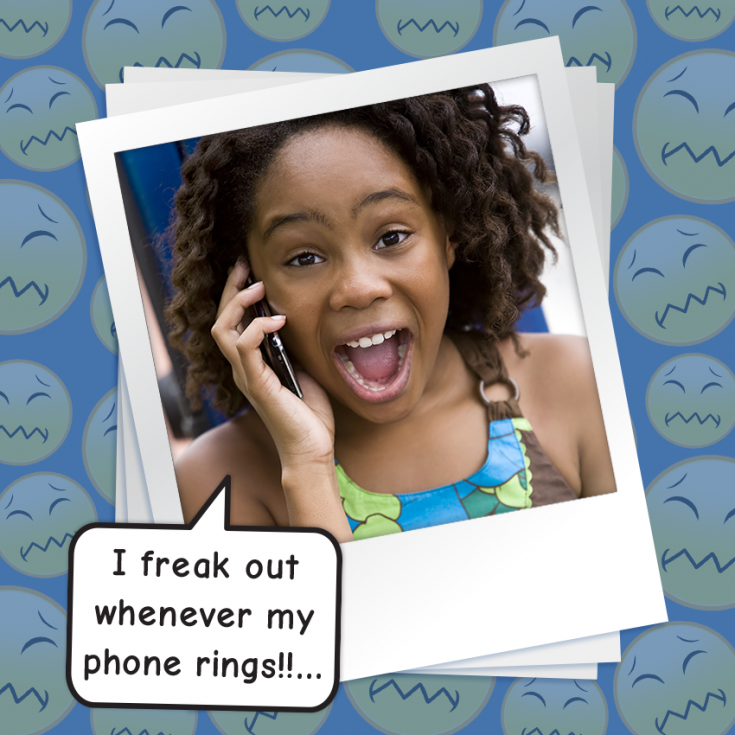 I love talking on the phone to my BFFs and we can blab non-stop for hours. However, I just made some new guy friends at a karate class I recently joined.

It’s easy for me to talk to them when we’re in class, but on the phone it’s totally AWKWARD!

I’m happy to get their calls but after the “Hey, what’s up?” and my answer, “Um, not much!” there’s nothing but dead silence. Then, the guy quickly makes up a lame excuse for why he needs to hang up.

It’s gotten so bad that I’m starting to freak out when my cell rings.

Any suggestions for how to hold a phone conversation with guys?

I think I get what’s going on here. You’re feeling pressured on the phone because it’s just you and him with no other people or activities that you both can focus your attention on.

In class, the focus isn’t all on what you have to say. The conversation isn’t forced, because it’s not the whole point of going to karate (or else you’d need to have competitive conversations to get your black belt).

And if you happen to say something you think sounds dumb, it doesn’t seem like such a big deal, since the second after you say it everyone gets distracted by some kid who just broke five pieces of wood with his nose.

However, when you talk on the phone, the pressure’s on because the only point of calling someone is to talk. So, it makes you feel super nervous and like you need to have something very interesting to say.

The good news is, you don’t! See, these guys from your class aren’t calling you because they expect you to have some amazing thing to say to them.

It’s not like they think you have a stand-up comedy routine prepared, or they’re hoping you’ll recite the Gettysburg Address, word for word. (That’s a speech from President Lincoln, in case you didn’t learn about that yet!)

They’re only calling because they like you, which should go a long way in making you relax! That means the pressure is on them to come up with something to talk about.

And if they don’t have anything to say, you have two choices: You could say, “Did you just call to say ‘hi’?” and then see if they come up with something better to talk about.

Or, you could use this as an opportunity to get to know them beyond how well they kick and punch, and ask questions like, “So, what do you like to do when you’re not sparring at the dojo?”

If you go the second way, odds are they’ll start asking questions about you, and before you know it, the conversation will be flowing.

I’m sure these guys will be psyched if you decide to do that – because, let’s face it: they clearly like talking to you and want to know you better!