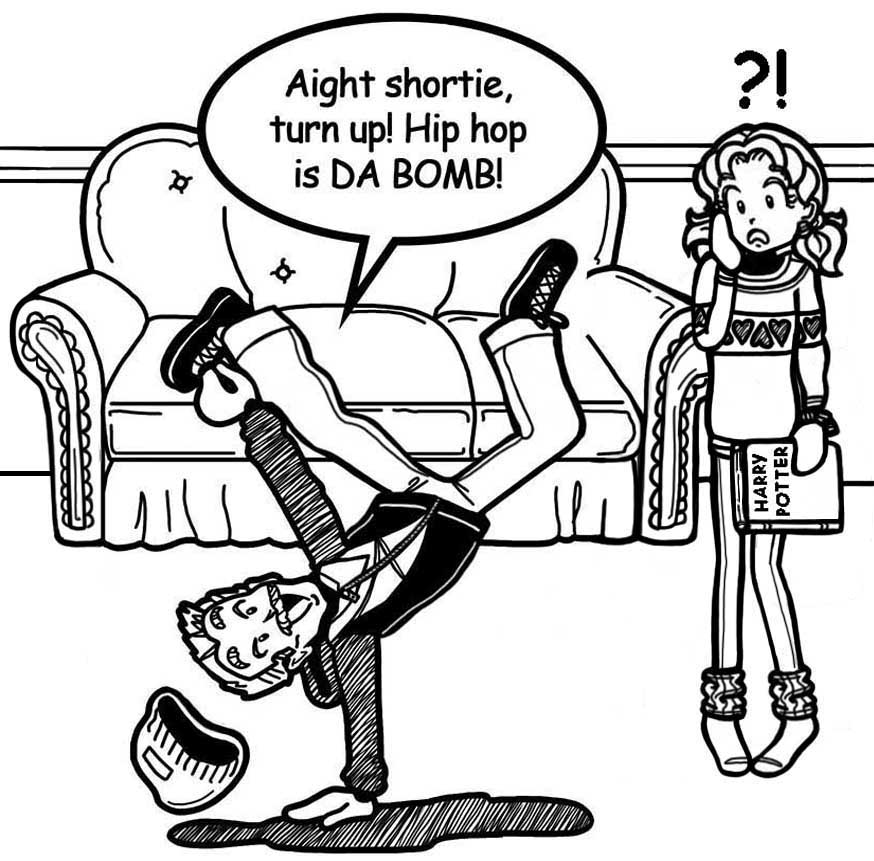 You know how good friends do stuff for each other? So do I, and that’s why I feel HORRIBLE that Chloe needs my help and there’s nothing I can do!

She has this HUGE math test tomorrow, and she asked me to come over and study with her using flash cards. Asking me to help with math is like asking Taylor Swift how to NOT get dumped by a boyfriend…So not a good idea

But I’d do anything to help a friend in need! Seriously, there are three things I’d happily do any day of the week: eat Chunky Monkey ice cream, watch old episodes of Tyra, and be there for my friends. (And if I can do all three together, even better!)

But on THIS day of the week, I have something I have to do with my dad, and it doesn’t involve tasty treats, my TV, or Chloe, Zoey, and Marcy

It’s something I REALLY don’t want to do, and I’ve tried my hardest to get out of it.

But he didn’t buy ANY of it! What was this horrible thing I didn’t want to do?

It’s not that I don’t want to spend time with him. If he wanted to take me to the mall, to get a pedicure, or to do something teen girls actually love, I’d be all for it!

But no, he doesn’t want to do anything normal, because my dad is about as normal a talking camel with pudding-filled humps!

That’s right, my dad not only wants me to dance with him in public, he wants me to do it wearing matching baggy jeans and backwards baseball caps.

I am SO mortified!! I’d rather study math!

I just know he’s going to humiliate me! Since it’s a hip hop class, he’ll probably try to use slang and just end up sounding dumb and old…like, “Aight shortie, turn up! This class is da BOMB!”

And he’ll probably try to rap along with the music, which is just all kinds of wrong! The only thing my dad should RAP is my sandwich for lunch! (I know, I spelled it wrong. It’s a joke!)

I tried to suggest some other things we could do for father/daughter bonding night, things that wouldn’t scar me for life, but he’s all about this class!

I guess his friend went with his daughter and they loved it, but there are a million and one other classes I’d rather take…like “Intro to Being Sprayed by Skunks” and “Playing Dead for Beginners.”

How do I get out of this? I DESPERATELY need your help!