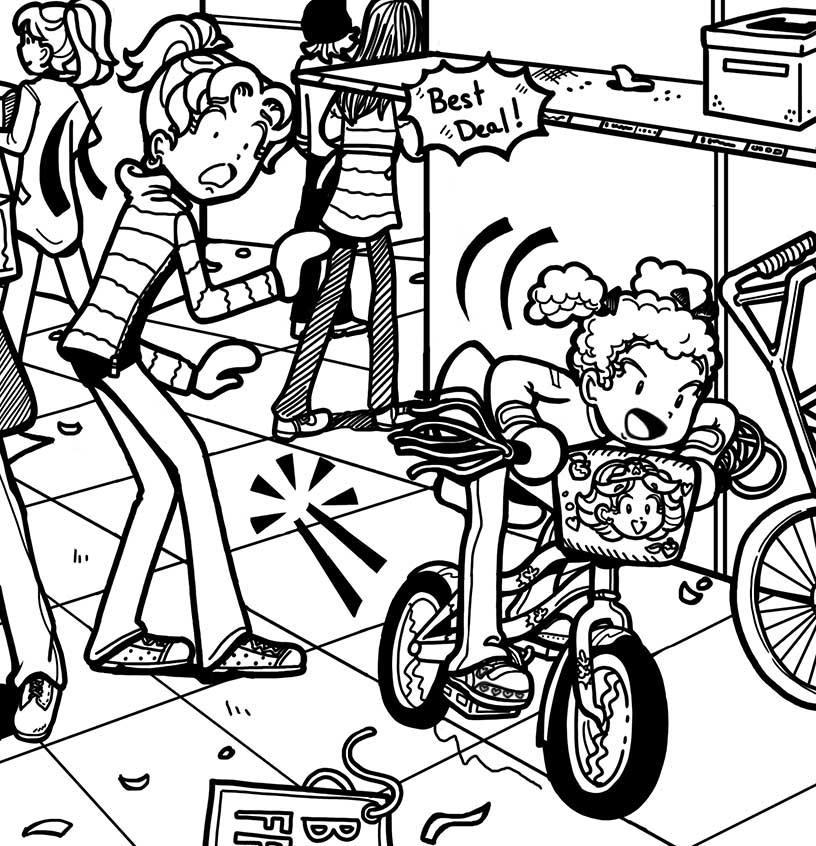 I’ve never hit the mall on the day after Thanksgiving before, and I didn’t realize just how NUTS people get when stuff goes on sale

When my mom asked if I wanted to go shopping with her and Brianna at 6:00AM on Friday, at first I was like, “Sure, if by ‘shopping’ you mean ‘drooling and dreaming’…because that’s WAY too early to function!”

Then she told me I could get an iPad mini for half off, and suddenly sleep seemed a whole lot less important!

I wasn’t really all that tired or annoyed when my alarm clock went off at 5:30, because I’d fallen into a DEEP food coma the night before around 9:00.

And there were actually birds chirping a cheery little song right outside my window (I bet they were psyched that they’re not turkeys!), so that was pretty cool.

The morning was off to a really awesome start, and it got even better when my mom asked, “Who wants a bacon egg and cheese biscuit from McDonalds?”

She’s usually all, “No fast food in this house! The only BIG MAC you can have is a big bowl of my super healthy macaroni, tuna and broccoli salad!”

But I guess the promise of a cheap weed whacker for her garden made her lighten up a little!

I assumed there wouldn’t be a ton of people out, since we left the house pretty early. I mean, I wasn’t the ONLY one who ate myself into a turkey-induced stupor on Thanksgiving. But, BOY, was I deluded!

When we got to the mall, it looked almost like it was an island surrounded by a sea of people. Seriously, there were that many shoppers outside!

You’d think Katy Perry was signing autographs in the entryway, because people were pushing, shoving…and some even roaring!

When we finally got inside, it was super hard to get into the stores we wanted to go to. Everywhere we went, there were lines out the door, and NO ONE was happy about that!

This one guy in the line at Best Buy was so frustrated that he was practically foaming at the mouth. And when an employee tried to get to the front of the line, he yelled, “No cutting! Let’s get him and show him what we do to cutters!”

I had a feeling he didn’t know anyone else in line, so I had NO IDEA what he thought “we” were going to do to people who cut in the line.” (Yell at them? Make them go to the back of the line? Tickle them?  Tie them up and roast them on over a campfire?)

But the worst part of the day was when we finally got into the toy store. That’s when Brianna COMPLETELY lost it.

It was SUPER crowded, so she yelled, “Alright, I’m going to count to three, and everyone better CLEAR OUT of the store by then OR ELSE!”

But of course nobody listened to a word she said, so she had a huge meltdown.

Since I’m a totally awesome big sister, I whispered to my mom, “Why don’t you take her to see Santa to cheer her up, and then I can buy her Christmas gift while you’re gone! Leave your keys, though…I’m gonna need them!”

The best part was that I could totally afford the bike because it was on sale for 75% OFF the regular price!!  SQUEEEEE!!   My plan was to put it in the trunk before Brianna saw it, then sneak it in the house, wrap it, and put it under the Christmas tree. It was going to be the BEST present EVER!!

After 30 long minutes, I finally made it to the front of the line to check out and pay for the bike. I was super relieved to be SO close to leaving that KA-RAY-ZEE  toy store MADNESS!!

But right before the lady at the cash register could ring up the bike, this cute little girl old came out of nowhere, hopped on it, and started riding it all around the store screaming, “I LOOOVE Princess Sugar Plum!!!”

Security chased her down and I got it back, but still, the whole thing was INSANE!

Have you ever gone shopping on Black Friday before? What was it like for you? And did you get anything good??