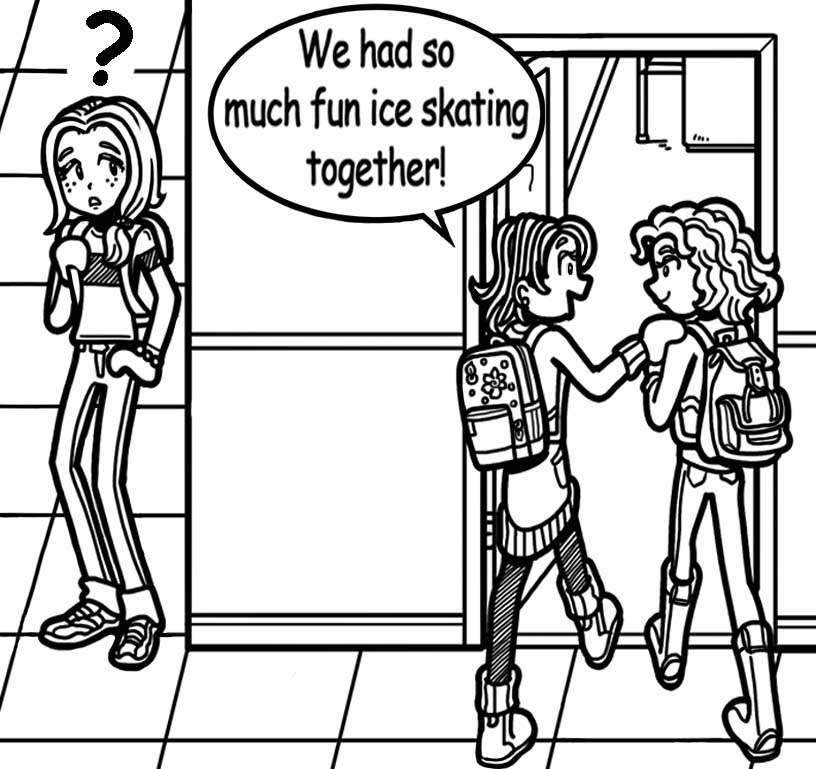 Last week my two best friends went ice skating, and they didn’t invite me. I only found out because as I was walking into class, I heard them talking about what a great time they had.

That same day, I had asked them to hang out, but one told me she had a ton of homework, and the other said she had family over. I’m confused! Do they not want to be friends with me anymore?

Hi Mary! I’m so sorry to hear about this super stressful ice skating drama! It sounds like your friends were pretty sneaky and inconsiderate, but its possible there’s some other explanation for this.

Maybe they wanted to spend time together, just the two of them, and didn’t want to hurt your feelings.

Maybe their moms planned the whole thing last minute and they couldn’t remember your mom’s number.

Or, maybe they DID invite you, super quietly so you didn’t hear, and then you only DREAMED that they lied to you.

OK, so that last one is pretty unlikely, but my point is, things aren’t always what they seem!

The only way to know what REALLY happened is to ask them.

I know you’re probably totally upset about this, but you want to confront them in a way that won’t make them feel defensive.

(So that means you probably don’t want to shout, “Did you do your homework on the ice, liar number one?? Did your grandma do those spinning ice skating jumps with you, liar number two??)

Your best bet is to ask them SEPARATELY how they ended up at the rink when they originally said they were going to do something else.

If, for some reason, they were mad at you, and they talked about it while they were hanging out, they’ll probably be more honest about it if they’re not together.

I’m not saying they’re definitely mad. For all you know they went ice skating without you so they could plan an awesome surprise party for you!

You won’t know until you ask. Hopefully, when you do, they’ll remind you why they’re your BFFs with some totally understandable explanation, a big hug, and an invitation to go ice skating!

What do you guys think? Do you have any advice for Mary?