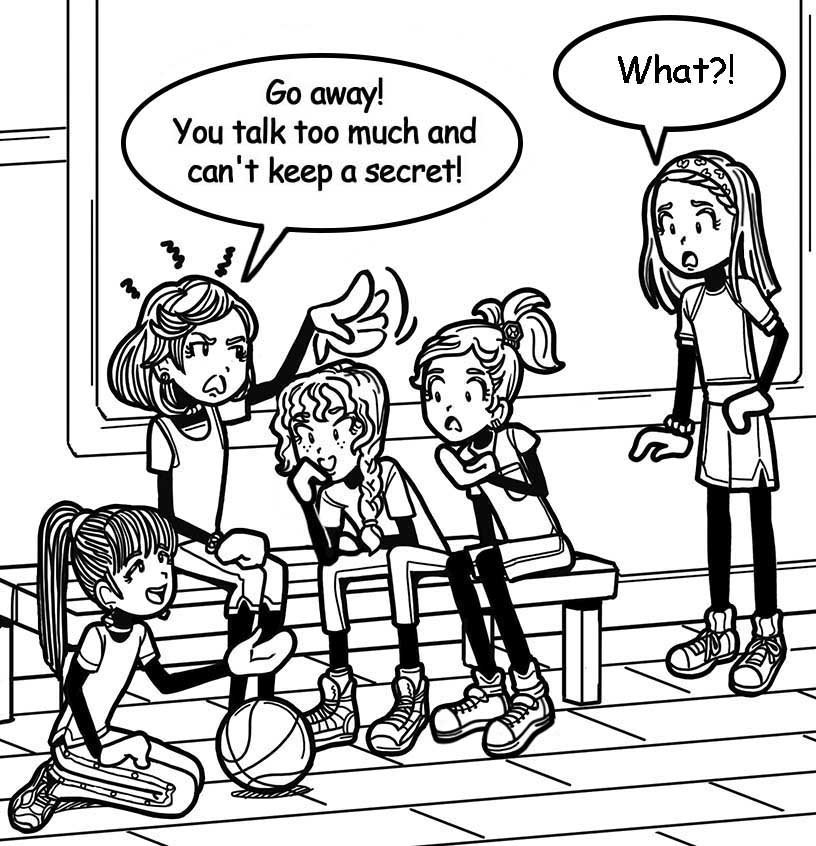 People tell me I talk too much. One of my not-so-close friends was telling my BFFs a secret, so I wanted to be with them, but that friend sent me away. And I heard her say, “All my friends can know but not her.”

Then I was at a party and they were playing Truth or Dare, and I wanted to play, but they got rid of me again. A friend’s little sister told me it’s because I’m loud and can’t keep a secret (but I can). It’s affecting my ability to make and keep friends.

Hi Rhoda! I’m so sorry you had to deal with these two super stressful situations.

Your not-so-close friend sounds like a not-so-nice frenemy, because really, WHO DOES THAT?!

And the kids at the party should have dared themselves to be decent human beings, because it’s SO not cool to leave people out like that!

Still, they’re probably saying these things for a reason. And since you mentioned that you CAN keep a secret, I’m guessing that maybe you’re a little on the chatty side.

I’m not saying you’re a full-blown blabbermouth, but maybe you dominate the conversation sometimes. You’ll know this is true if:

-When someone else is talking, you get SO anxious waiting for your turn that you start shaking a little, like you really have to pee but you’re on the bus, five miles from home.

-No one around you can ever finish a sentence. So, if your friend says, “Last night at the mall…” you interrupt with, “Speaking of the mall, I sat in one of those coin-operated massage chair thingies for so long last week that my butt fell asleep!”

-When you DO let people finish their sentences, you respond with “Uh huh.” As in, “Uh huh. Fascinating. NOT! You’re so boring I can’t even think of a single real word to say in response!”

-You ALWAYS have an answer, no matter what people are talking about. If your friend says, “I wonder if I’ll like high school,” you hop in with, “Statistically, one out of four girls gets so freaked out by high school she develops nasty acne, explosive diarrhea, excessive sweating, and restless leg syndrome.”

-You LOVE to share gossip about other people just because it gives you something to say that feels juicy and entertaining.

If any of these things sound like you, then you might want to practice breathing deeply instead of talking, and show people you’re listening to them by nodding your head and asking them questions about what they’ve said.

The deep breathing helps in two ways: you stop dominating the conversation AND you calm that spastic “MUST TALK NOW!” energy that makes people think your words are poison and you have to let them out or else you’ll spontaneously combust.

Also, you could give yourself a “one sentence challenge.” Instead of rambling on and on, stop, think about what you want to say, and see if you can get the point across in one sentence.

And lastly, NEVER talk about other people behind their back, even if everyone else is doing it. This way, people will start to see you as trustworthy, and before you know it, they’ll be all, “OMG, I have to tell someone this secret! Where’s Rhoda?!”

What do you guys think? Do you have any advice to add?