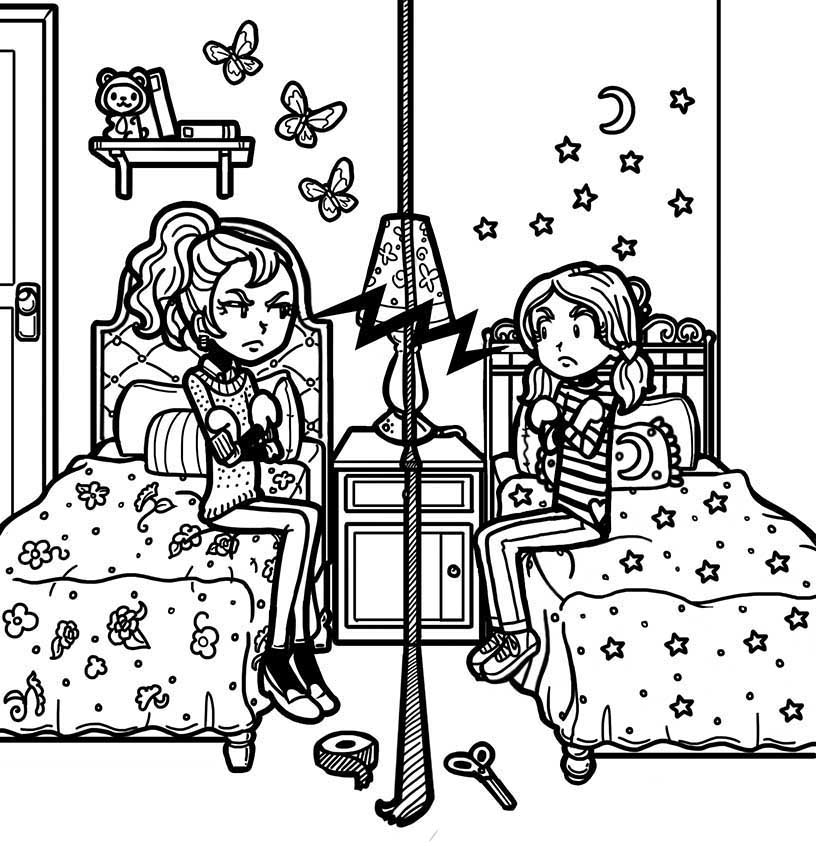 My sister and I always fight over small things, and almost every day. It’s terrible!

My parents keep saying, “You should stop fighting! You two are sisters!” But we can’t seem to stop! What should I do?

Hi Kendra! I can TOTALLY relate to this! I fight with Brianna all the time, and it’s usually over small stuff, too, like her small but HUGELY annoying hand friend, Miss Penelope, and her small but MASSIVELY irritating voice.

Some of the things that work for me might not work as well for you, if your sister isn’t a lot younger, like mine is.

(They really need to stop making so much Princess Sugar Plum crap!)

Still, I’ve learned a few things that can help even if your sister isn’t six and easily manipulated!

First, try to find the big stuff under the small stuff. Usually, when you’re fighting a lot over little things, they aren’t REALLY the problem.

The real problem is something else that’s making one or both of you aggravated and annoyed.

Maybe one of you is jealous of the other one, or you’re both going nuts because you have to share a room and you REALLY need your own space.

Or, maybe one of you is holding a grudge about something that happened a while back. (Like that time you told your mom your sister failed her math test, and then she had to study all weekend instead of going to her BFF’s sleepover.)

Once you figure out what the REAL problem is, you can do something about that, like apologize if your sister WAS holding a grudge. Things will likely get a lot better after that!

Another idea is to sit your sister down and say, “I know we’ve been fighting a TON lately, and I really want to change that. Why do YOU think we fight so much? And what do you think I could do to help us get along better?”

This way, you’re giving her a chance to air out whatever is on her mind, and you’re also showing her you’re willing to do your part to make things better.

After you’ve done this, then you can say, “OK, I can work on that! It would really help me if you…”

Then you can tell her what SHE can do to help. Just be sure not to sound like you’re blaming her!

It would be totally cool if you could ask me before using my stuff, just in case I want to use it!

Stop using my stuff without asking! It’s not yours and I’m SICK of it…and YOU!
Lastly, start doing nice things for her every now and then, like helping her with her chores or homework.

I know that’s probably the last thing you want to do when she’s getting on your nerves. That’s why you should do nice stuff BEFORE she gets on your nerves.

If you’re nice to her, she’ll be nicer to you.

Think of it like washing your face at night. If you do it regularly, you won’t get big, nasty zits. Your stupid little fights are like those big, nasty zits…and you can TOTALLY prevent them!

What do you guys think? Do you have any advice for Kendra?