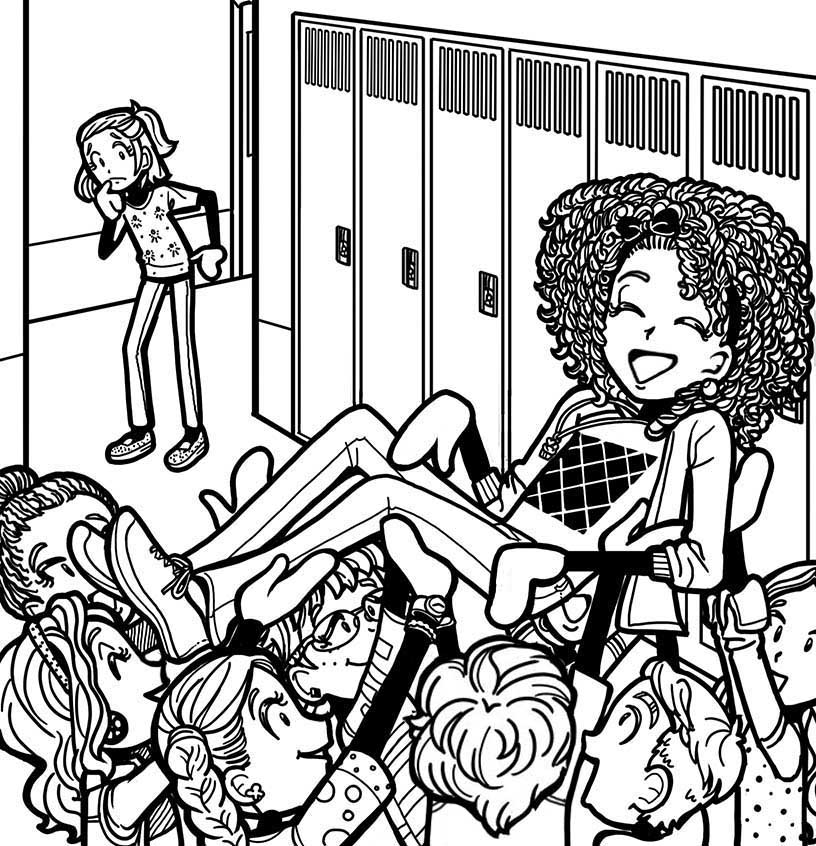 My cousin, who is my best friend, is amazing. She’s outgoing, friendly, and popular.

When we were little, we were practically twins, connected by the arm. But, ever since she dated and broke up with this popular guy, everyone knows and loves her. I mean, it’s great that she isn’t shy, like me, but it’s NEVER just US anymore.

I’m kind of jealous that she’s so outgoing, and I’m also jealous that everyone is obsessed with her. I feel like we’re drifting apart. Help!!!

Hi there, my shy new friend!

I totally get how frustrating it is to feel like you’re sharing your BFF with so many other people.

Actually, I don’t REALLY get it. I love Chloe and Zoey, but those girls are as dorky as I am! People might say they’re annoyed with them, or indifferent about them, or embarrassed being seen around them, but NEVER obsessed with them!

Still, I can IMAGINE how frustrating it would be to feel like you’re competing for your friend’s attention.

Your cousin is actually really lucky to have you. This is a SUPER tough situation to deal with, and you could easily get mad at her, like it’s somehow her fault that she’s so dang likeable.

It wouldn’t be the RIGHT thing to do, but people do weird stuff sometimes when they’re feeling jealous and insecure.

Not you, though! You realize she’s popular because she’s amazing, and you’re not trying to take that away from her…you just don’t want to lose her!

I’m sure all these kids who follow her around like she’s Taylor Swift and they’re the paparazzi don’t REALLY know her like you do. And in the same way, she probably doesn’t know and value them like she knows and values you.

Sure, it feels cool to know that tons of people think you’re awesome for being able to balance your cat on your stomach when you’re in a backbend…while drinking chocolate milk out of a straw.

But you’re probably most excited about “likes” from the people you know the best, because those are the people whose opinions you care about the most.

As for feeling like it’s never just you two anymore, why not tell her how you feel?

You don’t have to be weird about it or anything, like, “I can’t take it anymore! I want you ALL TO MYSELF!!!!”

You could just say, “You know what would be cool? If we could do something fun together, just the two of us, like the old days! What do you say?”

Things will keep changing for both of you as you get older, meet new people, and do different things, so you might not be able to do this 24/7. But a little quality BFF time can go a long way!

What do you guys think? Do you have any advice for our shy friend?