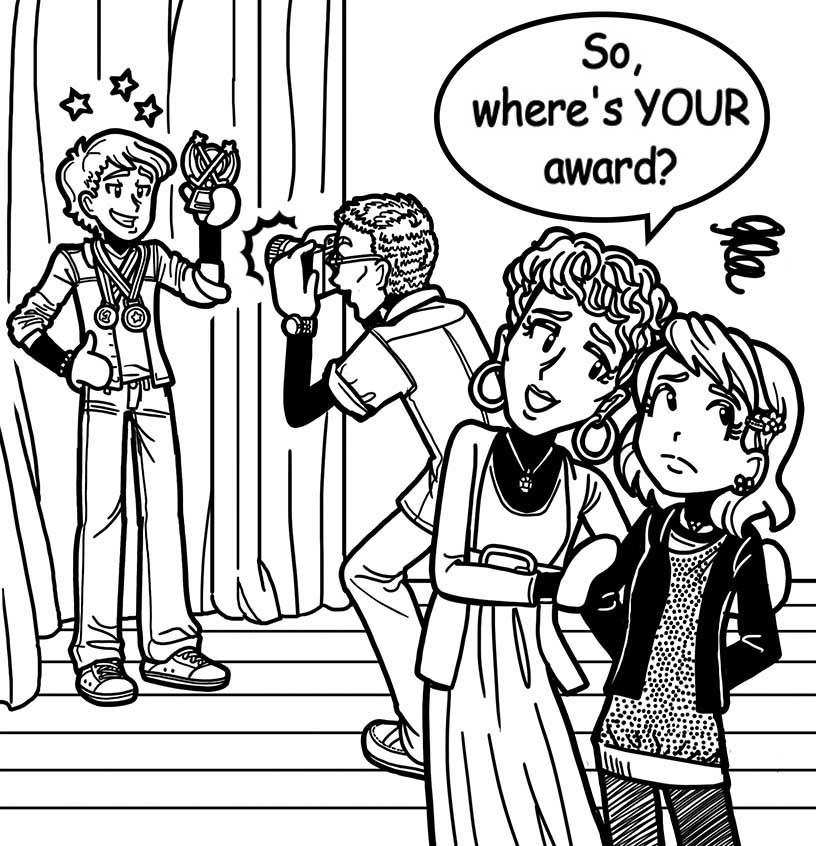 My family values intelligence over everything else, and my brother is really smart. He has medals, awards, honors, and he’s taking pre-calculus, even though he’s only 13.

It’s a lot to live up to, and my parents are always comparing me to him. They say, “Your brother had already finished Algebra in the middle of 6th grade” and “You’re so far behind him.”

I feel like I have to be smarter and better than I already am. What should I do?

Hi Lena! It stinks that your parents are always comparing you to your brother. If they wanted two of him, they should have had twins! (OK, so you can’t just ORDER twins, like a double cheeseburger at McDonalds, but still!)

Before I give you any advice, let me just say this: there’s nothing wrong with you! Sure, it’s cool to take pre-calculus, but there are some awesome people out there who aren’t great at math. (Not to brag or anything, but I’m one of them!)

I think the first thing you need to do is tell your parents how you feel. They likely don’t realize it makes you feel bad whenever they compare you to your brother, or else they wouldn’t do it.

They probably think they’re motivating you to do your best, as if they’ll say, “You’re SO far behind!” and you’ll be all, “Oh, I am? I’ll just give up sleep so I can study eight extra hours per day and catch up!”

Hopefully, after you tell them this is hurting you, they’ll start appreciating you for the unique person you are.

But they might mess up from time to time, since they’re used to saying these kinds of things.

That’s why it’s also important that YOU appreciate yourself for the unique person you are. Just because your parents think medals, awards, and honors are the most important things in life, that doesn’t mean they’re right!

Everyone has their own strengths. Like, Brandon is awesome at photography. And Zoey’s great at self-help stuff. And Chloe’s an expert on dating and guys. (It won’t get her a scholarship or anything, but hey, that’s a valuable skill!)

If you can figure out what your strengths are and focus on those, it will be a lot easier to feel good about yourself, even if you’re not good at the same things as your brother…and even if your parents aren’t all that good at treating you like your own person!

What do you guys think? Do you have any advice for Lena?