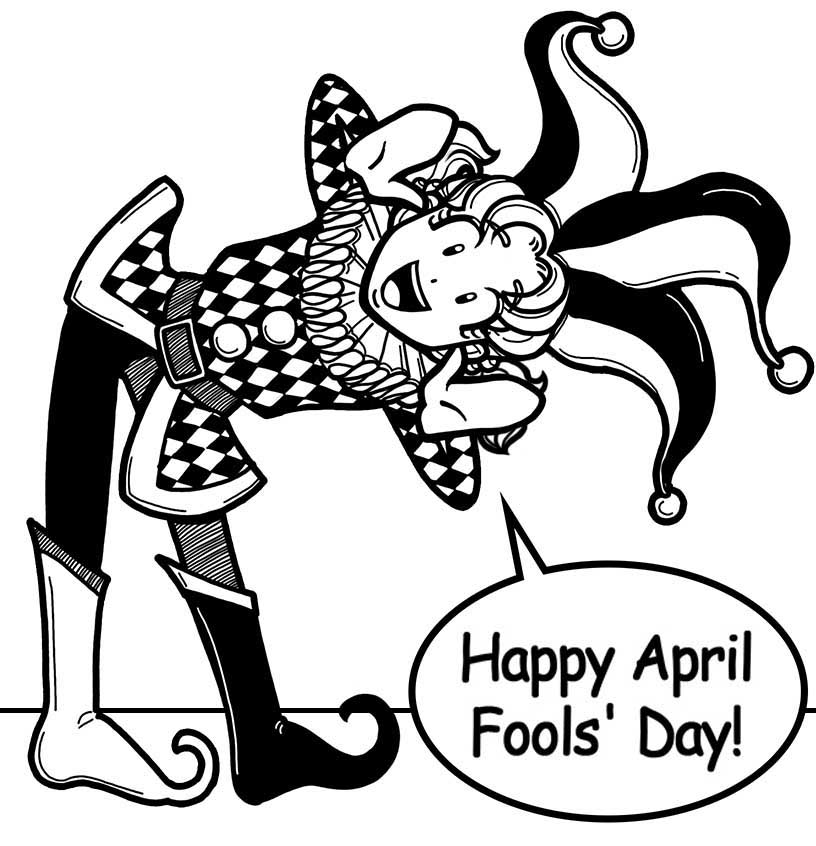 Squeeee! I’m SO excited that tomorrow is April Fools’ Day! I have the BEST pranks planned for my parents, Brianna, Chloe, and Zoey!

I found some of these online, and I think they’re INGENIUS!

After everyone goes to sleep tonight, I’m going to pour a bowl of generic high fiber raisin bran. (It’s my dad’s favorite cereal, because he’s cheap and constantly constipated. TMI? I know! That’s what I said!)

Then I’m going to put the bowl in the freezer so when I take it out in the morning it will look like his usual breakfast…except the milk will be frozen SOLID!

After I do that, I’m going to grab my mom’s iPhone out of her purse and change her autocorrect settings so that whenever she texts the word “you,” it automatically changes to “aliens.”

Then for Brianna, I’m going to draw a little dot on her ear when she’s sleeping (using a pen that’s safe for skin!)

And when I see her in the morning, I’m going to gasp and say, “OH NO! You have a Piglatinoma on your ear! Pretty soon you’ll ONLY hear in pig latin! Iyay opehay ityay isyay otnay ontagiouscay!”

(That’s “I hope it isn’t contagious” in Pig Latin. Get it now? Piglatinoma? I came up with this one myself!)

Then, at school during lunch, I’m going to walk up to MacKenzie and say, “Brandon is SO sweet! He just gave me a bag of Oreos and said, ‘Make sure you share one with MacKenzie!’ Here you go!”

She’ll be SO flattered that he thought of her that she won’t think for a second they’re MY Oreos, and I replaced the white filling with toothpaste!

(OK, so this one isn’t really an April Fools’ joke. It’s just something she has coming to her since she’s SUPER mean and nasty, all year round!)

After that, I’m going to do another phone-related prank on Chloe and Zoey. First, I’ll say, “My stomach is KILLING me! Will you guys get my lunch if I give you my money? I’ll sit at the table with all our stuff!”

Then, while they’re up getting food, I’ll change my name in their contact list to “Your conscience.”

And after lunch, when they’re in their next class, I’ll text them stuff like, “You know you should be paying attention and NOT doodling in your notebook, right?”

I think I have some super funny ideas! I wish I could come up with something good for Brandon, but I don’t want to do anything mean or embarrassing!

What do you guys think? Have you ever pulled an April Fools’ Day prank on a crush? And are you planning any pranks for tomorrow??